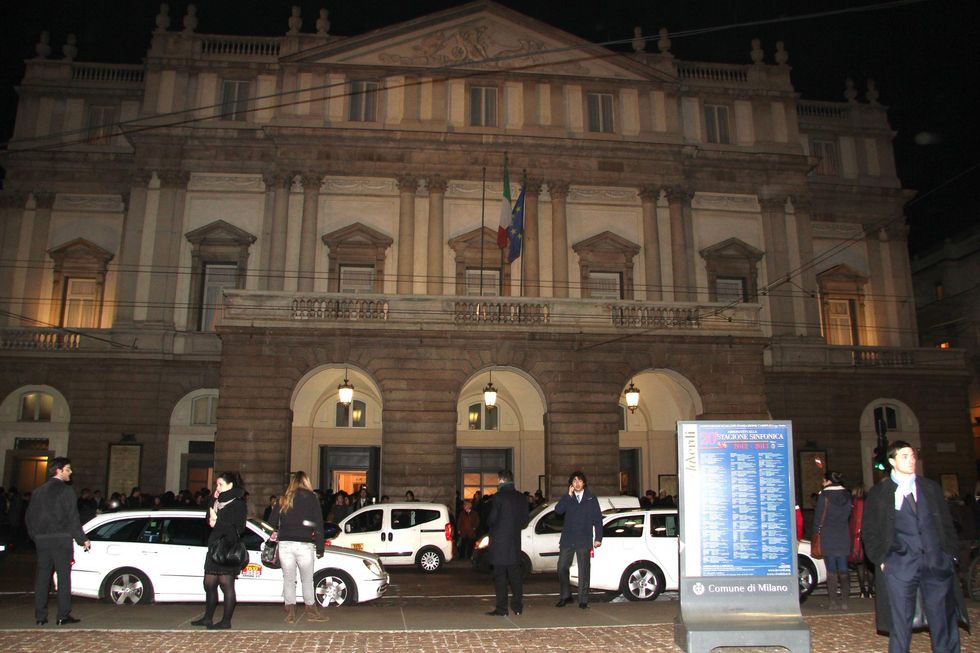 In Italy, from north to south, the Christmas season opens with exclusive events with many VIP guests attending.

Lapo Elkann and his girlfriend, Kazakhstan billionaire Goga Ashkenazi, who has taken full ownership of the fashion label Vionnet, will make their official debut as a couple at the famous Theatre La Scala in Milan, on the occasion of next Friday Première. Marta Marzotto, Marta Brivio Sforza, Dèborah Fracois and Gabriella Dompé, wearing a Bottega Veneta dress embellished by a Liborio Capizzi stole, will be attending too.

And some exclusive news: the actress and scriptwriter Sabina Negri will be at Piermarini with Didier de Cotignies, Paris Symphony Orchestra conductor, and guess what? This gentleman lives inside the Paris Opera ( though he is not a phantom...)

The official gala dinner after the Scala Premiere will take place at Circolo del Giardino, however many other people will  go to the Baretto, the stylish cocktail bar of the Baglioni Hotel with a secret menu for this special occasion, the place is already all booked up. Many others will go to Giannino restaurant, where the patron has prepared a fish menu...

No vip parties for Tomaso Trussardi and Michelle Hunziker: but romantic and quiet dinners at the secluded and supervip restaurant Da Vittorio, at Brusaporto, in the Bergamo province. Whenever they can, the heir of "greyhound," (the symbol of Trussardi fashion house ,) and the most loved showgirl of Italy, leave the city and take refuge in this (also gastronomic) paradise with splendid greenery, a Hollywood movie set-like lights and even a statue spilling chocolate.

In the centre of Rome, hundreds of fans have been chasing James Franco, who is in the Italian capital for a charity initiative. Oscar winning film director Paul Haggis is with him, and Mila Kunis is also in Rome: according to many, she is the most beautiful woman in the world. Her fans got wild in autograph hunting. And, on top of this, if you think that, her boyfriend is Ashton Kutcher, Demi Moore's former husband.... All done! Could Rome become again the "Hollywood on the Tiber" of the mythic sixties?

Would you ever expect to see Carla Bruni at Plana Campana for a Christmas lunch? The former French first lady was at that rustic restaurant with her husband Nicolas Sarkozy.

On their trip to Campania, Sarkozy visited some Neapolitan friends and Carlà had lunch with the famous embroiderer Dominga Scialò, who was accompanied by her daughter Rosalba d'Angiò, longtime friend of former top model. Maybe Carla wants a new trousseau for her little daughter Giulia...