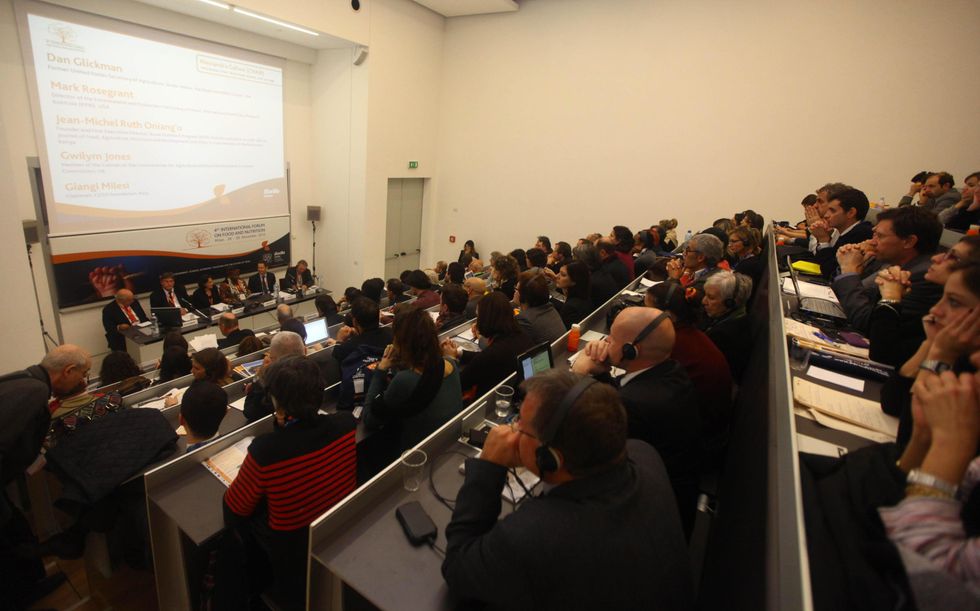 "Attract entrepreneurial talents to the city of Milan and stimulate the creation of jobs, fostering the growth of start-ups and professional activities", these are the objectives of Speed MI Up that will be presented on January 28th, 2013 in the Foyer of the Bocconi University's Aula Magna.

Staying in our European Union, the Spanish peer of Bocconi, ESADE Business School, launched the "EGarage", a place where ESADE students can find support, atmosphere and resources to launch their business. The French one, HEC Paris, relaunched the "incubateurhec", a strategic and operational mentoring program that lasts 10 months and brings start-ups from defining the business model to search the first customers.

On the other side of the Atlantic Ocean, American Business Schools are many steps ahead:

In 2010, Stanford University launched the accelerator StartX, a non-profit organization whose mission is to accelerate the development of Stanford's top entrepreneurs through experiential education.

Checking September '12 statistics, the accelerator has received 1000 applications, 90 companies have joined the program and 60 have already graduated from it. $100 Million in funding and an astonishing 85% rate of fundraising make this campus accelerator the most successful in the world.

In 2011, Harvard University launched "Hi", Harvard Innovation Lab, with the aim of giving the possibility to explore entrepreneurship through workshops, to get advices and resources to launch ventures, to scale small ideas getting ready to the mass market and to get helped by the Harvard alumni community.

Today, in the ex campus of the Facebook founders, more than 80 start-ups have used the Hi services and facilities.

It's a chance for Italy to catch up the lost ground from the other countries and for Bocconi to help its students to reach their entrepreneurial goals.

A new scenario is going to be formally created giving another opportunity for Milan, and Italy, to attract and train entrepreneurs coming from the whole world.