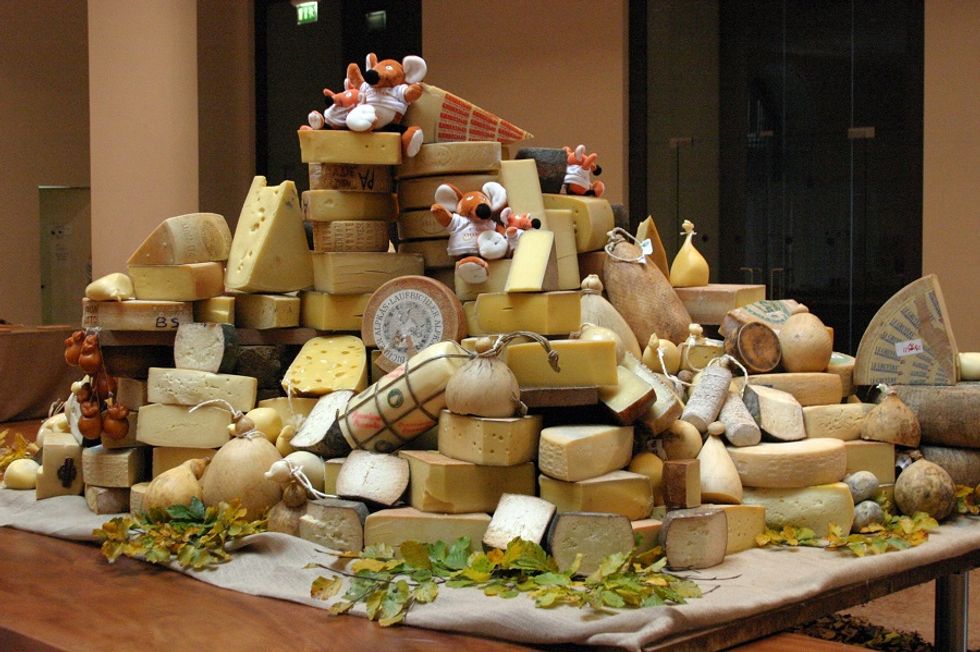 Over 300 Italian cheese will compete in 20 distinct categories of cheese in the first edition of "CaseoArt - Prize to excellence in dairy art". This incredible event, which is scheduled for the third weekend of March 2014 (15th and 16th), has been organized by "Asso Casearia", the association of graduates of the dairy school in Pandino, a small town near Cremona, in the north of Italy.  The competition will take place in the suggestive castle of Bernabò Visconti of Pandino, where the best cheese for 2014 will be officially proclaimed on the 1st of May.

The competition intends to exalt Italian dairy tradition by not only encouraging competition among professionals, but also to demonstrate the art of cheese production which, drawing on the mastery of Italian dairy producers, is one of the most important symbols of "Italian style" in the world of cuisine. An easy way to confirm the appeal of Italian cheese abroad is mentioning that in September 2013 only its exports increased by 6.1 per cent with respect to the same month the previous year, reaching 213,000 tons.

Both experts and common people will be involved in the competition. Indeed, while on Saturday all the cheeses will be examines and voted by an expertly qualified technical jury consisting of O.N.A.F tasters (National Organisation of Food Tasters) and Large Distribution buyers, on Sunday public will become judge, taster and critic. Their appreciation of taste, and therefore likeliness to purchase, will in fact be tallied through specific forms handed to individual challengers, and could become an interesting stimuli for their marketing. Also on Sunday, a special jury composed of expert gastronomes from the whole of Italy will choose the cheese that is the "best of the best" among the first prizewinners in the various categories. The dairy fair will close on Thursday 1st May in the Viscontian castle, with the proclamation of the winner who will be awarded the "Trophy of San Lucio".

According to Daniele Bassi, President of Asso Casearia Pandino, this competition "is an opportunity for visitors to discover and appreciate the multiplicity of flavours that characterize our food heritage, through a gastronomic journey that aims to educate with regards to the 'diversity of flavor'. The defense of the Made in Italy symbol must start from its recognition by the final consumer among a variety of flavours that our tradition can express."