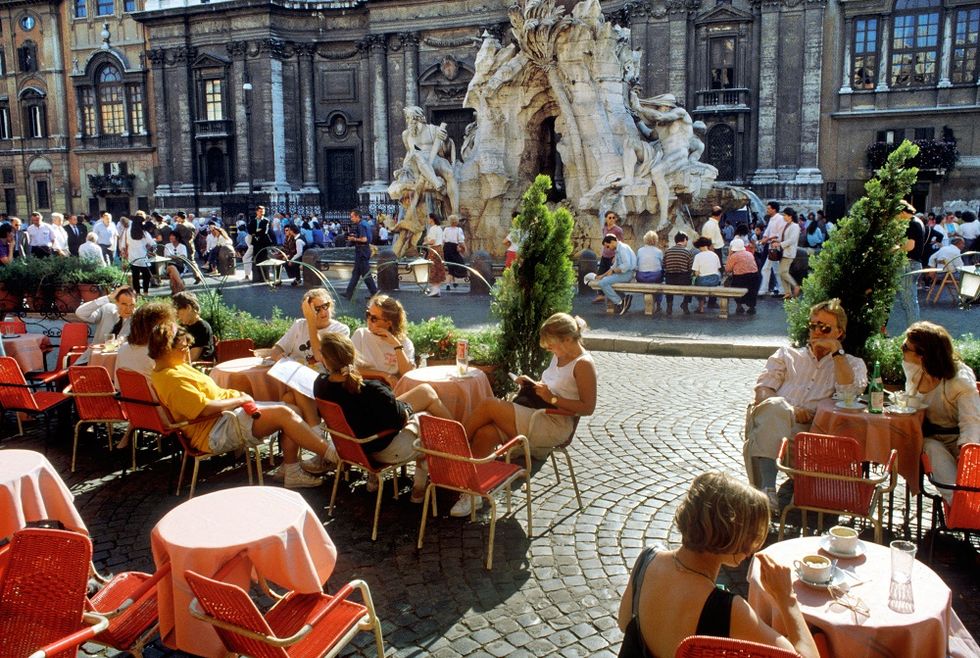 Rome welcomes Chinese tourists with a guide in Chinese

The Italian newspaper La Repubblica has recently translated in Chinese the "Guide towards the tastes and pleasures of Rome and Lazio". The new guide, which will be making Italian beauties more accessible to Chinese speakers, is becoming popular in Italy but also in China through the platform WeChat. As remarked by Vincenzo De Luca - from the Italian Ministry of Foreign Affairs - Italian authorities are committed to promote the relationships between Italy and China also in the cultural field, in order to facilitate tourism.

The new guide was conceived to offer the Chinese tourists a variety of options to be explored while in Rome, including new itineraries besides the popular ones. In fact, Rome local authorities are committed to shed more light on Rome suburbs in order to offer a greater variety of things to see and increase the time spent by Chinese tourists in the Italian capital city.

Fiumicino Airport also stands out as a relevant actor promoting the tourist flow from China to Italy. Fausto Palombelli - from Aeroporti di Roma - put in evidence the amount of resources invested in the creation of a special retail area (10.000 metres) devoted to all the typical beauties and gourmandises from Italy and Asia. Furthermore, Fiumicino is the first airport being officially recognized by the China Tourism Academy as a "Welcome Chinese Airport", and it is also very well connected to ten Chinese destinations.

Initiatives like the above mentioned ones, but also China International Radio's app CinItalia, are tangible examples of Italian commitment to make "Rome a welcoming city for all Chinese tourists", De Luca highlighted to the webpage dedicated to Chinese news AgiChina. Other significant data remarking this trend is certainly related to the visa concession: while in 2006 Italy gave 50 thousand visas to Chinese citizens, in 2015 visas reached the outstanding amount of 500 thousand. These achievements were enthusiastically commented by the Chinese ambassador in Italy, HE Li Ruiyu: "China is more and more welcomed to Italy under several aspects and I strongly appreciate such initiatives, which create bridges not only between nations but also between the hearts of people".