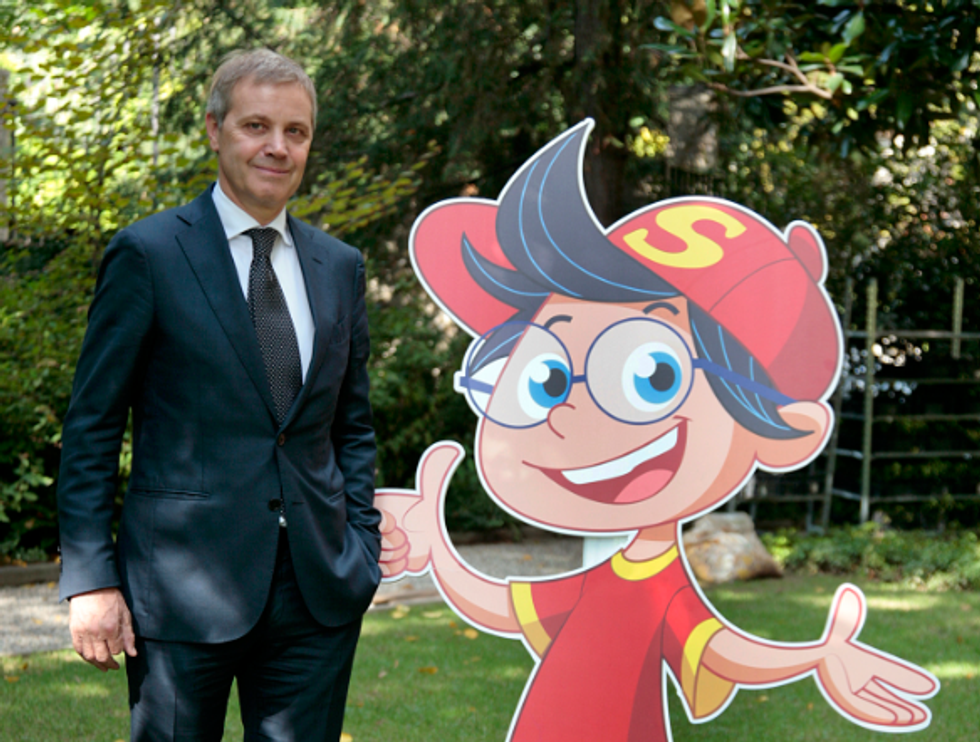 A child at play is a happy child, and no-one knows this better than Clementoni, who has been filling children of all ages with enthusiasm for three generations now. Founded before the advent of TV, when kids used to play outdoors, today the growth of this family business runs into double figures, successfully standing up to the challenge presented by the new technologies even young children are so irresistibly attracted to. Some time ago now, Clementoni began introducing modern consoles, tablets and apps for children alongside its more traditional products: a key example is Sapientino, the iconic toy first created 50 years ago that has evolved into a brand in its own right.

Today the company is focusing on an important, innovative communication project in which Sapientino springs to life in order to play with children, offering a mix of live action and animation, thus bringing it out of the toy box and turning it into a modern-day kid with a cool hairstyle, dressed in a t-shirt, jeans and untied sneakers, ready to interact with his flesh-and-blood peers. «We like to think that this new chapter in the Sapientino story will be able to continue to transmit the values our company has always been founded on», says Giovanni Clementoni (in the picture), CEO of the company and part of the second generation at the helm, along with his three siblings Stefano (Asia area), Pierpaolo (product development) and Patrizia (human resources).

It all began in 1963 in Recanati (in the Marche region), thanks to the intuition of the company’s founder, Mario Clementoni, who introduced the hitherto unfamiliar concept of the board game to Italy. The growth that followed turned Clementoni into a pocket-sized Italian multinational, which today records a turnover of €156 million and has branches in nine countries. In the last six years, turnover has risen by 50%, while exports now account for 55% of revenue. Despite this strong focus on foreign markets, the business remains deeply rooted in its area of origin, where it employs 500 workers and where 80% of its products are manufactured.