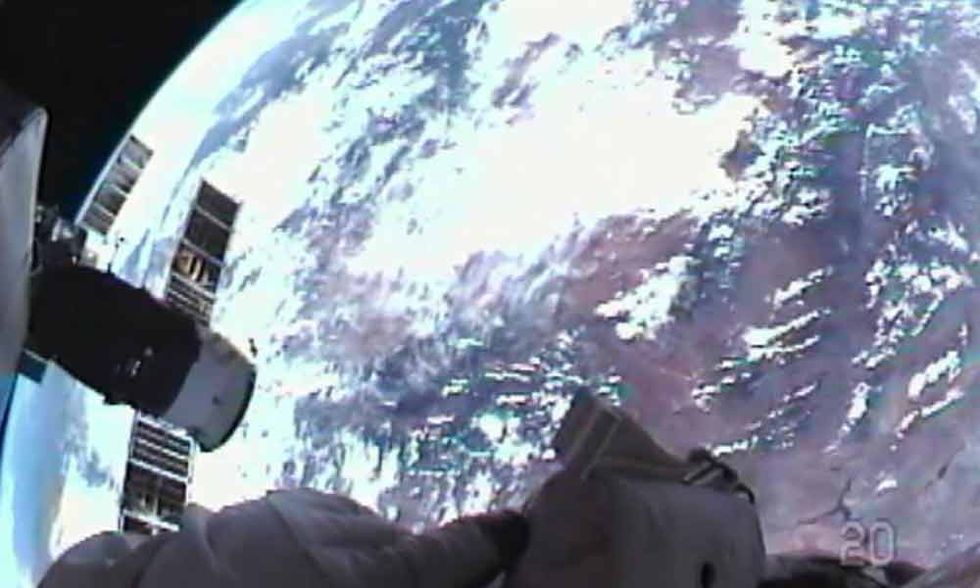 The first of the nine space shuttles produced by Thales Alenia Space for NASA will be launched in December. It is an order worth 200 million euros, with further developments in the offing...

Space is looking more and more Italian. Thales Alenia Space, the Italian-French joint venture Thales-Finmeccanica that already produces half the permanent pressurized modules in which the astronauts live on the international space station (for which it also built the celebrated cupola), has just won a contract for 200 million euros to supply NASA with the pressurized modules of the new cargo vectors called Cygnus, that will supply the ISS in place of the Shuttle. The first Cygnus Pressurized Cargo Module (PCM) was delivered at the end of May and will be launched for the demonstrative mission of the program at the end of this year.

«With the last flight of Atlantis, on July 8, after thirty years of honorable service, the Shuttle will finally retire» Luigi Maria Quaglino, senior vice president for spatial infrastructures and transport systems of Thales Alenia Space explains to Panorama Economy. «Unfortunately, it only achieved part of the aspirations of NASA because, while the Shuttle attained the goal of a multifunctional vehicle capable of carrying men and cargo to the space station, and at the same time serving as a launching station for satellites, it completely failed the mission to optimize costs. Especially after the Challenge accident in 1986, in which the seven astronauts aboard lost their lives, obliging NASA to make enormous alterations to the program, with higher safety requisites. We only need to recall that a single Shuttle launch costs over a billion dollars».

The solution? To supply and perform maintenance on the space station with automatic systems. These Automated Transfer Vehicles, or ATV, are the cargo carriers produced by Thales Alenia for the European space agency.

«Two of them have already been attached to the ISS. The third, christened Edoardo Amaldi in honor of the Italian scientist, will reach the space station early in 2012, and two more will follow». With the Cygnus, however, NASA will undertake a commercial initiative for industry. This is a new trend in the space sector, and Italy is destined to play a leading role. The tender was won by two groups of enterprises, one of which, headed by Orbital Sciences Corp., includes the Italian-French joint venture. «It is thanks to the credibility of Thales Alenia in the international sphere, and above all with NASA, that Orbital was able to win» Quaglino points out. At any rate, the joint venture, with Finmeccanica holding 33% and Thales holding 67%, is a colossus worth 2 billion euros a year in turnover, with 7,200 employees including engineers and specialized experts. But even the numbers relative to the order obtained by Orbital are astronomic: 1.9 billion dollars for shipment to the ISS of 20 tons of material.

«The first PCM just left Turin for the NASA launch site of Wallops in Virginia, where it will be integrated by Orbital with the special service module to form the Cygnus transport vehicle. The launch is scheduled for December, aboard the Orbital launcher Taurus II». Later, Thales Alenia Space will deliver another eight pressurized modules to Orbital for cargo transport (supplies for the crew, spare parts and scientific experiments): three units in the standard configuration, capable of carrying up to 2,000 kilos, and five units in the enhanced configuration, with capacity increased up to 2,700 kg. All before the end of 2015. But since the space station will be active at least until 2020, the program will certainly be extended. Also, like the ATV, the Cygnus PCM are green vehicles: filled with waste from the space station, they will self-destruct during the return voyage on contact with the atmosphere. And what about the astronauts? For the time being they will continue to make the round trip with the Russian shuttle Soyuz, but the Americans are studying an alternative. «It will be a new shuttle, and will be built industrially. We are also trying to win this tender» concludes Quaglino.