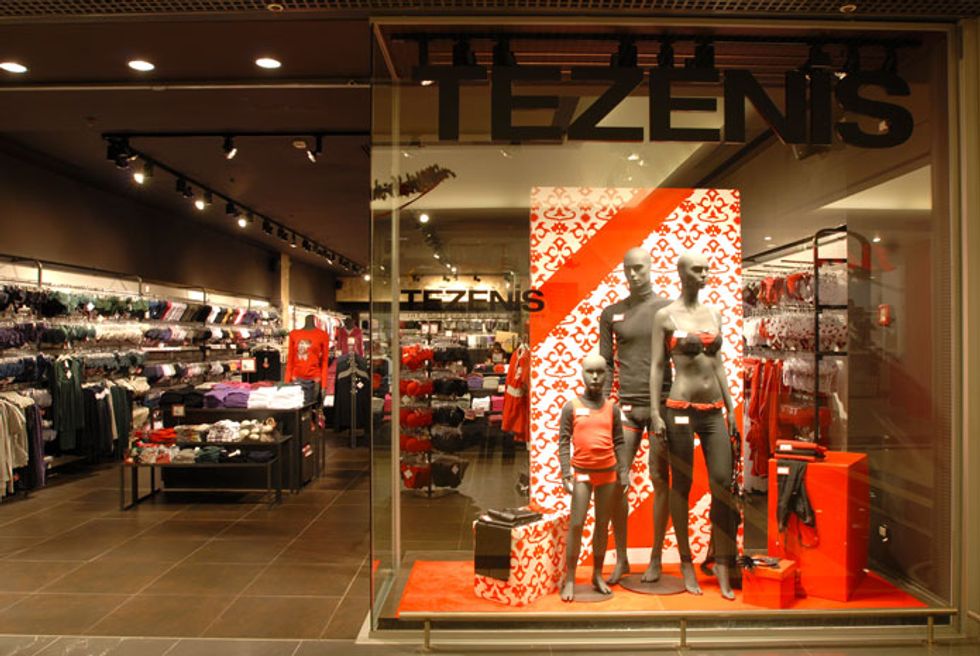 Its remarkable performance is based three pillars: the kind of products sold and the attention for the design of its shops, sport and music

Ten years ago, in September 2003, the Italian textile producer from Verona Calzedonia created a new brand, aimed at attracting young customers. The brand was named Tezenis, and it quickly became popular in Italy and around the world.

Tezenis now counts more than 300 shops in Italy and slightly one hundred in other countries. Despite the economic crisis, its revenue is growing at fast rates - in 2012 it was the best performing branch of Calzedonia group. Such successes are the result of a very dynamic marketing strategy, based on three pillars.

The first one is the kind of products sold. Tezenis distributes underwear, homewear and pyjamas for men and women, with fresh designs and low prices. Its collections are always hailed as up to date with the latest fashion trends, because new items are launched almost every week. During this summer, beachwear with newer and bright colours or camouflage patterns has been constantly to the ones already in stores.

The second pillar of Tezenis streategy relies on the design of its shops. As the company prescribes to its franchisers, all of them must feature lounge music in the background, a large store space, reminiscent of an American loft, brushed concrete floors, huge fans whirring in the ceiling and shelves all around the walls. No detail is left behind, in order to offer the young customers a cosy environment and an entertaining shopping experience.

Finally, the brand has been associated with two worlds with a special attention to youngsters: sport and music. Tezenis is sponsoring the Verona basketball team, which plays in Lega due, the second-tier league in Italian professional basketball; three years ago the company launched a music festival, which is broadcasted at the national level and attracts the participation of many Italian artists, such as Eros Ramazzotti, Zucchero Sugar Fornaciari and Gianna Nannini.