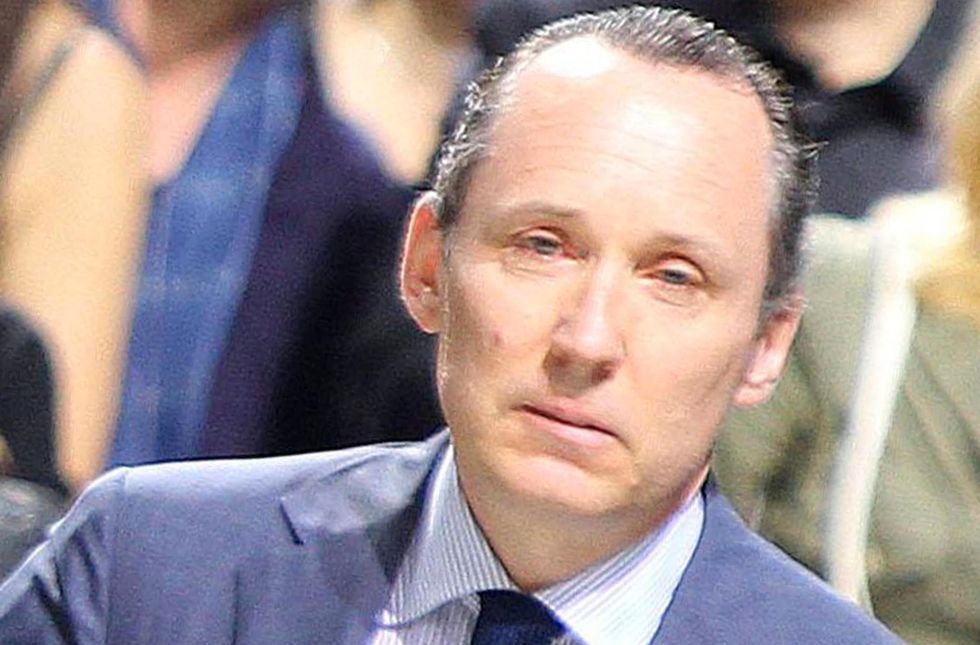 Zegna: This wool is worth 2 billion euros

Over 6?2? tall, shoulders like a rugby player and face burned by the sun, Grain, 41, is one of the most sought-after merino sheep shearers in all of New England, the area north-east of Sydney with the highest concentration of farms in Australia. The work for which he is paid 500 dollars a day for six months out of the year is to grab a sheep by its front legs while hugging it to calm the animal down, then shear it with all the skill of an old-style barber, without a nick or cut. By the end of the day, about 200 "customers" pass through his hands.

"I learned from my father who learned from my grandfather," he tells us after having shorn one of the 15,000 sheep that constitute the herd at the Farm Kentucky Station. Which isn't even the largest in the area. Here, there are herds with 200,000 sheep. But there's nothing extraordinary about that given that Australia has a population of 20 million people and 70 million sheep.

"Quality is not an abstract concept. Quite the opposite. It is something tangible that continues to evolve. For us, it's almost a way of life." To fully understand this philosophy which has inspired the Zegna family for over 100 years, this Biella-based brand has organized a major event in the no. 1 wool-producing country in the world, Australia, where the business of this precious yarn represents a major part of national exports. About 250 million kilograms of wool are produced here each year, worth about 2.5 billion Australian dollars, just under 2 billion euros. The occasion of the event is the 50th anniversary of the Ermenegildo Zegna Wool Trophies, the prize awarded for the best merino wool produced by "Aussie" farms.

Alongside the simple, hard life on the farm is the complexity of the wool business which here reaches its apex in the auction circuit where buyers and sellers meet. In Australia, the top buyers number just twenty. They are the ones that pick up the most interesting bales of wool for companies around the world, including Chinese and Italian, still the largest buyers of the best-quality lots. Prices vary from auction-to-auction, and from October to June there is at least one per week. Prices can range from 20 euros a kilo to up to 1,000 dollars a kilo for wool with fibers just 13 microns thick. "Up to 15 microns, prices are linked to auction trends. Under 15, supply is limited and bales can even reach 50-60,000 dollars a kilo," explains Giovanni Schneider, managing director of the family-run Schneider Group that purchases luxury textile fibers throughout the world.

"In the 1920s, half of the wool produced was purchased in Great Britain, but even back then, Grandfather Ermenegildo preferred superfine Australian wool," recalls Gildo Zegna, CEO of this luxury textile group. "The company opened in 1910, so you can see what a pioneering spirit it had. It was one of the few to realize that quality wool represented the future for luxury textiles, and was one of the first to convince Australian breeders to focus on quality, initially to the detriment of profits. The award, established in 1963, continued as a way to promote quality as support for breeders."

Gildo Zegna's memories reconstruct the whole story right up to the celebrations for the 50th Wool Trophies. A multi-sensorial exhibition to be held in the historic Royal Hall of Industries in Sydney, followed by a capsule collection fashion show. And, to conclude, the awarding of the trophy itself, which once again this year is going to the Hudny family of Windradeen Farm, whose bales of wool were only 11.5 microns thick. All to pay homage to wool, the most ecological fiber, because once discarded, a wool garment is biodegradable. "In a full cycle, from nature back to nature," as Annie Hutchison, owner of Kentucky Farm, likes to remind us all.