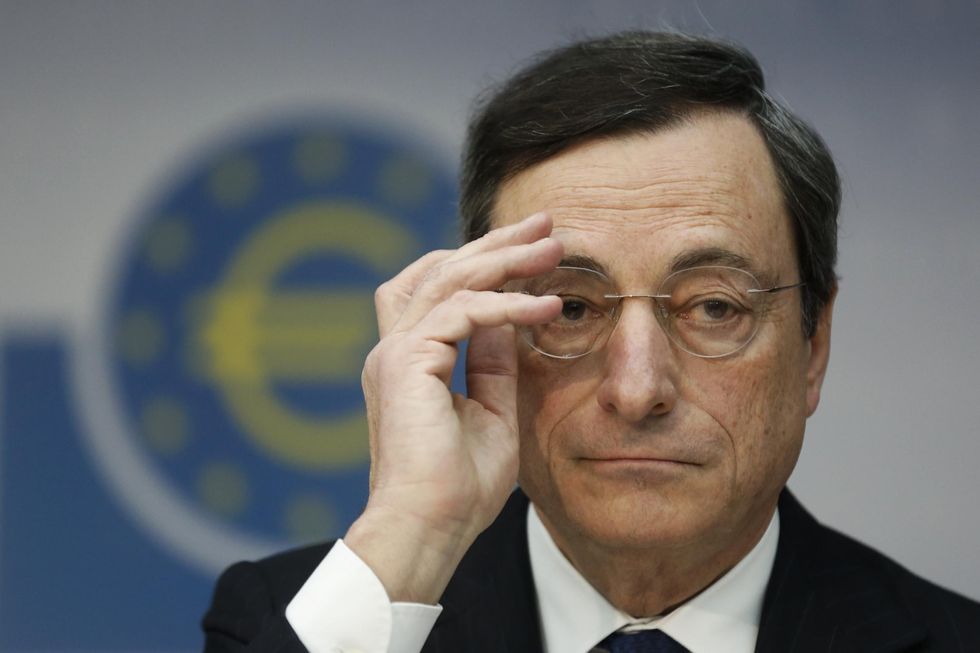 The financial newspaper calls him "the man that saved the Euro"

"Within our mandate, the ECB is ready to do whatever it takes to preserve the Euro. And believe me, it will be enough."

Two sentences were everything that took the ECB's Italian president Mario Draghi to calm down the investors in the single currency's toughest moment last summer. His outstanding credibility, along with his widely recognized diplomatic skills, allowed him to dare the markets to challenge the Central Bank's firepower without ever actually using it. The ability to win the investors' confidence in such a delicate period, with extremely narrow "safety areas" will be remembered as the most important characteristic of today's leaders and mister Draghi most certainly did not lack it last summer.

Neither did he when he introduced the Long Term Refinancing Operations for banks in order to tackle the systemic lack of liquidity, which he, an MIT PhD in Economics and former Goldman Sachs banker, recognizes as one of the most epidemic events leading to financial crisis.

When this initiative turned out to be effective for investors' confidence but not for the widening spreads of peripheral countries, he came up with the Outright Monetary Transactions (a bond buying program aimed at tackling speculation coming from bets on the breakup of the Euro). Although no country has applied to the program so far, this instrument is playing a central role in the strength equilibrium game between investors and authorities that characterizes the present post-crisis environment.

Needless to say, Mr Draghi's home country represents one of the most urgent issues he will have to deal with in the upcoming months. The high sensitivity of Italy's borrowing cost to politics sets the path for turbulent weeks during which the ECB's president will be called once again to show the markets that the authorities have enough power to control any possible outcome. The fact that he is still much admired by the Italian politicians on the one hand, his undisputed impartiality on the other, are an extremely valuable asset in this situation and another evidence of the vital role that Mr. Draghi will play in dealing with the challenges of the Euro Area.