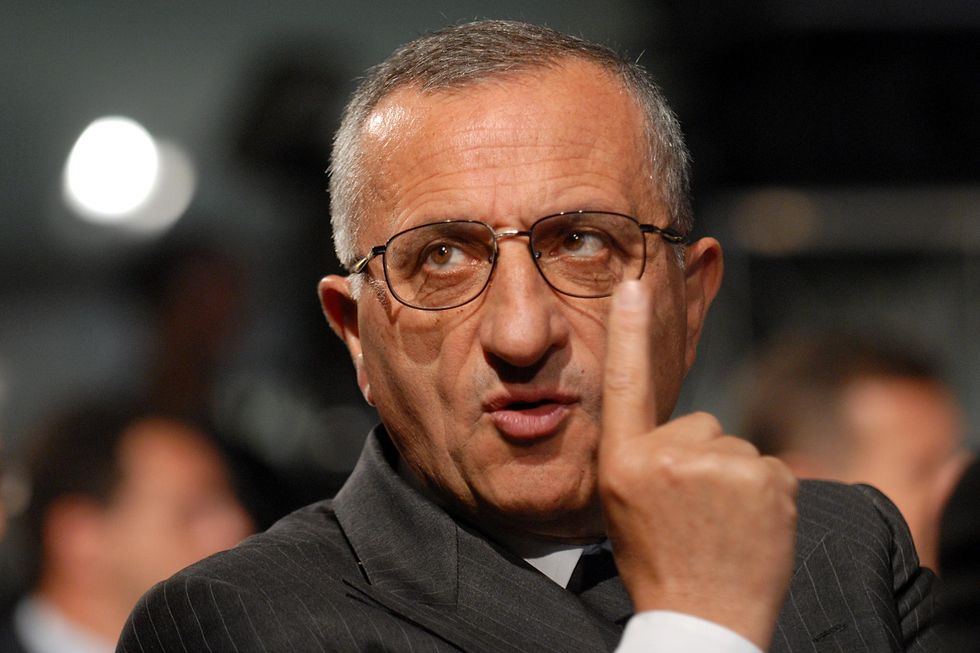 Fiber optics, airports, energy: he wants to create a supergroup with the F2i fund and take it onto the stock exchange. If his plan goes well he will be the most powerful man in the Italian economy

His dream is to create a team of champions: in highways, telecommunications, energy, in airports, water, fiber optics, even in waste. «Yes, my long-term goal is to list the fund on the stock exchange and turn it into a holding for a group of companies, all strong in their various sectors. In short, a public company with a nucleus of stable shareholders».

Something new in the Italian economy, an evolutionary development of the great public companies that used to manage the infrastructures of the country, but without the limitations either of government ownership or of familiar capitalism.

A sort of IRI 2.0. Vito Gamberale is the man who dreams of this and, indeed, he is the only man in Italy who could make it happen. Experienced in the management of both public and private companies, he is 68 and since 2007 has headed F2i, Italian Funds for Infrastructures, his own creation, which found in the State Deposits and Loan Fund, in the Cariplo and other bank foundations, and in the Social Security Treasury the sponsors to launch his idea.

The result is that today F2i plays a significant role in some of the key sectors of the economy, where it has already put 1.8 billion euro into the pot: from the breakup of the Telecom network to the imminent quotation of SEA, in which investor interest is very strong.

To start with, what is your impression of Italy at this time?

I see a country that needs solid references, reasons to believe in itself once again. A number of disconcerting events have taken place that have shaken public ethics, in which politics and respected institutions have been sullied by impossible, unthinkable personalities. but I think that all too often we don't hear about the positive aspects and we see positivity turn into negativity: this is one of the favorite sports of the «country-killers».

Could you give us an example?

There are many excellences among the positive aspects of this country, like the high speed railway or Terna, that other countries don't have. But no one ever remembers them. So the country is weakened by the corrupt and their corrupters, the «moral-killers», and by the country-killers. I'm thinking of the TV program on the State Deposits and Loan Fund that was presented by RAI 3 on its show Report. The image shown was an entirely distorted and false one, of what is, instead, a solid structure that Italy can rely on.

That's freedom of the press...

I believe in freedom of the press but I also believe in respect of the institutions and of the citizens: we should not give so much space to negative news about someone without giving the same space to the positive developments of that same news.

What episode are you referring to?

This year the Public Attorney's office of Florence accused me of corruption. The news was on the front page of the papers and made headlines in the news on TV. Then the Attorney's office withdrew the charges but no one published that news, except Il Sole 24 Ore and La7. I don't want to take it personally, it happened to me like it's happened to many others, but it's not a good example of a healthy democracy.

Now you're charged with bid rigging for the purchase of a share in SEA, the Milanese airport company: what have you got to say for yourself?

I sincerely respect the Justice system so I won't comment on that right now and will wait to see how it develops. I'll just say that I am accused of bid rigging where F2i paid a very high price to the municipality of Milan, enabling it to achieve one of the best privatizations ever made inItaly.

Do you think we are experiencing a new Tangentopoli (Bribesville)?

I don't know about that but I am certainly shocked at the level of corruption we see all around us. The First Republic was a lot more serious and less corrupt.

You meet foreign investors who have to put money into Italy: how do they perceive us?

Their knowledge of this country is detailed, though at times distorted by that flaw we have of accentuating the negative aspects. However, foreigners have welcomed the credibility of the Monti government.

Is the Nimby (Not In My Back Yard) effect becoming a serious problem for those who make investments?

It is, and luckily the government is moving in the right direction, toward giving the central government the last word on decisions regarding the large infrastructures. The problem is that in this country environmentalism is based more on demagoguery than on scientific data.

The fund is private, the Deposits and Loan Fund has invested 150 million of the 1,852 million euro collected: 8%. Certainly, its presence enhances the institutional profile of the fund. F2i really is a public company that invests in large infrastructures, and is certainly not a new IRI (the state-controlled Depression-era investment institution).

You own the majority in Metroweb which is planning to wire the Italian cities with fiber optics. While others, like Telecom, claim that copper cables are still valid. Who is right?

I'm against ideological wars, especially in the technological field.Italyis a bipolar country: Milan is the excellence in the ultrawide broadband sector inEurope, thanks to Metroweb. Then there's the rest ofItaly, that is in last place in the European classifications for speed of navigation on internet and data download capacity. Ideally, we should take the most advanced cities and start wiring them to bring them up to the excellence ofMilan. Twenty years ago Telecom, which was then a healthy company and a leader at the international level in landline and mobile communications, wanted to wireItaly. But Telecom was dismantled with a poorly engineered privatization and now it is weak and indebted.

The separation of the network should not be seen as a way to ruin Telecom, but as the way to have a separate company, listed on the stock exchange and controlled by Telecom, that could thereby reduce its debts. The Strategic Fund of the Deposits and Loan fund and Metroweb could participate in that company.

What are the chances of success of this plan?

The product of the probabilities of the individual willingness of the three parties involved. As regards Metroweb and the Strategic Fund, they are behind the idea 100%. The unknown element is Telecom. Maybe it's one of those cases in which the moral persuasion of the government would be helpful.

What is F2i's plan for the motorways?

Italyis shaped like a T: on the north-south axis there is Atlantia, owned by the Benettons. In the west there's Gavio. On the Milan-Genoa and Milan-Venice axis, however, there are a number of motorways that are owned by local governments. That is where we, with other parties, could acquire this public part of the motorway network.

What about the airports?

We plan to privatize some of those with over 2 million passengers a year, and standardize them with regard to safety, comfort and also in the controversial relations with the low-cost carriers.

Aren't there too many airports in Italy?

Yes, many should be closed immediately without waiting for their unlikely plans for restoration to go into effect: if they're not making a profit they should be eliminated. Period.»

Should Linate be reconfigured?

The competition between Malpensa and Linate doesn't make any sense, the relationship between the two airports should be made more efficient.

What else are you focusing on?

The future is in renewable energy, where it is necessary to undertake a process of aggregation to create national champions. The same is true of water and waste.

Let's get back to Italy: how can it start moving again?

We would need to give the families more liquidity through a reduction of taxes on the lower income brackets. Now we are paying 150 billion in income taxes, about 3,600 euro on average per taxpayer. But if we break it down by income bracket, under 28,000 euro they are paying an average of 1,600 euro in taxes every year. That is where we need to act.

And where would we find the resources?

Every year the government sends the regions under special statute 18 billion euro: maybe it is time to end that anachronistic anomaly and use the funds to help the weaker category of citizens. Then we should have a serious equity tax: the rich should make a deal with the government and agree to pay a portion of their wealth for 5 years as compensation for the advantages obtained in the past, directly and indirectly, thanks to the «drug» of public debt. If, for example, the rate was 1%, every year the government treasury would collect 90 billion euro that would serve to reduce the debt and thus the interest that we pay: this would free more resources to lower taxes. Beyond the rate, the important thing is to send a strong message. Another thing I would do, I would take another look at Silvio Berlusconi's housing plan, liquidated in too much of a hurry.

The accounts of privatized companies have often been in the red...

That depends. From the Eighties until 2000Italyprivatized a lot of industries: first it sold its manufacturing companies, from Nuovo Pignone to Lanerossi, and that was fine. Then it started selling services and infrastructure: Eni, Enel, Terna did fantastically well. There were some problems with Telecom, because the sale to private companies blew the debt out of all proportion. And when it comes to Autostrade, the company I headed, I have to say that the opinions were not generous: every year it invests over 1 billion euro. It does what it was supposed to do, despite the difficulties in obtaining permits.

They say you have a bad character...

Generally, they say that anyone with character has a bad character... I think we have to respect others and be respected by them, especially for the business world we represent. I have always strongly defended the companies I have been responsible for and I think of it as a duty. Also, a retiring or withdrawn person can sometimes be considered unfeeling. I lead a simple life, I have a family I'm proud of and I have never been fond of worldliness. Basically I'm a rather shy person, the same as when I came toRomefrom Agnone to go to school. That's all. I'm no different now. Just older, unfortunately.