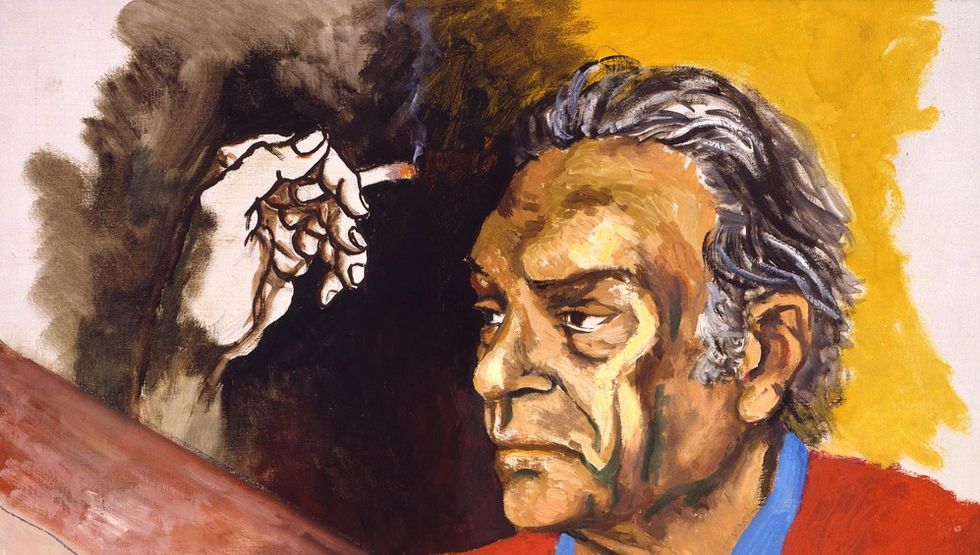 An artist, an Italian partisan and a senator with a big heart for Sicily

Renato Guttuso stands out as one of the most important Italian painters of the 20th century. His unique style is unmistakeably linked to Cubism and Picasso, met by Guttuso in the 1950s. Picasso will become one of Guttuso's friends, influencing very much his art and trends.

Notwithstanding the importance of Picasso in the life of the Italian artist, Guttuso's art is indissolubly connected to his Sicilian roots. Guttuso was born in Bagheria (Palermo) in 1912 from a middle class family very devoted to the arts world. Young Guttuso started his first works at the age of 13 and when he was 17, Guttuso inaugurated his first exhibition at the shop of Emilio Murdolo, a Sicilian chariots painter. Sicily would always be part of Guttuso's art with the Vucciria (Palermo traditional market) standing out as one of the most important neorealist masterpieces today.

Guttuso achieves the peak of his artistic maturity in Rome, where he moves in 1937. Even if was only 25 years old at that time, his place becomes one of the most active intellectual centres of the Italian capital city. The historical period in which Guttuso lives has strongly impacted his style and his art, often characterized by vivid images, creating a popular mythology telling about turmoil by using very intense colours, making Guttuso one of the most important neorealist artists.

Guttuso's masterpieces revealed his boldness in the choice of characters. For instance, the "Naked Madeleine" was strongly criticized by the Catholic Church as an inappropriate subject, so as the Guttuso's representation of the Crucifixion, which won the prestigious Bergamo Prize.

Besides the religious characters, Guttuso's art appears very much intertwined to politics. In fact, Guttuso was very political minded and he was committed to denounce the brutalities of Fascism and Nazism through his works. The artist has always been a political activist but it was only in 1940 - after Italy entered the II World War - that he joined the Communist Party, later becoming a senator of the Italian republic for two terms in the 1970s.