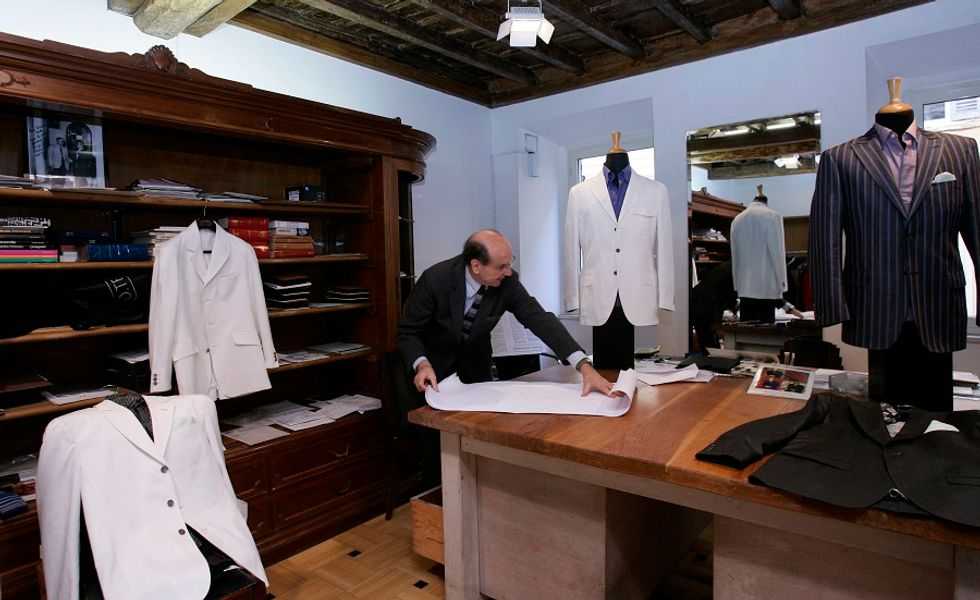 “Today people are too narrow minded, they don't have the personality, the bravery to mess with fashion”

Honk Kong daily South China Morning Post recently described him as a "tailor and professional dandy leading a colourful life", but the Italian artist Luca Rubinacci is much more than that. He belongs to the third generation of Rubinacci family, one of the bespoke tailoring company in both Italy and Europe.

When sharing with the Hong Kong daily his idea of fashion and style, Mr Rubinacci explained that he is not interested in fashion or design. His priority is beauty. Clothes are beautiful and well-made when they look good and when people can actually wear them, which means that the same cloth cannot fit everybody, and this is not just a problem of sizes. "People see things differently, but just because a pair of shoes are not for you, you cannot say 'I don't like them'. You can say it's not for me. Today people are too narrow minded, they don't have the personality, the bravery to mess with fashion. On the other side, you have guys wearing a red jacket and white trousers without knowing why they are wearing it, they just follow."

The Atelier Rubinacci was created in the early '30s by Gennaro Rubinacci. In Naples, he gained the name of arbiter elegantarum, and his boutique in the city centre, London House, was one of the favourite destination for artists such as Edoardo de Filippo and Vittorio de Sica, as well as for the whole Savoia family. By the end of the '30s, the Atelier Rubinacci gained lots of reputation in Europe as well as in the United States (New York) and Asia (Japan).

The Rubinacci style has been deeply influenced by the Napolitan style, which is described by Luca Rubinacci as "a lifestyle concept, a way of dressing simply. We dress with comfort in mind, we don't dress too baggy or too tight, we dress more comfortably than the British. My grandfather was the inventor of the Neapolitan way of cutting the suit, so suits without padding, without the canvas. We took the British style and took away the padding on the shoulders. It was the 1930s and guys wanted something to wear on holidays, with a more relaxed fit, and that's how the Neapolitan cut was created." Many people loved it and that's why it became so famous.