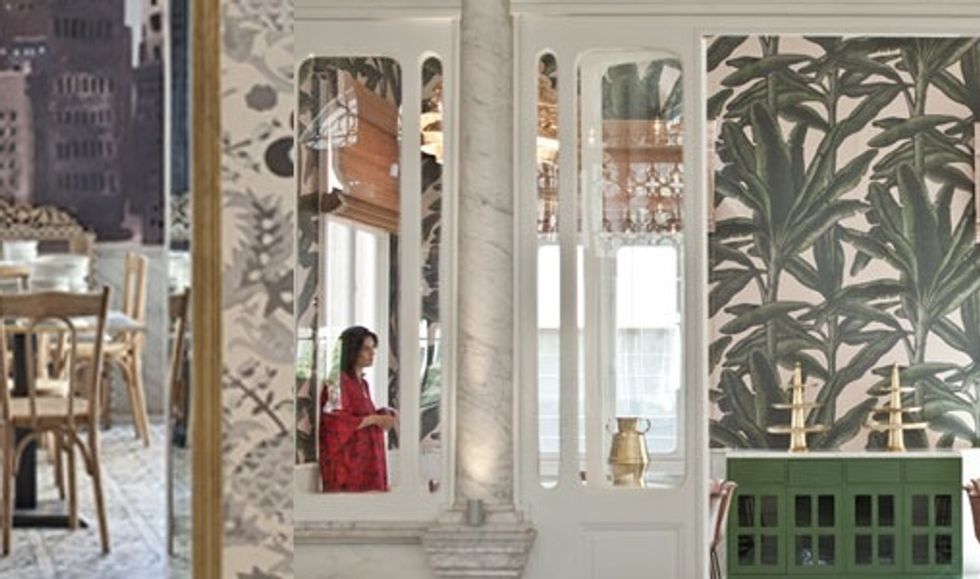 Idarica Gazzoni is a fabric designer, and she recently confessed to The New York Times that she consider every surface as a "blank canvas" that deserve to be embellished with her "whimsical patterns". Indeed, she aims at making her fabrics evocative, and she takes inspiration from various eras, cultures, ages to make her creations special.

Her first success was the one of reproducing a Napoleonic military headquarters, complete with campfires and tiny soldiers in uniform, in her house, putting besides it a ceiling reminding of an exotic boudoir, and a Scottish bedroom.

Born in Bologna, Idarica, who is now 49 years old, remembers that she loves arts and drawings since she was tiny. As a kid, she enjoyed reproducing on a simple squared paper, but it should be emphasized that even this little simple homes were completed with minute detailing of the sofas, bathrooms, the open doors, and the rooms for adults and children. Although school commitment forced her to temporarily abandon her passion, when Idarica became 20 years old she decided to enrol at the Van Der Kelen of Decorative Design in Bruxelles, after which she started working doing false marbelling, wood effects and gilding, and painting leaves.

However, her passion remained the same, and today we can describe Idarica Gazzoni as an artist-turned-designer, whose aim is taking care of the house with the same care one may devote to a person. This means that walls, tables, beds and chairs can be "dressed-up" exactly like humans, and their "wardrobe" should be big enough to allow them to be ready to any occasion, that is renovating the house turning its atmosphere upside-down.

When Idarica Gazzoni is not working on her fabrics, she travels abroad to take on decorating projects and find some new sources of inspiration. Her newest collections is called "Arjumand", from the name of a Mogul Princess, originally form Persia, generally remembered as "the light of the palace", to whom the Taj Mahal was dedicated. Arjumand had 14 children, so Idarica has elaborated 14 different designs for this collection representing each of her children. These decorative motives evoke the worlds and times long past, and they are all inspired by nature.