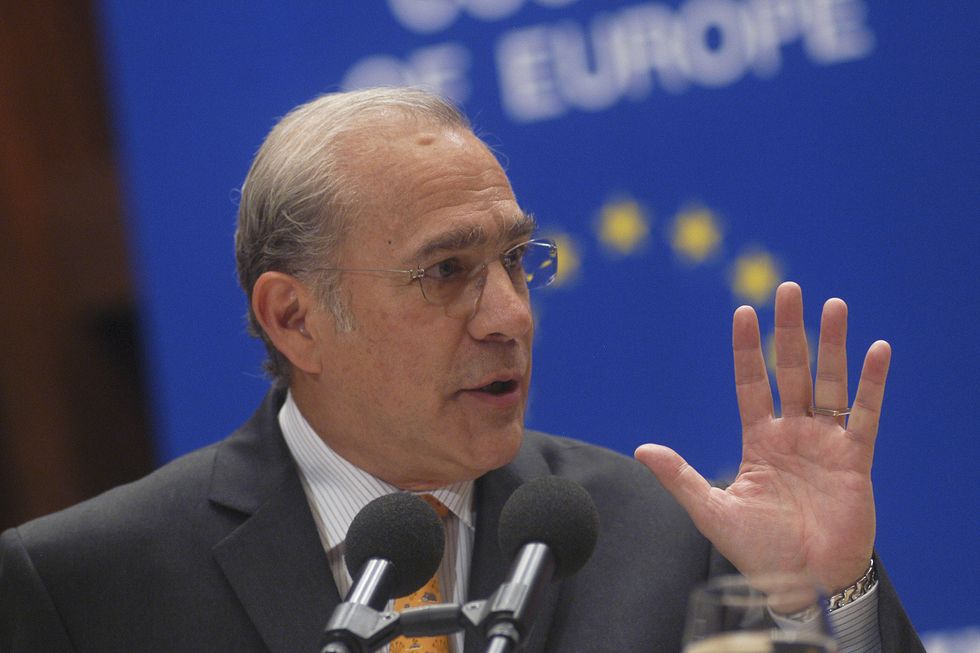 Trust the institutions, austerity will make us all stronger

The Secretary General of the OECD explains to the readers of «Panorama» why getting public accounts back on track is a painful process but fundamental to European policy. And why Italy is moving in the right direction

by Angel Gurría, Secretary General of the OECD

The financial crisis has shaken Europe to its foundations, creating millions of unemployed and causing great hardship to families and businesses. All this has led to a generalized loss of confidence in the markets, in governments and in the institutions.

The citizens of Europe are doubtful of the ability of the policy-makers to respond adequately to the challenges in the field, and are growing more and more impatient.

What they expect from their leaders are courageous but responsible decisions that offer our societies a better future, capable of ensuring not only economic growth but equality and integration.

The crisis has created an opportunity to implement reforms that have long been necessary. The governments of all of Europeare making difficult choices in an attempt to get public finances back on track.

They know these decisions won't make them popular, but that they are essential if they want to rebuild confidence and strengthen Europe's economies.

Strengthening public finance is a fundamental point of the political program forEurope. Consolidation is equally crucial. With more and more cuts to the budgets, public services will have to demonstrate greater efficiency, offer a better cost/value ratio and produce a real impact on the quality of people's lives.

Moreover, it is necessary to nourish the soils that will feed new growth, and thus investments in the fields of education, training, infrastructures and research and development must be maintained as much as possible.

The programs of consolidation are an opportunity to concentrate our attention on how to correct our past errors. The increase of inequality of incomes, for example, risks undermining social cohesion and economic performance. The level if inequality reported in Italy is already above the OECD average.

More protection of the vulnerable segments of the population, associated with the guarantee that the wealthier segments are contributing in a just measure to taxes, must be accompanied by effective policies relative to the employment market, with the intention of creating more and better jobs, raising the level of specialization of the workforce and increasing incentives to hire.

Consolidation is obtained by increasing revenues. Tax increases should concentrate on the areas that have a less negative impact on activities and economic growth.

In general, the increases of V.A.T., property taxes and environmental taxes are preferable to increases in the income taxes of physical persons or corporations. In many European countries there is still plenty of room for maneuver to reduce exemptions, evasion and inefficiency at the fiscal level.

Let's not forget that the budgets will be subject to pressure in other spheres. The crisis of public finance has struck at a time when the aging of the European population is accelerating, and has already placed the pension system under a great deal of stress.

In 2010 Italy was the second «oldest» country in the OECD, after Japan, with a ratio of just 2.6 people of working age for every person of retirement age. Raising the effective retirement age is only a partial remedy.

Governments will have to do more to encourage employers to hire older workers, combating discrimination and adapting the training courses and working conditions to their needs.

Other challenges also offer other opportunities. Governments can resort to environmental taxes, now underused, as much to obtain the revenues that contribute to consolidation as to combat the problem of climate change.

Italy is working on these fronts by means of a wide spectrum of reforms. The analysis of the OECD shows that these reforms are able to generate a number of concomitant positive effects: facilitating entrepreneurship, promoting competition, improving working conditions, increasing productivity, stimulating innovation and increasing competitiveness.

The reforms of the labor market approved recently in Italy, if implemented to the maximum, will enable the country to take great steps toward dealing with long-standing problems, like the enormous differences that exist between those who enjoy a stable occupation and young people, older workers, women and immigrants, often hired with precarious contracts and hit even harder by the slowing of the economy.

A key passage of the new reforms consists of the reduction of incentives linked to the employment of workers with contracts for other than permanent employment.

The crisis has had a catalyzing effect on reforms in Italy as in all of Europe. Old structures and old styles of conduct are being forced to change, but these changes are necessary to make long-term growth stronger, more sustainable and fairer.

The governments must maintain this reforming effort, and Italy's success will be decisive for the success of Europe as a whole.