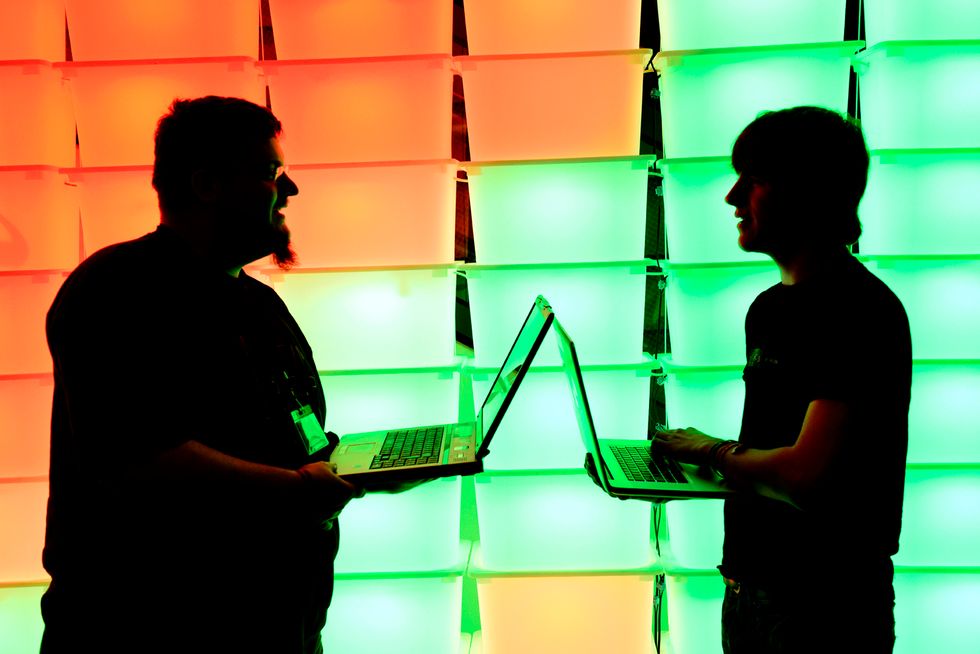 How and where italian hackers will strike

Nearly 300,000 attacks in two months, damage amounting to hundreds of millions and 44 percent of computers infected. This is the result of hacker activity in Italy according to a report which states: "We risk becoming a digital Wild West"

"Tango down" is the net term, coined from military jargon, used by "hacktivists" to indicate a successful computer attack. And in Italy, in 2012, there were a lot of them. The hacktivists attacked government websites, companies connected to the TAV in Val di Susa (controversial high-speed train project) and even the website of Beppe Grillo, universities and the Vatican. Other cyber-criminals scored a major hit, code name Eurograbber: 30,000 bank accounts breached throughout Europe using Zeus malware. In Italy, this operation involved 16 banks. Nearly 12,000 clients were robbed of 16 million euros via their cell phones. In January, Red October surfaced, an international spy operation against governments, embassies, research institutes and companies involved in sensitive areas, which in Italy hit five targets, including diplomatic offices.

The 2013 CLUSIT report on information security in Italy, presented this past March 12 in Milan, reveals that last year there were "286 events against critical computer structures of national interest (both private and public)". Not only. Italy is no. 1 in Europe with 44 percent of Italian computers under attack during internet navigation, compared with 20 percent of Danish computers. According to another study, "individuals and environments under cybernetic threat" in Italy went from "just over 7,600 intrusions on corporate webs in 2009 to nearly 14,000 in the first months of 2011". Even the secret service, in its annual report to Parliament, published at the beginning of March, included a chapter on the "cyber threat": "Analysis of this phenomenon confirms that increasingly sophisticated threats via computer are affecting all platforms, from the complex and highly-structured systems of the government and major corporations, to the computers and smartphones of individual citizens."

But who are the cyber pirates who have launched this phantom war, and what do they want? According to the secret service, "operating in cyberspace, with offensive or predatory motives, are state-related entities, terrorist and criminal groups and a broad, diversified circle of individual players".

According to the report, individual hackers can be grouped into three different categories: black-hat cybercriminals; grey-hats, motivated only by the desire to get into a system; and white-hats who work with companies or authorities to stop hacking.

Within the black-hat area are also the wannabes or lamers?"often teenagers who would like to be hackers but do not yet have the technical skills required. They download from the net free attack software developed by expert hackers and, once launched, these programs automatically go after their objectives. The script kiddies, a step above the wannabes, are able to use software to send hacked sites haywire. According to experts, crackers, created to remove the protection from commercial programs, are today a dangerous category of hackers who "cancel files and create permanent and irreparable damage to information systems".

Among individual hackers the most-feared are cyber warriors who normally "work on commission and are paid to attack specific targets". These mercenaries of the net are often ideologically motivated and are members of groups such as Anonymous. According to the secret service, "many of the best-known East European criminal organizations use these individuals for their illegal activities". And that's not all. On the net we are seeing "a new form of cyber threat known as ransomware, i.e., a cyber attack with a ransom request in cash to clean up the systems" hit.

The pirates working in the grey area are ethical hackers who, thanks to their computer skills, uncover the weak points in programs and systems, including social networks. The most specialized are known as QPS (Quiet, Paranoid, Skilled) hackers. They are the ones who, on their own, create attack software without leaving a trace. They are not motivated by economic interests or a desire to steal information, just the technical challenge involved.

White hackers, on the other hand, work with companies and government bodies, test systems to see where they are vulnerable and are used in online operations against computer crime.

In 2012, hacktivists such as Anonymous reduced their attacks in our country, but despite this, Italy remains "in ninth place worldwide for the diffusion of malware. Deutsche Telekom has created a website with a world map that shows all cyber attacks in real time. Over two million are launched from Russia, no. 1 on the list as of February 2013, followed by Taiwan, Germany, the United States and, in ninth position, Italy with 288,607 attacks. But, above all, Italy is in first place in Europe (fourth worldwide) in terms of number of computers infected and controlled by hackers (the so-called botnet)". According to the CLUSIT report, of the 129 certified cyber attacks in Italy, 67 percent are carried out by militants. One attack out of three hit government or political association websites, and cyber crime increased from 14 percent in 2011 to the current 33 percent.

Ending up in the cross hairs of Anonymous was also marathon runner Alex Schwazer after he admitted to doping, as well as the Vatican and a priest accused of pedophilia. Even the police suffered a hacker attack netting 3,500 private documents that were released to the public. The militant GhostShell hacker group launched a worldwide operation against dozens of universities, stealing the credentials of 120,000 students. In Rome alone, three universities were targeted by them.

"A cyber attack can have devastating effects and immobilize an entire country," lame-duck Italian Prime Minister Mario Monti declared March 7. On January 23 the government had approved a decree to "safeguard critical infrastructures [...] with special focus on cybernetic protection and national computer security". From 2009 to 2011, computer threats cost Italy 200 million euros which is expected to rise to 450-600 million in 2013. Experts at CLUSIT have no doubt: if measures are not taken, we risk "delivering our country into the hands of cyber criminals, allowing it to become a digital Wild West".