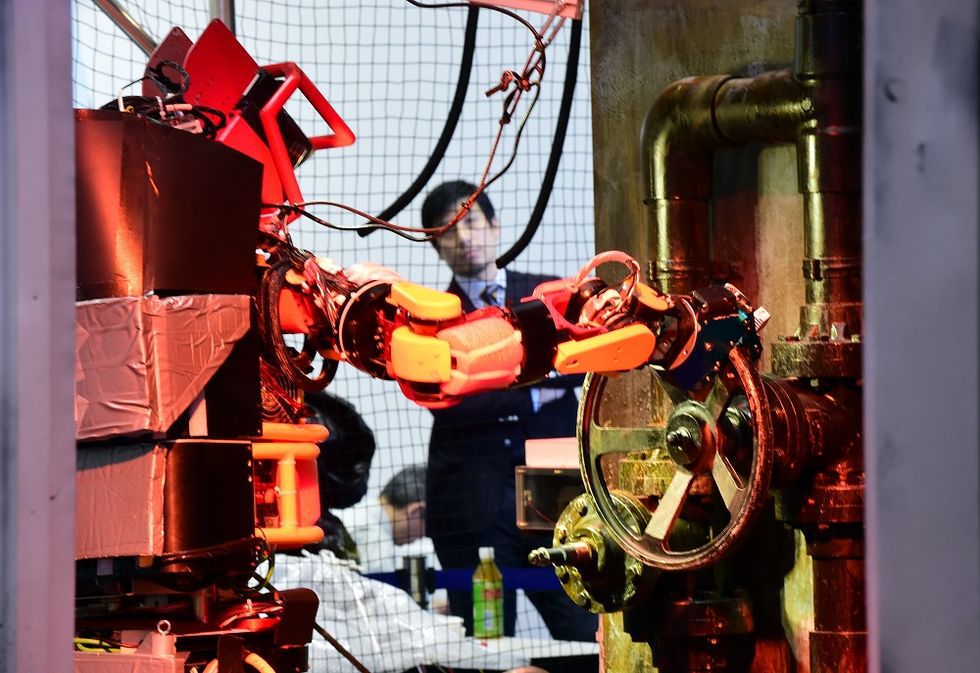 The Robot can assist humans to face natural disasters

The Centre for Advanced Robotics of the Italian Institute of Technology (IIT) has successfully taken steps forward in its innovative project "Walkman". The latter consists of a big robot, conceived to operate during disasters, either human made or natural ones. Among its tasks, Walkman has been programmed to open doors, drive cars and turn valves that might be required in emergency situations.

Luca Muratore, IT engineer, was the spokesperson of the Walkman team during an interview with the Italian daily Corriere della Sera. He declared that the Robot was conceived and assembled in only 10 months, by a team made up of electrical, mechanical, robotic and IT engineers who worked really hard for the whole time.

Since Walkman project is supported and framed within the homonymous 4-year European initiative, the team has still two years more to improve its creation. The Italian engineers involved can be quite proud of their work so far, as theirs ended up being the only robot invited to the 2015 Darpa Robotic Challenge (DRC). The latter is a remarkable contest of robot systems and software teams competing to develop robots able to assist people during disasters.

The challenge was conceived to be extremely difficult and to host only the world best robotic research and development teams. In fact, they have a very short time to develop the hardware, software, sensors, and human-machine control interfaces making the robots able to accomplish a series of tasks selected by Dapra.

It seems fair to say that the IIT's team invitation at the competition should be a reason of joy and proud not only for the protagonists but for all Italians. In fact, IIT was founded to promote Italy's technological development, training in science and technology, touching a great variety of fields. Namely, projects are carried on in the scientific realm, along with healthcare, industry, robotics, life science and also nanobiotechnology.

Undoubtedly, it is the hard work and the expertise of its team has made the Institute an excellent institution on the international platform.