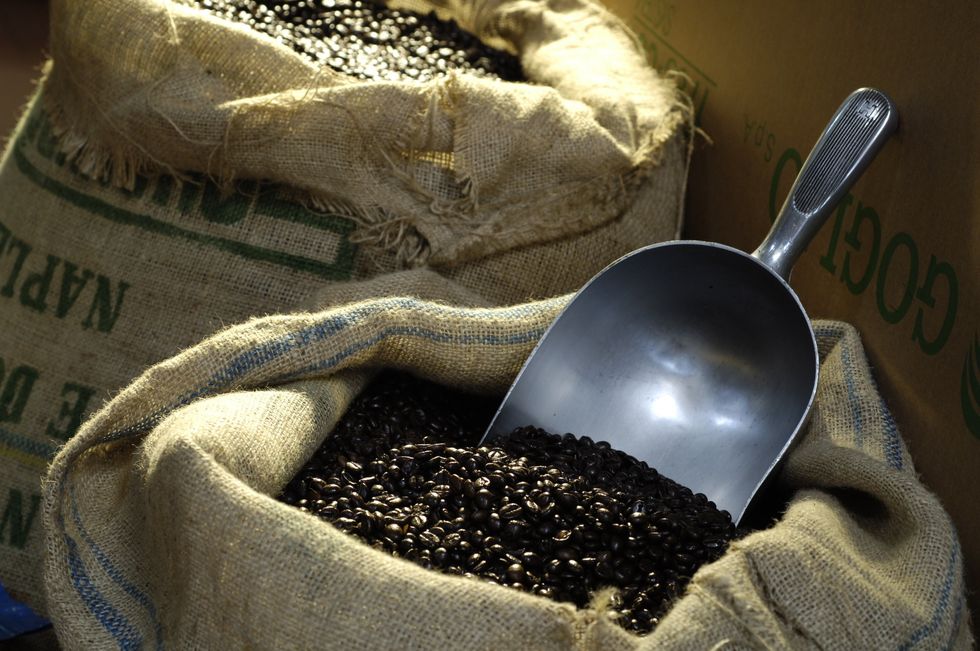 The little cup of coffee that wants to take on Europe

The Neapolitan coffee brand Kimbo is already a success in France and Great Britain, but it wants to expand even more with its Italian espresso. Now the company is focusing the spotlight on the product

Big news in the world of advertising: after 11 years Lavazza has suddenly interrupted its fortunate arrangement with Paolo Bonolis. He will be replaced, it seems, by the comedian Enrico Brignano, who will alternate with other characters in a new series of commercials written by Armando Testa.

For some time, the experts in the sector had been warning the producers about the risk of identifying a brand with an excessively famous testimonial. The top management of Kimbo - the Neapolitan coffee brand that experienced exceptional growth at the national level in the early Nineties thanks to a series of commercials featuring Pippo Baudo, then at the peak of his popularity on TV, followed by Massimo Dapporto and the showman Gigi Proietti, whose ungrammatical expression of delight entered the everyday vocabulary - had already become aware of this two years ago.

In 2010, with the new Kimbo Coffee Hour commercials, part of a total restyling that involved everything from the logo to the product, the company's advertising strategy changed. Now the brand not only uses less famous testimonials, like the young actor Fabio Troiano, but their function is also less central to the message.

The focus of the message is not the personality, but the coffee, capable of creating a new philosophy of consumption, targeted on a younger demographic. The ritual most beloved by the Italians becomes an experience of socialization linked to taste.

The success story of Kimbo coffee is thoroughly Italian and familiar, and begins in Naples, which has always been the world capital of espresso. In 1963, three brothers: Francesco, Gerardo and Elio Rubino, owners with their father of a coffee roasting plant, established Café do Brasil Spa, a company that, in a few years, became the leader on the Campania regional market in the production of coffee.

In 1970, under the aegis of Café do Brasil, the company launched the Kimbo brand, its name evocative of the Carioca rhythm.

The letter «k» brought it luck and in the Nineties, to complete the range of products in the segment just below Kimbo, they brought out the Kosè brand, that was a success at the regional level and later crossed the borders of Campania thanks to its excellent quality-price ratio. In 1994, Café do Brasil Spa, one of the top players at the European level, took second place with Kimbo in Italy in the retail segment of packaged coffee, a position it still holds, with a market share of 9.9%: the best-selling blend is Kimbo Fresh Ground coffee (Kimbo Macinato Fresco).

Now the three founding brothers have been succeeded by the second generation, Alessandra, Paola and Michele (who was the company's CEO for a decade) and for the past year the new chairman and managing director has been Fabrizio Mannato, 54, long a family consultant and former chairman of the Belgian coffee roasting company Beyers, the first foreign experience of the Rubinos.

Mannato is not a typical Neapolitan, as he never drank coffee at all until he was 17, and then only because it helped him stay awake and study, and not for the flavor.

But he has been «forced» to make up for lost time in a hurry «because in Naples every time you meet someone you simply have to have coffee with them».Now he drinks more than six a day, and his favorite blend is the Gold.

With him, in 2010, «Café do Brasil Spa began a process of reorganization» explains the manager «with the employees increasing from 93 to 111, the esthetic restyling of the packages with clearer, more complete consumer information, and additions to the range of blends (to which they have added Kimbo Classico, ed.note) to appeal to the tastes of the Italian consumers».

For example, though Arabian coffee may be considered the most prized variety, it has a level of acidity that not everyone can tolerate; while the dark roast is preferred in the south, it is less in demand in the north. Another key aspect of the development of Café do Brasil is its investment in infrastructures. «In 2009, alongside the 40,000 square meter plant in Melito, near Naples, which produces in respect of environmental policies from energy savings to waste disposal, we built the Kimbo warehouses. The complex is located at the Nola Interport, a jewel of intermodal logistics just 30 km from the city, that can actually be considered a real Kimbo-hub, where we handle coffee from the main grower countries. An 18 million euro investment».

As far as sales are concerned, 2011 was not an easy year for Kimbo. «Revenues of Café do Brasil Spa, about 160 million euros, referred for 82% to the Kimbo brand and for 12% to the Kosè brand, and increased with respect to 2010, which ended with +4.7%, at 147 million euros, and an increase in volume of 3.3%, to 20,744 tons of finished product, but the volume of business also depends on the price of coffee. In particular, in the final months of the year the increases were heavier than expected, which is why we expect that, at best, 2012 should remain at about the same levels as 2011».

The good news is that, in a market sector where consumption is decreasing, last year Kimbo was able, in any case, to increase its market share in the retail sector (home) in Italy, from 9.5 to 9.9%, a result that should improve further in 2012, while its share in the bar and foreign channels remained about the same.

But Kimbo is also the top Italian brand, after the private labels, in the pod segment, with a market share of 15%, thanks to its concentration of investments in portioned products: pods, capsules and the relative espresso machines, made in partnership with the Gaggia group. «On the foreign front, which now generates business for only 10% of our turnover, our goal is to strengthen the Kimbo brand and make it synonymous with real Italian espresso on the main foreign markets».

In particular in France, where Kimbo is already a leader in the Ho.Re.Ca. channel (hotels, restaurants, cafés) as third player for volume (second Italian producer in France), thanks also to its partnership with France Boissons of the Heineken group, and is served in more than 10,000 locations, from the Côte d'Azur to the banks of the Atlantic. Widely known also in Belgium, Canada, Australia, the U.S and Russia, thanks to its recent acquisition of the British beverage distributor Metropolitan Coffee Company, the brand is even served in the historic English pubs.

- 160 million: Sales in euro of the Café do Brasil group, that controls the brands Kimbo and Kosè.

- 10%: The group's share of exports, which are very good in France in the bar and restaurant channel.