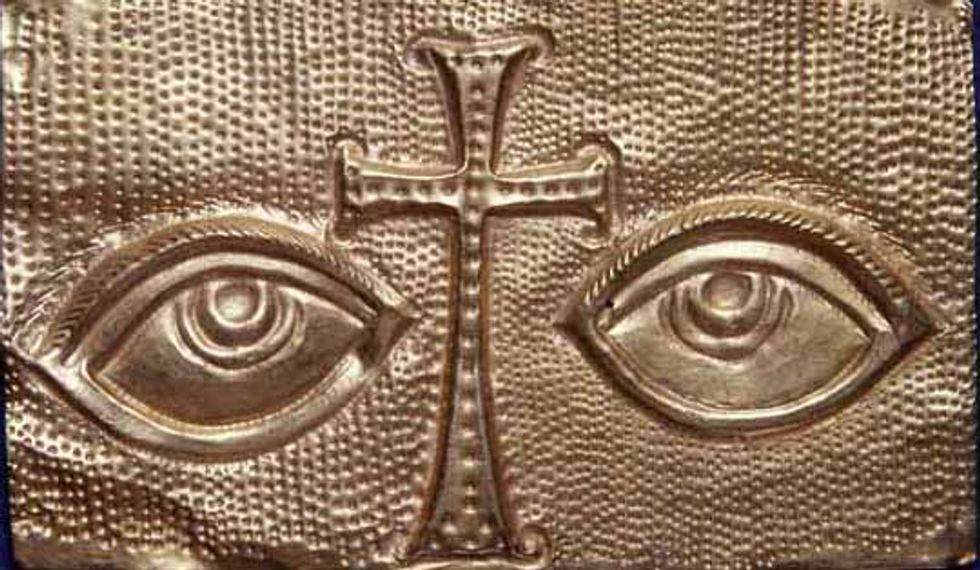 In Italy two exhibitions show that tolerance is not that easy

From Constantine to Akbar: two exhibitions narrate the difficult path to integration

It would seem that you don't need to have studied to found a great civilization.

Constantine, who with the Edict of Milan (in the year 313) launched the transformation of the Roman empire into the Christian empire, was more at home with the sword than the pen.

Akbar, the Mogul emperor who in the 16th century brought an era of splendor and tolerance to India, couldn't even read or write.

Constantine's edict opened the way to the proclamation of Christianity as the state religion and was followed by the Edict of Thessalonica (380) that outlawed Arianism and pagan cults.

Akbar, on the other hand, was convinced that different faiths could and must co-exist. As a Muslim, he dialogued with Hindus, Zoroastrians, Buddhists and Christians, to the point of yearning for a universal religion that would synthesize them all.

From this alone we can see that tolerance is an equivocal concept and not characteristic of Western civilization alone.

Plus, it is even possible to be intolerant without religious dogma (for example, Athens which condemned Socrates for "not believing in the city's gods"). In general, history's great civilizations were tolerant.

If a subject paid his taxes, he could worship whom he wished. Jews, Muslims and Christians prospered next to each other in the Ottoman empire until the nationalism imported from the West caused the extermination of the Armenians and ethnic cleansing in the Balkans.

Akbar faced the same hatred between Muslims and Hindus that has afflicted modern-day India. An attempt was made to solve the problem by dividing the two communities (i.e, Pakistan and India), but Muslims and Hindus continue to "communicate" through bombs and scimitars.

Akbar had suggested a more bizarre solution, but at least he didn't experience the same fate as Mohandas K. Gandhi, murdered by a Hindu extremist.

How to deal with foreigners is a recurring problem. Should they be kept separate or integrated? And to what extent and how should they be integrated? This is examined in another exhibition (Roma caput mundi at the Colosseum and Roman Forum until March 10, 2013).

In the end, the Roman empire chose integration, conceding universal citizenship with the Edict of Caracalla. But the barbarian invasions show that the problem was not a simple one. History should serve to protect us from oversimplification, for example regarding wars between civilizations.

"A second Lepanto to stop Islam" read a headline some time ago in the Northern League's daily newspaper, La Padania. But more than another battle of Lepanto, what we need is another Akbar.