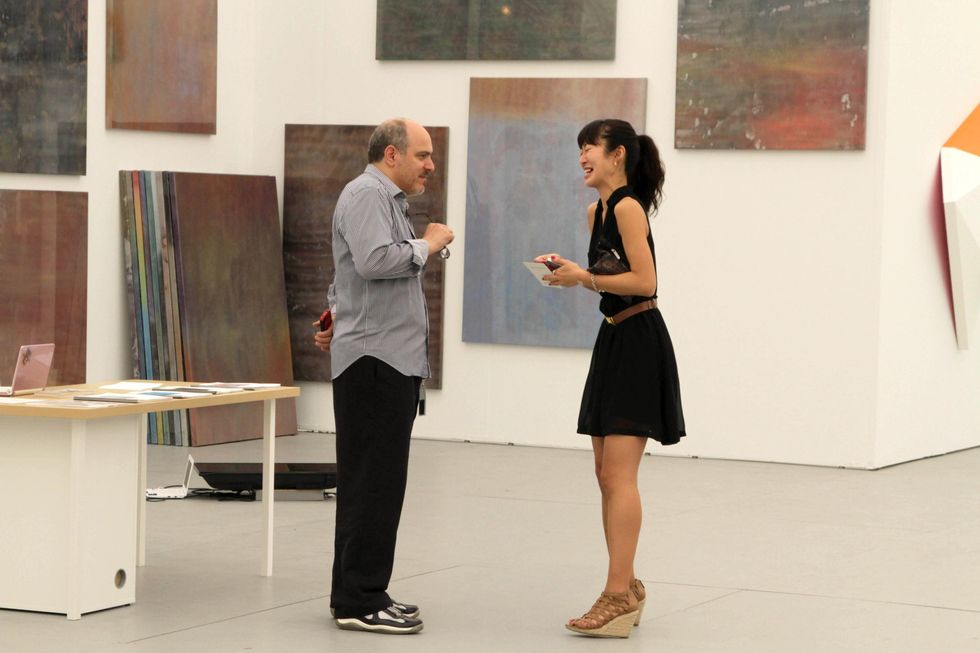 On December 6th, the US counterpart of Art Basel - the world leader in contemporary art fairs - took place in Miami, Florida. But the best pieces will already have been sold and, based on the expectations of Italian gallery owners, the main buyers have been from South America, Brazil in the lead. Because they have money, of course, but also because in Brazil the import tax can be as high as 40%, so they are almost forced to buy abroad. Once the preview is over, gallery owners are involved primarily in networking, which must be broadened as much as possible and in the right direction.

Galleries go to Miami above all in search of entry into the South American market - where the investors are - along with Russians and Americans who for a while now have been keeping local real estate demand high, even properties in the millions: 100 million is what Casa Casuarina costs, the villa that belonged to Gianni Versace, and many think it will not be on the market for long. In Florida's biggest city, the climate is good this season.

Although Italians are going through a rough patch, it doesn't mean they are giving up. Of the 257 galleries selected (this year, there were 680 requests), 11 were Italian, compared with 34 German, 19 British, 18 French, 14 Brazilian, 10 Swiss and 9 Spanish galleries, but only 3 Chinese, 2 Russian and 1 Indian. Which, in terms of the number of galleries/population ratio, puts Italy considerably behind a sector superpower like Switzerland, but still very much ahead of BRIC countries. So, there is reason to be optimistic about Italian artists.

Among the most interesting under-45 group of Italian artists are, unquestionably, Diego Perrone, Daniele Puppi, Loris Cecchini and Lara Favaretto, who following participation in Documenta13 and her personal show at PS1 in New York, will be offered by two galleries (Noero and Klosterfelde).

In Miami, last year, Puppi was a tremendous success, selling three works. Perrone is counting on two leading galleries, Massimo De Carlo and Casey Kaplan, while Loris Cecchini, present at the fair with Galleria Continua, during the same period will also be having his firstUSpersonal show at Diana Lowenstein.

The following are the gallery owners' expectations collected by Panorama before the Art Basel:

Predictions are difficult. Who is really going to buy we'll only know at the end. However, it does seem that the American market has reawakened and we are hoping for a good response, this time also for Italian artists. We will have works by Giovanni Ozzola and Loris Cecchini who also recently had his first personal in theUnited States, right in Miami at the Diana Lowenstein gallery.

There are high expectations for the South American public and collectors. Brazil, but also Mexico, Colombia and Peru. They are avid collectors, as we already saw at Frieze London 2012. Art Basel Miami is already the no. 1 fair in the United States, but it is increasingly establishing itself as the fair of all the Americas.

The most important aspect of Art Basel Miami is that it is a window on the major South American markets. Contacts you make here you will meet again in Basel and Hong Kong- nowadays collectors attend fairs throughout the world. Plus, in Miami there is also an active night life and there are plenty of opportunities to meet people. We will have projects by Becky Beasley and Simon Dybbroe Møller.

We will be bringing works by Jannis Kounellis, Perino e Vele and Giovanni Anselmo, and we are expecting a good response from the international market which has been active recently, unlike the Italian market. We will also be looking to make contacts and generate interest for work done in the gallery. We have just opened a new venue in Palazzo De Sangro and this is where work is actually built.

We are expecting a lot of Brazilians, given that they invested here in recent years. It is our fourth year inMiamiand, as always, we will be dedicating much space to Italian artists whom our gallery focuses on and who are very much appreciated here. We will have works by Elisabetta Benassi, Massimo Bartolini, Daniele Puppi and Alessandro Piangiamore.

You need to come to Miami with quality and organization. Italy is the home of artists recognized throughout the world and we, given the importance of the works we are offering, need markets that can offer major foreign collectors works of incontrovertible worth.Brazilis becoming a major force in contemporary art. Encouraged by a number of young Brazilian collectors and the Miami market, I, myself, will be taking part at the next fair in São Paulo.