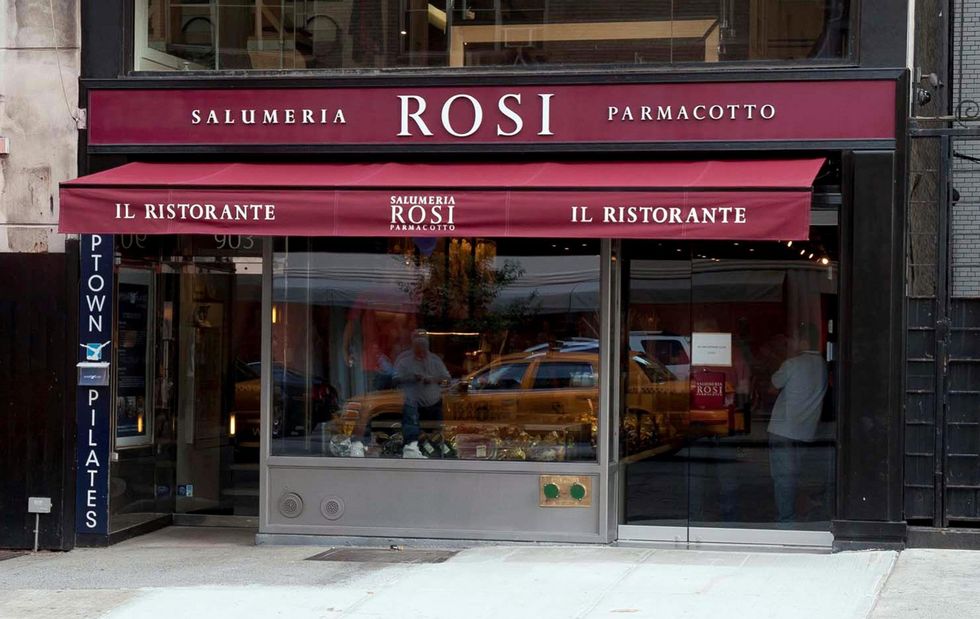 Tuscan Prosciutto: a must, according to the Wall Street Journal

Italian Prosciutto scored an other important goal. It has recently been praised overseas by one of the most prestigious papers in the world, the Wall Street Journal.

The distinguished  WSJ reporter Ralph Gardner wrote an extensive piece telling Readers about his visit to Salumeria Rosi, the store located at Madison Avenue and 73rd street in New York, where he tasted for the first time the latest entry in the competitive Italian prosciutto marketplace: Prosciutto Toscano, introduced by the Parmacotto Group.

Unlike the best-known  prosciutto from Parma region, Prosciutto Toscano is definitely something new, not only to Ralph Gardner, but to the American market. In fact, Parmacotto, a well known Italian company, has just started importing it in the U.S., after a five-year USDA approval process.

Parmacotto's CEO, Antonio Corsaro, explained the WSJ journalist that the best prosciutto comes from three regions: Parma, the ham of this region is salted and aged for a minimum of nine months in the area's humid climate; San Daniele, from Friuli, a region in the northeast of Italy, halfway between the Italian Alps and the Adriatic Sea. Both hams are salted using sea salt.

The Toscano, instead, according to Gardner, has more strong personality." They use, in fact, pepper and juniper to give stronger flavor." Parmacotto CEO Corsaro explains.

This ham has a black and bluish patina from all the spices that had been rubbed into it. But, when one tries it, he can't really taste them, what he or she feels is just  a hint of juniper in the flavor.

Going back to the various types of prosciuttos, in his amusing article, Ralph Gardner confesses that, despite his great appreciation of the product, he can hardly distinguish one ham from the other.

"Both the Parma and the San Daniele are delicious!" He says " Both San Daniele  and Parma are sweet, ...San Daniele.. perhaps slightly sweeter, and a blush lighter pink ? "

While enjoying  the taste of the different prosciutto and drinking La Battagliola Lambrusco to go along with it, Gardner had to admit, that despite Corsaro and Casella, Salumeria Rosi's executive chef, tried their best to enunciate the differences between hams from various regions, and their subtleties,  he could hardly recognize the Toscano from the San Daniele, or either from the Parma. He loved them all!

Gardner felt even more embarrassed when he had to confess to Mr.Corsaro and Marco Mocellin, Parmacotto's regional sales manager, that he he enjoys ham on a buttered roll.

They in fact looked horrified when Gardner asked them whether they also enjoyed their prosciutto with butter. "Mai" they answered him, meaning never.

At the end of his taste test at the Salumeria Rosi, Gardner, nevertheless,  was still convinced that  "ham on a buttered roll would go great!"