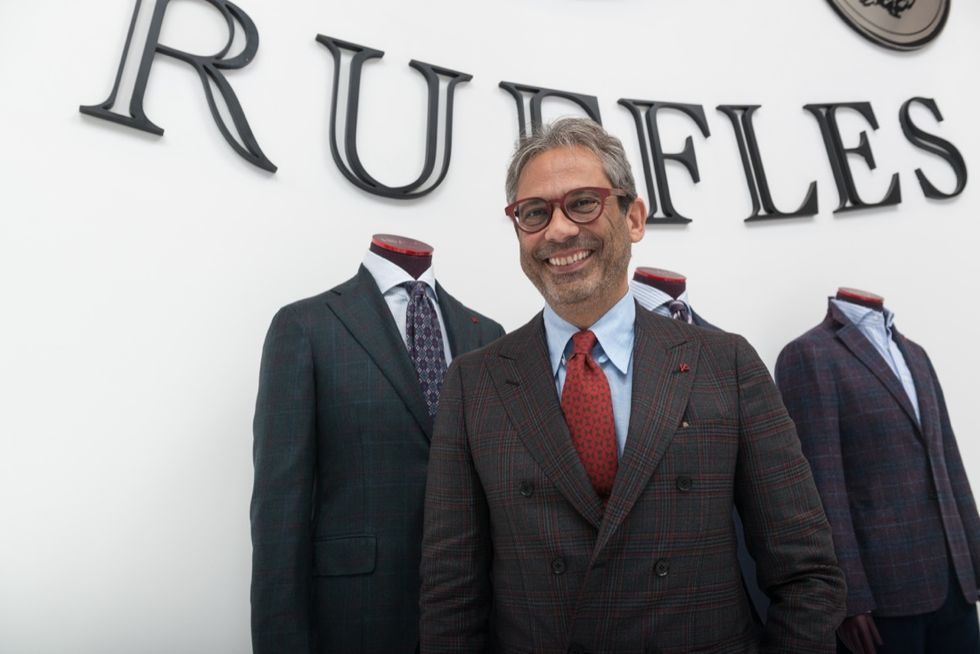 Pure emotion. Food and fashion speak the same language these days in New York. On West End Avenue, in the Urbani Truffles Academy, truffles played a leading role together with the great Neapolitan tailoring of Isaiah. A combination that for Panorama d' Italia, in the three days of This is Italy-Parts Unknown, on November 1st it has been translated into an exclusive brunch with the perfume of the tuber that the world envies us, while the dresses of the famous men's fashion house have been the original setting for the event.

We decided to enter the American market in 1992 - says Gianluca Isaia, president and managing director of the family business - today we have 3 shops, in addition to New York, we are present in Los Angeles and San Francisco. Half of our turnover is achieved in the United States "where the American man follows different criteria in dressing and distinct from the Italian one.

Elegance is absolutely personal,"you have to follow the instinct. For the Italian man, style is a matter of DNA, but the American man allows himself to be guided in his choice "explains Isaiah, who in any case has no doubt: the jacket, a must have garment of his production, must be a second skin.

The truffle so much loved by Americans

The sartorial approach combined with research and innovation in fabrics and clothing cutting is an inimitable characteristic of Isaiah as well as inimitable are the quality, perfume and taste of the truffles of Urbani, an Umbrian company known all over the world that has been present in the United States since 1947:"today in 36 hours the truffle from underground is on American tables", says Vittorio Giordano, vice president Urbani.

66 out of 67 starred restaurants in New York use truffles to make recipes:"it's a product that is very much appreciated by Americans". It is no coincidence that the Umbrian company has 5 branches in the United States, from Chicago to San Francisco:"From New York each week 190 kilos of white truffle are distributed throughout the country".

And while the numbers of Urbani Tartufi are listed precisely and punctually by Giordano, in the room the unmistakable flavor that for a moment makes you seem to be at home spreads.