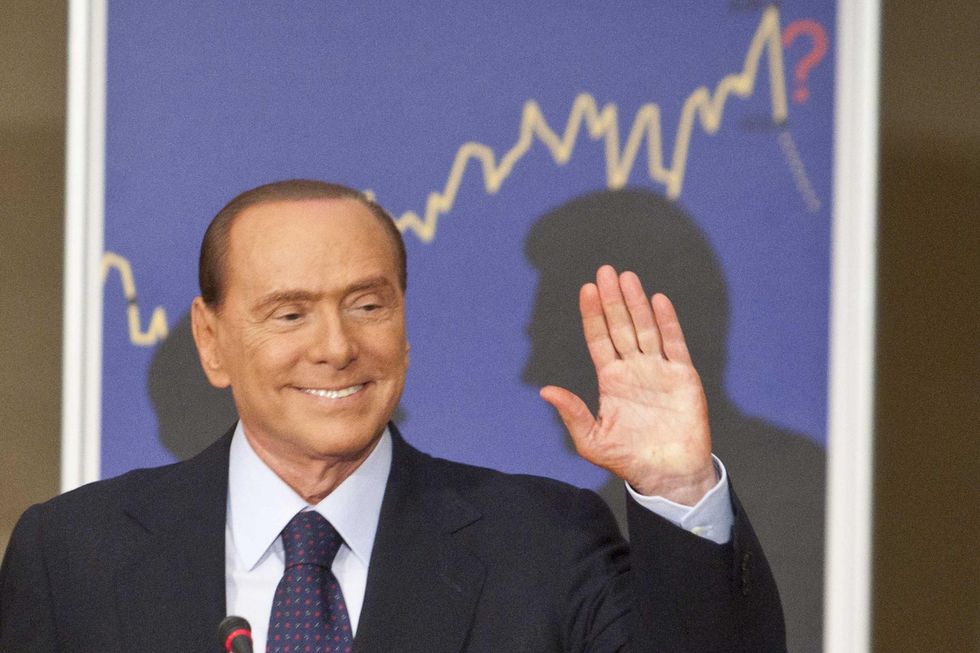 Former Italian Prime Minister Silvio Berlusconi said on Wednesday that he will not be running for elections next year and that he has the intention to hand his People of Freedom party over to a successor, ending months of uncertainty over his candidacy and political future of the whole center right coalition.

"I will not be presenting my candidacy but I will remain at the side of younger people who can play and score goals," said Berlusconi, who founded the party in 2009, implying that he is not ready to completely abandon politics.

The 76-year-old media mogul, who - among other things - owns AC Milan soccer club, three national television channels as well as Mondadori publishers and several villas, said in a statement that his successor would be appointed by the end of December following primary elections within the his center right coalition.

"I still have good muscles and a head on my shoulders, but my role will be to give advice," he said, adding that the vote may take place on the upcoming 16th of  December.

"For the love of Italy one can do crazy and wise things. Eighteen years ago I came onto the scene, a mad move that did not lack wisdom: I now take a step back," the billionaire added.

The former prime minister had retreated from the political frontlines after handing over power in November 2011 to former European competition commissioner Mario Monti amid a wave of financial market panic following the fact that the government that he lead failed to put in place some effective economic reforms to shield Italy from the debt crisis.

Berlusconi last year had named Angelino Alfano as his successor to head the political movement, but Alfano recently has been relegated to supporter role.

The move also comes as his scandal-hit People of Freedom party tries to boost its credibility following a series of investigations into misuse of party funds.

Scudetto made in Lombardia