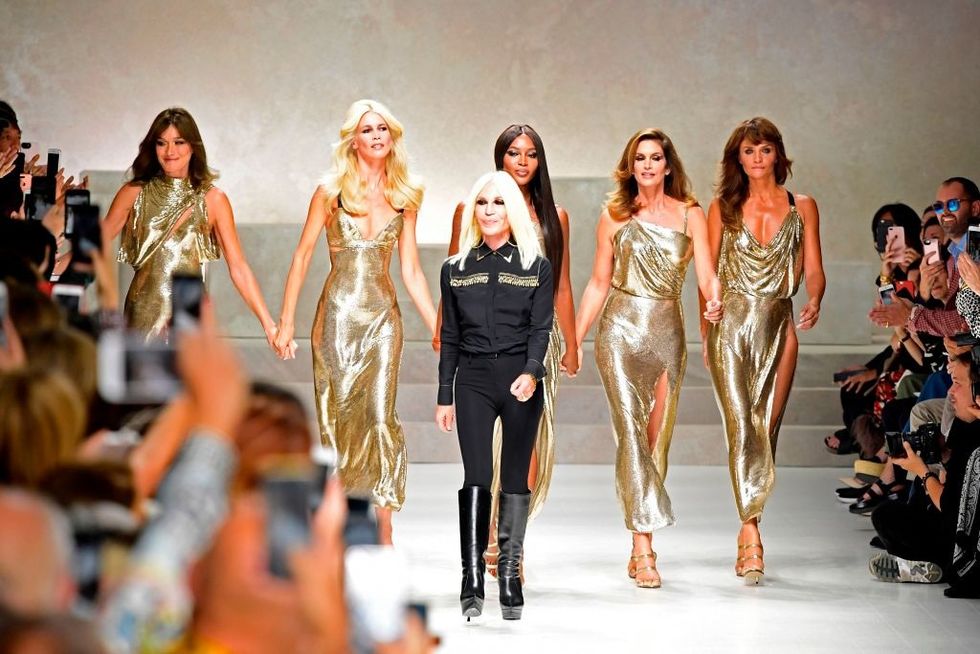 Remembering Gianni Versace and his world of "supermodels"

"Twenty years after taking over the family business in tragic circumstances, Donatella Versace is dominating the fashion agenda", stated the British daily the Guardian to emphasize why it is right to consider 2017 should be considered "the year of Versace".

Actually this year Donatella Versace made something very special to remember her brother Gianni, who was murdered on the steps of his Miami Beach home in 1997. "She designed a tribute collection inspired by Gianni's archives, announced a scholarship in her brother's name at Central Saint Martins and, in September, in a fashion coup for the ages, reunited Gianni's supermodel crew - Helena Christensen, Cindy Crawford, Naomi Campbell, Carla Bruni and Claudia Schiffer - for a catwalk finale that melted the internet".

As the Guardian recalled, it was only this year that Donatella eventually decided to open her brother's precious archive, a 10,000 sq ft storage facility located in Novara, not too far away from Milan. For the first time Donatella decided to go through Gianni's most famous creations, to discover once again that he was a genius.

As Donatella Versace explained to the Guardian, going through her brother's archive brought vary good memories to her. And indeed Gianni's time was the one in which fashion became famous. "It was the beginning of fashion becoming pop culture, of being associated with music and rock'n'roll. Those two worlds were really in contact with one another. When something starts to happen, that is the most exciting moment. It was a huge change. The 90s was a huge change in fashion".

Donatella Versace is right in saying that it was her brother to transform models into supermodels in the '90s, stressing that super means being allowed to show personality. "Before that, I don't think many designers let models have personality, nor after. The models should wear the clothes, be very serious, not smile, look in front of you, almost no soul. This was totally opposite: it was about the girls, what the girls were thinking, who they were dating. It wasn't just about the clothes, but about who was wearing the clothes."