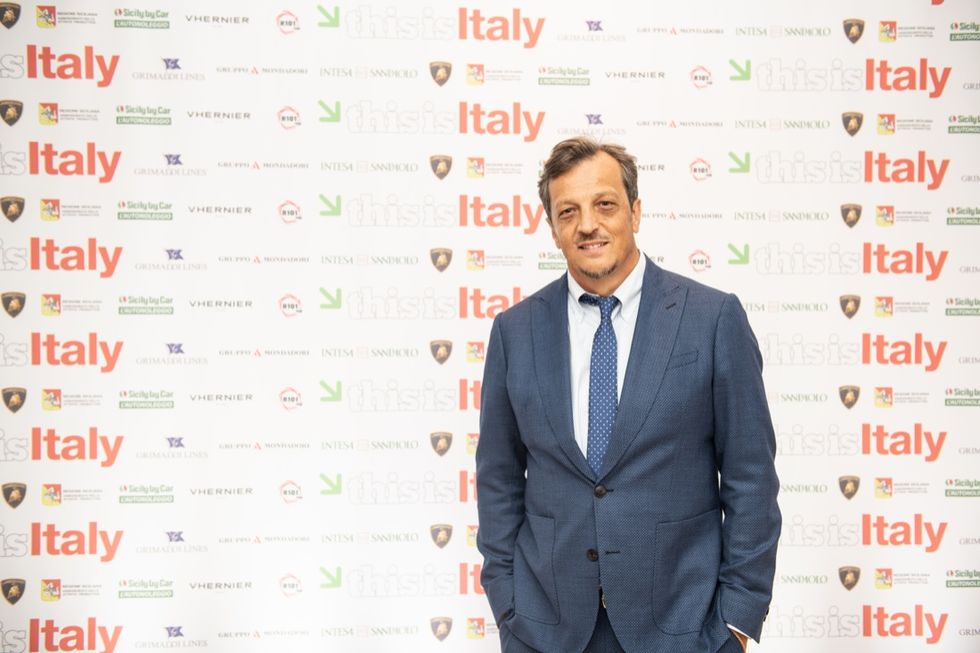 Gabriele Muccino: why I came back to work in Italy

Interview with the director, in New York for the Panorama tour. A journey between U.S. culture and the italian one

A film that tells many years, perhaps forty, of the life of three boys and a girl from adolescence to full maturity: Gabriele Muccino does not reveal, does not anticipate, but this will be the subject of his new work, which the author of "A casa tutti bene" is working hard in Italy.

Yes, in Italy, the great director confirms, interviewed in New York by the director of Ciak (and president of the David di Donatello Award) Piera Detassis, for the American stage "This is Italy" of Panorama d'Italia. Interviewed in the roof-top of the Hotel Public, at the Village, a terrace with a beautiful view of the Big Apple, ascertained that other previews on his next "creature" the director does not give her, the question that stands out is why he is working again in Italy. Indeed, because the "director" preferred by Will Smith somehow today is a "brain return" after a long and intense escape to the United States.

And we will remain there for at least a while, although he has now created a strong relationship in America with the public that on the contrary in Italy has worsened, along with the cultural climate: "Working in the U.S. is not easy. In Europe, the director is the undisputed leader and he bears enormous moral responsibility for this. In the United States, on the contrary, they make you feel like a number and you're still considered replaceable at any time.

For those who, like Muccino, keep quality and substance at the centre of their values, even life in Hollywood in the midst of success appears in chiaroscuro. "I had ups and downs", he explains in essence, and makes it clear that the American "dream machine" is not always as it appears and that the advent of the full web era, the irruption into the field of new strong subjects such as Netflix ("in TV series the director's work is practically reduced to a minimum) or Amazon, have changed the cards on the table but no one yet knows in what way and in what direction. "Hollywood is very stressful, always flirts with the latest news", could be the summary.

Italy, on the other hand, continues to be the cradle of his profession. "I wanted to be a director because I fell in love with Italian cinema from the early Fifties to the sixties, the golden age. A model that was also essential for many American filmmakers. And Muccino quotes De Sica, Monicelli, Scola. He underlines how Scorsese, for example, was nourished by that example, with his powerful language of sweetness, bitterness and truthfulness.

So why the decline of Italian cinema? "They have started to become amateur", Muccino summarizes, adding some not very flattering references to the criticism, always quite severe towards him: "even if I prefer negative criticism and full room", he smiles.

The worst thing about Italy? "Despite the brutal financial crisis, the United States has made a big comeback, the country is on the upswing, it has been able to react quickly. The USA is an extremely individualistic country, but one built on the ability of individuals to seek their own future. When they are in difficulty, they do not expect help, but react and rely on themselves. Italy, on the other hand, is a country that, perhaps because of its long history of domination, despite being capable of great performance knows how to react less, is not reactive.