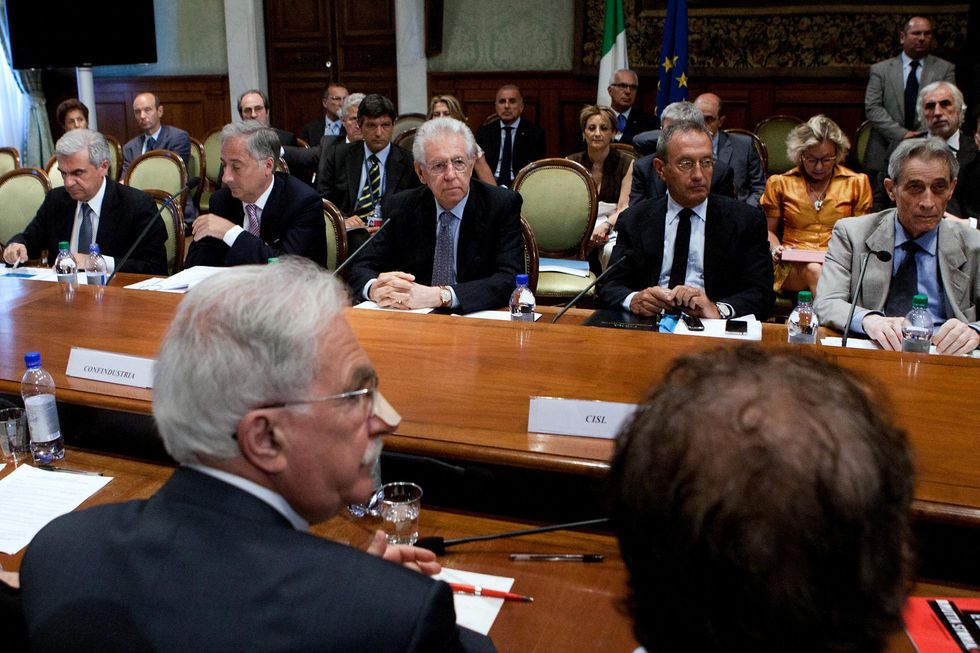 Prime Minister Mario Monti appealed, few weeks ago, to companies and unions for a greater and united effort to boost productivity and competitiveness in Italy.

After several meetings with representatives of workers and companies, Monti has appealed to both istitutions' sense of responsibility. "We expect and demand that enterprises and unions work united in the interest of the country, above any form of particularism."

Monti admitted that the measures taken by the Government affected severely the economy trend, though, he underlined "they are necessary for the economy to recover and grow in the long term."

"It is obvious that tough measures hitting structural elements cause an inevitable economic slowdown in the short term, due to a drop in demand,... only a fool would not agree. Nevertheless this is the only way to recover from crisis and obtain a long term growth," he said.

Monti also focused on the problem of the high cost of labour, an issue of extreme interest to investors and a matter that often keeps foreign companies from expanding in Italy.

"The Government is willing to solve this problem and help enterprises," Monti underlined.

"According to international statistics, Italy's productivity has shown a negative trend in  comparison with other productive countries over the past few months," said Monti, "we do wonder whether all efforts have been made to modernize the dialogue between enterprises and unions in order to recuperate productivity, which is the essential factor for growth and job opportunities," he added.

Protection of labor rights, has in fact been a controversial issue for years in Italy. On one side, enterprises ask for more flexibility, on the other, unions try to guarantee the rights of the workers.

In this moment of tension, Italian union federations have several expectations.

Cgil (Italy's biggest union federation) is threatening a day-long general strike in case the government will not give satisfying answers with regard to development and incomes.

In the meantime Corrado Passera, Minister of the Economic Development, commenting the current negotiations between Government and unions, said that the Government expects ambitious suggestions because increasing productivity is important to convince the other countries that Italy means business.

The Minister talked about a "second spread, the productivity spread."

"It is possible to put more money in the pockets of Italian citizens," he added,"but without an improvement in productivity there is no chance to increase incomes."