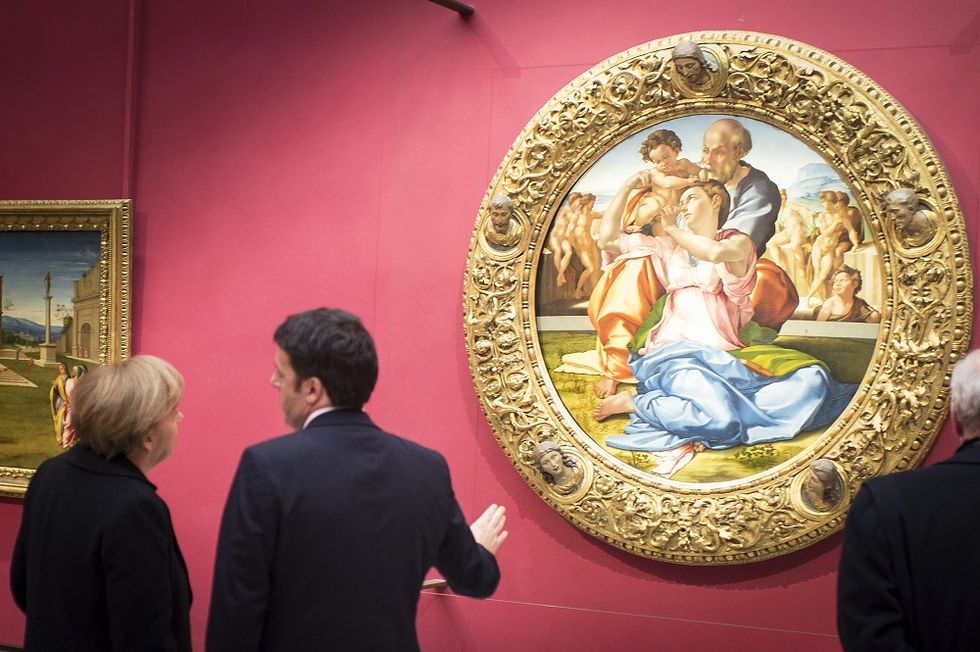 Why the “Uffizi Virtual Experience” should not be missed

The first Italian interactive exhibition held in Milan until March 2016

Since January 2016, the Fabbrica del Vapore in Milan became the host venue of the first digital interactive exhibition in Italy, i.e. Uffizi Virtual Experience. Open until March 2016, the event was promoted by Milan and Florence Municipalities, along with the Italian Ministry for Cultural Heritage and Tourism.

The selected works of art - presented as interactive pictures - come from the Uffizi Gallery in Florence. In particular, the exhibition is developed through immersive multi-projections thanks to the technology Uffizi Touch, grasping details not easily distinguishable by human eyes. The high-tech touch screens allow the visitor to explore the Uffizi collection in depth. In fact, they can focus on Lucrezia Panciatichi's pearls and on the flowers Leonardo's Annunciation as two small details of two big works of art.

Guests and visitors are at the same time actors since they can take part in didactic labs and workshops, also for young guests. This new approach, defined as edutainment, aims at involving families, students, adults and youngsters interested in culture, technology and digital economy.

As explained by the Italian daily Corriere della Sera, in total, 1150 masterpieces exposed and visitors are able to plan their visit as best as they can (according to their preferences), through the app Ubilla. The dynamism of the exhibition is also mirrored by its structure. In fact, it is developed in two parts. The first one is devoted to the vision of the works, having a broad temporal spectrum, i.e. from 1200 until 1600. The second part is interactive, didactic and recreational through the use of advanced technology, such as Uffizi Touch.

A great protagonist in this event is Virtuality, the new startup born in July 2015 as a continuation of Centrica. The latter has a great experience in high definition digitalization of masterpieces and in the development of digital interactive apps. Therefore, the company undoutedly plays a core role in the exaltation of Italian cultural heritage.