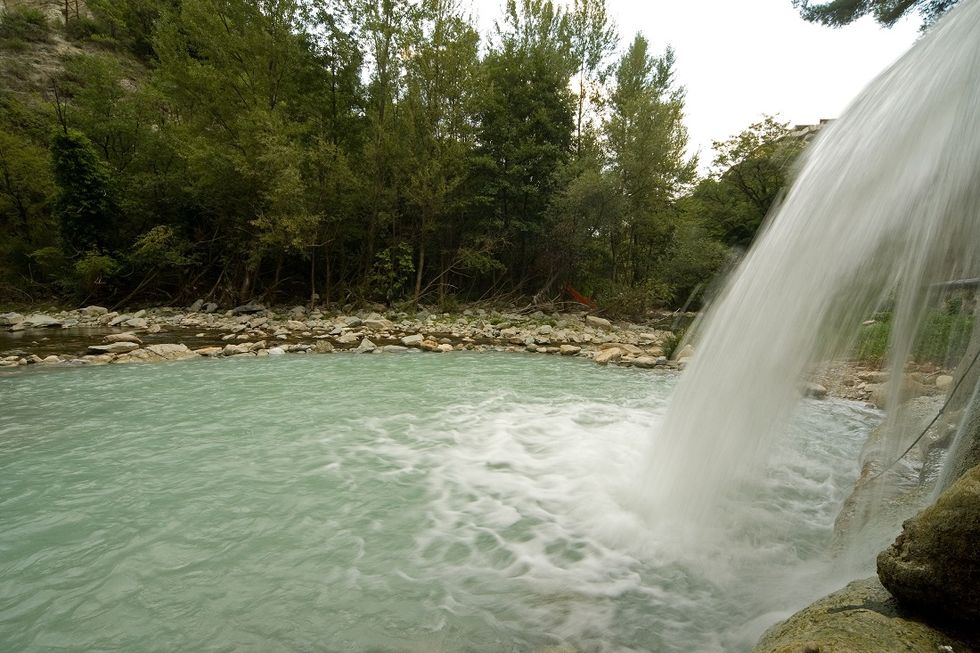 The secrets of the Marches' cuisine

Olive all'ascolana, porchetta, vincisgrassi and brodetto among its signature dishes

The Marches is a region with a "plural" name, and rightly so, since here we find a variety of territories, cultural influences, traditions and ways of life which cannot be considered as uniform and indistinct. This also holds true for the region's food. The classic cookery of the Marches is a well-constructed mix of foods which exploits both the products of the land and those of the sea.

What did the Roman consuls and the generals of the Carthaginian Hannibal have in common? Apart from sharing a place in ancient history and fighting in bloody battles throughout the entire peninsula, they all loved the large olives of the Marches. And still today, this tasty fruit is appreciated: symbol of the region's cooking is in fact olive all'ascolana, olives which are stoned and then stuffed with a mixture of mince, eggs, parmesan cheese and various herbs, then dipped in beaten egg and breadcrumbs and fried in oil.

Links with history are not that unusual for cookery in the Marches: another great historical figure, Napoleon, is involved with a traditional dish of the Marches, called vincisgrassi, lasagne with mushrooms, truffles and chicken livers, covered with béchamel sauce and then baked in the oven. When fighting against Napoleon in the Marches, the prince of Windisch-Graetz, who was an officer in the Austrian army, tasted this dish prepared for him by a local cook, and expressed such appreciation that the dish was given his name, albeit somewhat distorted and Italianized.

Putting history to one side, food and wine represents for the Marches an essential aspect of its attraction for tourist, which is based on a number of seaside resorts and many places of interest inland. A well preserved artistic and natural heritage, together with a flair for tourism and good hotel facilities, are supported by a flourishing tradition of good food. The Marches is home to an excellent breed of cattle, similar to Tuscany's Chianina, whose meat is an important part of a number of regional specialties. The symbolic dish of Pesaro is tournedos alla Rossini, in memory of the great musician, who is celebrated every year in August in his native city with an important festival. This sumptuous dish of haute cuisine consists of a braised fillet of beef with ham, mushrooms, parsley, lemon and a pinch of pepper.

Fabriano has a worldwide reputation for its production of high quality paper, and there is even a museum dedicated to this traditional product. But the town is also a favorite with gourmets, for its splendid smoked ham, while in Macerata the unusual ciaùsculu is produced a traditional sausage made with finely minced pork, and flavored with garlic, salt and pepper, which the local trattorias serve spread on slices of toasted bread. In every corner of the Marches it is also possible to find porchetta (sucking pig) turning on a spit, with its traditional flavoring of wild fennel seeds. There are also treats for vegetarians, though, or simply for those who love their greens. A tasty local specialty is misticanza, a mixed salad of wild leaves. Visitors to the coastal towns can discovered the specialties of fish cookery, such as brodetto, a fish soup. The dish is cooked in two man versions, one from Ancona, and the other from Porto Recanati.