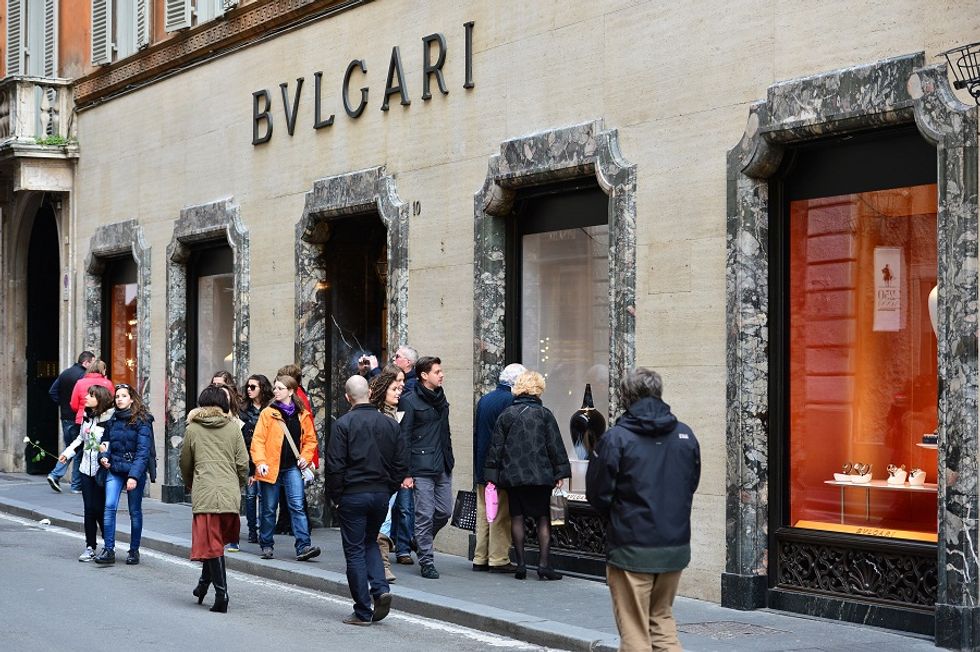 1.5 million euros have been donated to renovate the famous Trinità dei Monti staircase in Rome

Mr. Ignazio Marino, the mayor of Rome, has welcomed Bulgari's interested in joining other fashion labels in contributing to restore the beauties of the Eternal City. The maison's CEO Jean-Christophe Babin confirmed last week the interest of the maison to contribute to the renovation of the famous Trinità dei Monti staircase in Piazza di Spagna with 1.5 million euros. The generous donation follows previous examples of Diego Della Valle, president of Hogan and Tod's, who contributed in funding the renovation of the Coliseum and that of Fendi maison, who spomsred the renovation of the Trevi Fountain.

According to Mr. Babin: "Rome's majestic artistic beauty, its historical heritage, its art and culture have always been an unlimited source of inspiration for our collections". The reason why Bulgari has chosen this particular monument is because of their affective attachment to it: the city represents the heart of their history, the middle point between Via Sistina, where Sotiro Bulgari opened the maison's first store in 1884, and via Condotti, where their store is currently located.

In the occasion of its 130th anniversary, Bulgari maison decided to celebrate with a great party, last Wednesday, in the beautiful setting of Piazza di Spagna. Many VIP guests took part to the event: the beautiful actress Carolina Crescentini was shining in a marvellous dress laminated with gold; Rapti Gomez, wearing a peach suit; prince Giovannelli and the high-society woman Marisela Federici. Several TV stars and politicians were also present, such as the journalist Cesare Bonamici and the former mayor of Rome Francesco Rutelli, with his wife, journalist Barbara Palombelli.

The famous fashion house contributed in spreading the "Made in Italy" label all over the world. Currently, the fashion maison counts 300 boutiques in the most prestigious shopping centres around the world. Among them, the store on the Fifth Avenue in New York, and the biggest boutique "Bulgari Ginza Tower", in Tokyo.