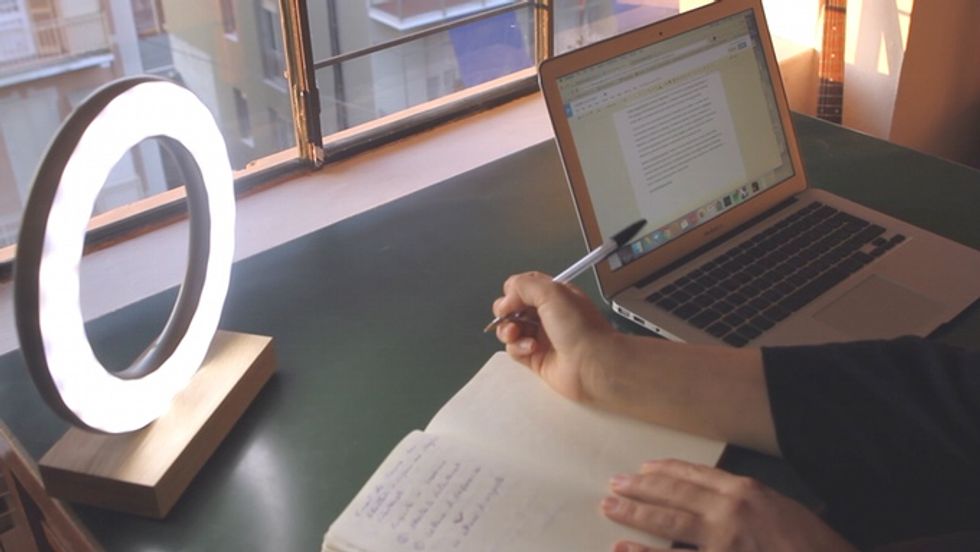 Halos: Italian wit in a lamp

A smart wireless lamp combining style and elegance with functionality

Halos stands out as a successful Italian story. The company was recently launched by Stefano Filipello, who was a Marketing Project Manager at Google Paris. In 2015 he decided to leave his position in order to launch Halos and to invest all his energies into his project.

Halos is a smart wireless lamp, combining style and elegance with functionality. In fact, the wooden base (besides being very chic) works as a charger for the lamp, which is possible to control thanks to a mobile App. In partnership with Filipello, a mixed Italian team with a French member worked hard to improve Halos and to make it a top product on the market. In particular, the other Halos relevant characters are Axel Delbrayere (designer), Giulio Niola (engineer) and Marco Frappampina (engineer).

Halos was launched on Kickstarter and it collected 10k ? in less than a day. Kickstarter is an online platform which helps "bringing creative projects into life". So far, Kickstarter has financed 117.842 projects in different sectors, such as music industry, film & video, publishing but also technology.

Halos team used Kickstarter as a support campaign for their project in order to manufacture the lamp. The team has worked a lot in the last few years to develop the right design and prototype in order to sell it successfully. Now that the product is ready, Halos team is looking for economic support to produce the items.

Halos seems very attractive also because it needs no socket or plugs, forgetting all the inconveniences of old lamps and projecting the users towards a brand new dimension. As we read on Halos website, the founders are proud to state that "Halos was born to solve the illumination issues we face in our daily life" transforming the concept of lamp into a "smart, functional, powerful and resistant" object.