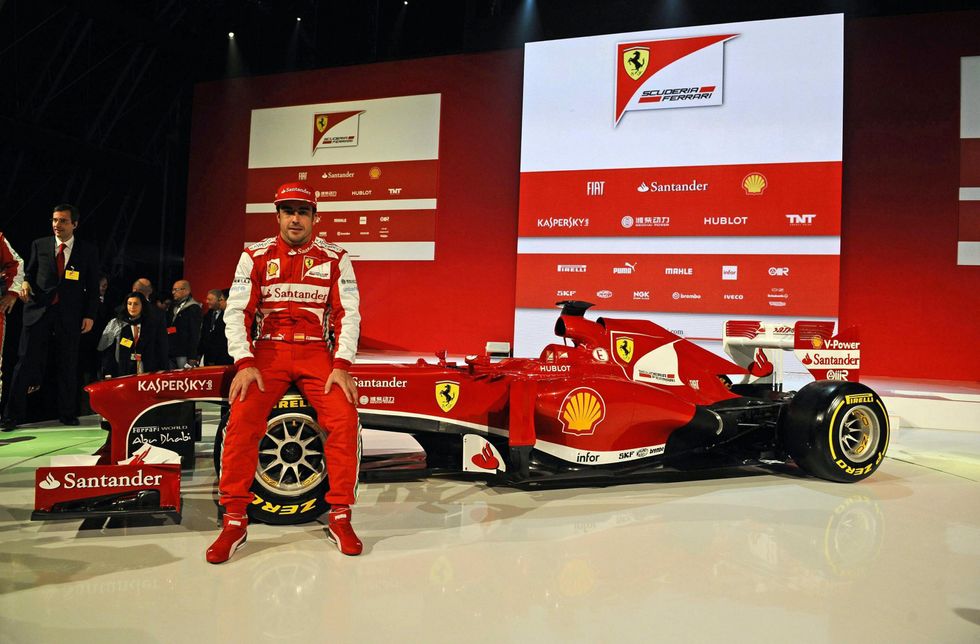 Made in Italy: Ferrari presents its brand new car

The new Ferrari F138 has been constructed to win

The car's name F138 is a combination of the year and a tribute to V8 engines which will be used for the last time this season, bringing an end to an eight-year run.

The project, which goes by the internal code name 664, is the first design coming from the reorganization that concerns working methods that have been implemented for several months with the creation of two specific groups of designers: one working on the F 138 model and the other on the completely different car which will race next season.

The F138 car is the Ferrari team interpretation of the technical and sporting regulations of this year, which are basically the same as those of last season.

The new model, according to the Ferrai team, is not a radical change but the evolution of its predecessor, the F 2012. In fact all the basic characteristics of extraordinary reliability of the F2012 have been maintained.

In the F138 every single part has been revised in order to maximize performance. Ferrari have retained  the front and rear pull-rod suspension set up introduced with the previous model, refining it for maximum aerodynamic advantage.

The car's body elements have been redesigned in order to allow changes to the positioning and layout of the exhausts.

The dynamic air intake , on the cockpit has been redesigned, and so the intakes to the side pods, which have been optimized  in aerodynamic  terms, while maintaining unchanged the overall cooling system.

The rear  of the car is much narrower and more tapered on the lower part.

The configuration of the front and rear wings is an evolution of the last version used on F 2012, since the optimization of that car ran all the way to the final race of last season.

The aerodynamic  elements of the car are  those from the initial phase of development.

More relevant modifications will be introduced in the weeks  preceding the race and a relevant development programme has already been planned. The drag reduction system on the rear wing has been revised and optimized to make the most of the modifications of the Sporting Regulations introduced this year.

The optimization of the braking system has been carried out with the collaboration of the Brembo group. During both, the design and production stages, great attention has been paid to weight reduction and on increasing rigidity. This target was achieved through the joint  and interactive work of all departments-Chassis, Engine and Electronics and Production- that shows how important is being able to design  and build a car with everyone working side by side in the same place : the Ferrari way.

The engine on the F 138 is an evolution of the one fitted  to the F 2012, since technical regulations forbid modifications to internal components aimed at improving performance.

A great effort has been made to reduce weight and size, and to improve at the same time efficiency of some of its components  and, as in the case of the engine,  to maintain the highest performance level throughout the KERS usage cycle.

The traditional collaboration with Shell  has led to further progress on  the fuel  and lubricants front.

Much time has been dedicated to the performance and improvement of the materials used, as it is in the Ferrari's tradition.

The three  test sessions ,at Jerez de la Frontera and Barcelona, will allow the team  understand the performance of F 138 and to adapt it to the new Pirelli tryres. Tyre  use is, in fact ,  a sector that required a lot of work both at the design stage and in its management at the track.