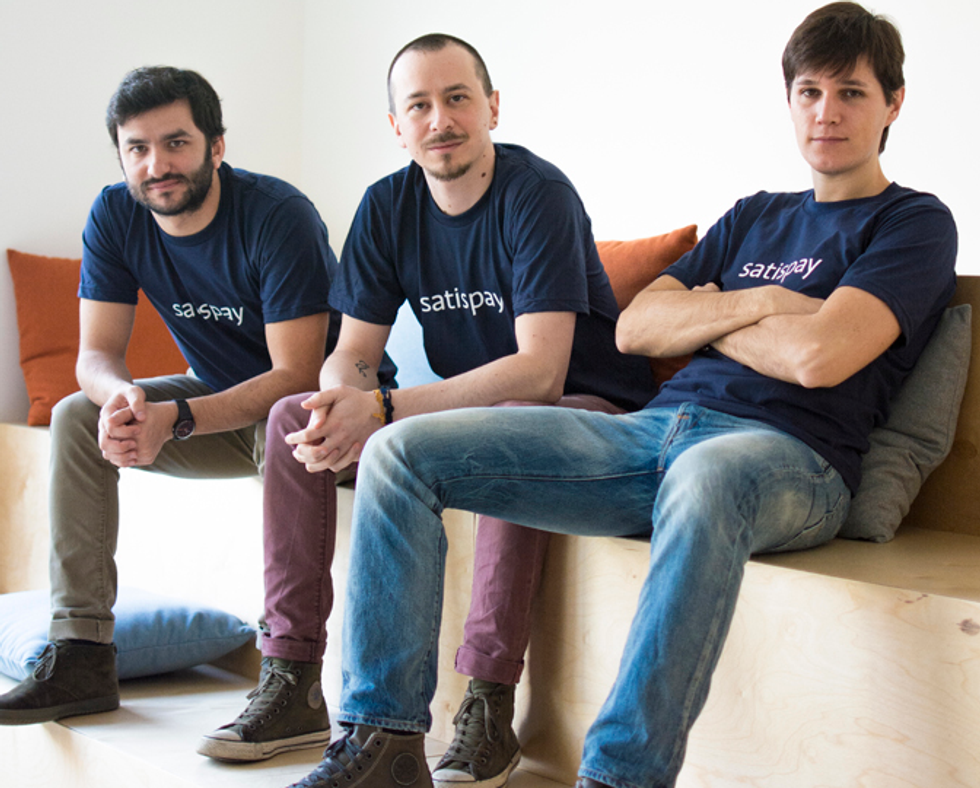 The app that transfers money by phone

Satispay, in other words, pay with satisfaction via smartphone. The start-up, founded two years ago by two young entrepreneurs just over thirty, marks a turning point in the system of payments and micropayments using the smartphone. It’s so radical as to lead us to consider it nothing less than a cultural revolution, and it can also contribute to combat tax evasion.

The secret? Super-low prices (free for private consumers, only 20 cents commission for shopkeepers for amounts over 10 euros and free below that amount) and, unlike the credit card circuit, it bypasses all the intermediaries between the private consumer, the shopkeeper and the bank. All it takes is a click to link Satispay users with each other. “We are confident that the new generations, having grown up with the smartphone, will quickly get used to paying for their bread at the bakery down the street using the phone” says Alberto Dalmasso, 31, from Cuneo, founder with Dario Brignone and Samuele Pinta, both 32, of Satispay (from left in the photo). In a country where 90% of payments are still made in cash, where 70% of the population uses the credit card but which has the largest number of mobile phones of any country in Europe, his claim opens incredible scenarios for everyday micropayments all the way to exchanges of money between private individuals and friends.

The App and the Satispay circuit function using the standard European SEPA code introduced in 2012, which has harmonized the system of payments in 33 European countries but that none of the banks has exploited to the fullest extent. All it needs to work is the IBAN bank code of the users “an inviolable number even in the hands of others, while the virus-proof structure of the mobile and 180,000 euros invested for the security of the application make it much safer than the credit card or online banking” Dalmasso adds. The tenor of the company's financing partners indicates the enormous potential of the system.  Supporting the three founders, who maintain control of the Board of Directors, are none other than Jonathan Weiner and Ray Iglesias (founders of the Google Wallet project), Jon Koplin (international division manager of Google Wallet), Nicola Carbonari (founder of Autoscout24), Giuseppe Donagemma (networks vice president of Samsung Electronics) and, as industrial partner, also Iccrea Banca, which brings a dowry of 6 million clients of the Italian BCC (cooperative credit banks).

The result: 5.5 million total investment, 20,000 downloads of the app of which 6,000 active, 500 companies and 600 sales points already associated with the network. “The industrial plan predicts that we will reach the break-even point in two years with 500,000 users, to arrive at 15 million by 2020, making us the leading system for payments via mobile in Europe.” After Milan, the company has already opened an office in London. Starting next year, expansion will get under way abroad.