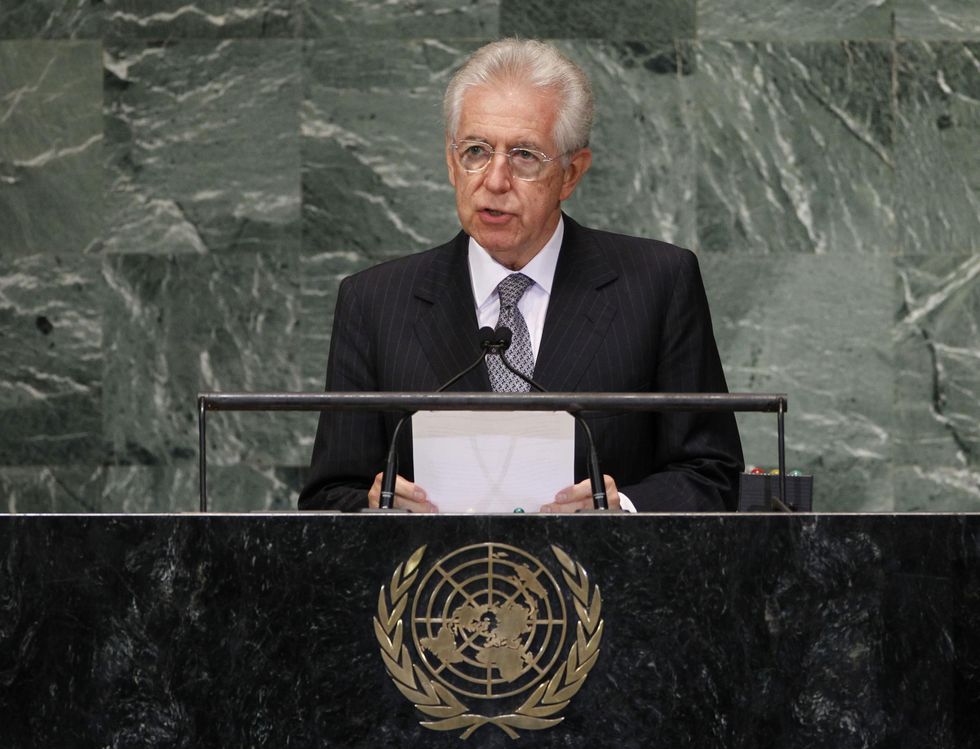 Italian Prime Minister Mario Monti, whose term at the head of an unelected government expires next spring, would consider 2nd term as Premier, if asked.

That is what Monti said on Thursday in New York on the occasion of a UN conference, which is not a coincidence.

It is in fact in this scenario that Monti decided to specify that he is not interested in a 2nd term as Prime Minister, and that he never asked for it, but that, under special circumstances, and should he be asked, he would consider the situation and eventually stay on after the vote.

A Monti 's 2nd term is also what many international counterparts hope for, such as Angela Merkel and several international institutions that fear a comeback of the Italian political bickering andrivalries, which  might compromise the several reforms carried out by Monti in compliance with European and International Monetary Fund guidelines.

Monti's availability to extend his leadership marks a departure from previous statements in which he downplayed the possibility of a 2nd term. This change could be seen as an attempt to calm down markets tensions which intensified on Wednesday.

"I do not have any specific project for the near future. I just want politicians, markets and international community to know that, should I be asked, I will be there to serve helpfully" Monti said.

While Italy's business community, who had made pressure on the actual Premier for him to stay on, is jubilant, politicians are having different reactions to a possible Monti's 2nd term, which this time seems to be more real and tangible, rather than a ghost.

Monti's announcement, a promise to some politicians and a threat to others is destined to cause even more chaos, in the already complicate political games of alliances, with the risk that no relevant majority might come out after elections, making conditions for future big coalitions.