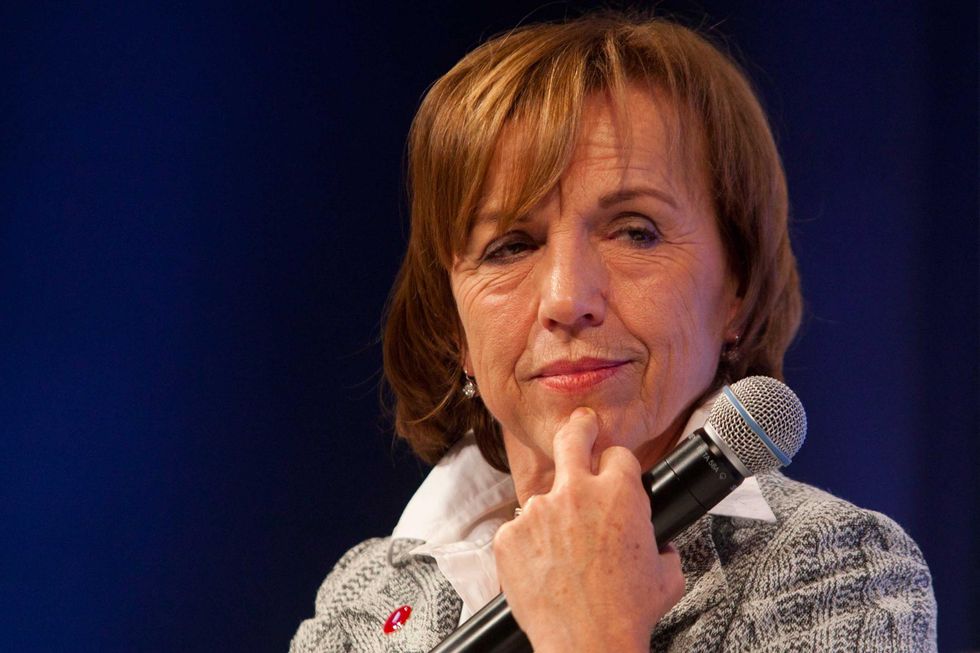 The axe will fall on project contracts, temporary contracts and freelancers with V.A.T. Because the reform has made flexible contracts more complicated, costly and unmanageable. As 4 large companies explain.

The new rules of flexible employment introduced by the Fornero reform are a complete failure, according to human resources managers.

25% of them give the reform a passing grade between 6 and 7 out of 10, while the rest flunk it out of hand. That wouldn't be so bad if we were talking about a failure in the abstract.

The trouble is that it's anything but abstract, because the men who manage the staffs of companies, deciding whether to hire or fire employees, have no doubt.

30% of them believe the reform will mean, for their companies, a drop in the number of employees with respect to the corporate plans, while just a little over 4% expect an increase, compared with 66% who don't expect any fallout at all.

These are the results of a poll via internet that Gidp, an independent association consisting of a network of 3,800 human resources managers, made for Panorama with a precise mandate: to discover what effects the new laws would have, concretely, on employment.

These new laws, which change the rules for flexible employment contracts (from the project contract to freelancing with V.A.T.) have been in force since last July 18.

The answers furnished by a sample of 87 companies reveal, with very few exceptions, a situation that doesn't leave much hope.

29.6% of the companies expect to lose employees and tell us that, due to non-renewal at the expiration, or reduction of the number of future employees, the axe will fall on all forms of flexibility: temporary contracts and project contracts, but also freelance contracts with V.A.T. and apprenticeships.

While 4.2% of the company that expect to increase the number of employees are counting in particular on apprenticeships («It is the most economical form and the rules are clear») and temporary contracts (especially those that do not require indication of the reason).

Paolo Citterio, chairman of Gidp comments: «The law has made flexible contracts complicated or expensive and thus largely unusable, starting from the idea that the permanent contract is the common form of employment, but it never has been and never could be only this way.

Certainly the abuses had to be stopped, especially in certain sectors like call centers. But when the chain of orders covers 6 months and there is talk of recovery in 2014 or 2015 who could employ only permanent staff?».

Panorama has tried to go beyond the numbers to understand better the problems and motivations, by interviewing four human resources managers. Here is what they told us.

«We will have to reduce the number of temporary workers»

Air Liquide, the world's leading supplier of gasses for industry, healthcare and the environment, with 46,000 employees in the world and sales for 13.4 billion euro, operates largely at the industrial level in Italy, with about a thousand employees and about thirty sites, from Sicily to the north east.

Federico Amietta, human resources manager for the industrial activities explains: «If I have peaks of business or temporary replacements, I can't easily move employees from a site inPaduato one in Priolo, in Sicily».

This has always been the case at Air Liquide Italia and they use temporary workers in production with the form of the service contract that passes through temporary employment agencies.

«It costs between 10 and 15% more than the direct contract, but spares us all the technical, legal and administrative aspects of the management of employment relations» says Amietta.

The numbers involved are relatively few. Temporary workers in production, that totaled more than 60, will amount to 30 out of 590 workers, with about 5% deemed physiological.

But what will happen at Air Liquide to its 30 temps in the near future after the Fornero reform? Amietta says: «We will exploit the duration of the existing contracts to the maximum.

We have some that expire in a month and others in 2013, but we will definitely reduce the number and it is unlikely that new contracts can be stipulated with the same people». That is the effect of the extension of the pause between one contract and the next, brought to 90 days by the reform. «The period is so long that it will force the company to rotate the people they have on temporary contract even when there would be no need» Amietta points out.

Certainly, expectations of increased employment, whether flexible or not, with or without apprenticeship, are non-existent. At least inItaly. Even though the group is growing abroad. Its latest investments are in Brazil and Poland.

«We will be forced to hire fewer people»

Alessandro Di Giorgio, human resources manager at Best Western International, the company that manages the reservation center for the independent hotel group that inItaly alone has 180 hotels is rather bitter.

«For personnel managers like me it's a real headache to deal with the often insurmountable problems, to create employment the way the company can offer it».

Yet Di Giorgio is one of the few who can smile, if for no other reason than that after closing the centers of Frankfurt (1994) and Dublin (2004), Best Western, in sharp contrast, unified in Italy, at the Milan office, the employees of the now sole reservation center for all its European clients: about a hundred employees, half Italians, divided in language units, employed initially with a temporary contract but then, as a general rule, confirmed. At this point the temporary employees total only about 10 out of 90.

Now the picture changes. The critical points, according to Di Giorgio, are not only the cost of temporary employment for new employees, which has increased by 1.4%, but the fact there is also the increase, depending on the cases, to 60 or 90 days instead of the 10 or 20 it was before the reform, of the period of interruption that, within the 3 total years of maximum duration of the contract, must pass before renewal.

This does not allow the company to keep trusted employees to be added to the permanent staff as soon as possible. The result, concludes Di Giorgio is that «if before we could afford to stabilize 90% of the cases, now the percentage is down to 75%. For the few new temporary employment contracts we will stipulate, we will try to refine our selection even more, to be sure of not making mistakes».

«Actually, the new apprenticeship works well for us»

The plans of the fast food chain McDonald's Italia in February provided this year for 1,500 new jobs with 30 new openings.

It's October now and the year really will end with 1,500 new jobs, and 90% of them will be with apprenticeship contracts. The Fornero Effect? «Certainly the market, which is slow, but growing, has more effect on new entries than the reform» says Stefano Dedola, human resources manager.

Having said this, at McDonald's Italia they make no secret of their moral satisfaction with the new rules: «Apprenticeship, which has always been the form used by the chain, with a contract once considered second rate, has become the main means of entry to jobs for young people» comments Dedola, who has 5,000 employees under 28 out of 15,500.

But there is more. «With the new regulations the minimum percentage of apprenticeship contracts that have to be converted to permanent jobs goes down to 30 from 70%».

Historically, at McDonald's, 90% of the apprentices become permanent employees, but with the uncertainty caused by the economic situation, having the bar a little lower doesn't hurt.

Although it should be said that an important step on the subject of jobs and employment at McDonald's was made without Minister Fornero, with the agreement on split hours reached with the unions on an experimental basis for Milan, where the forced closure of the Galleria branch, evicted by the municipal government, had put 95 jobs at risk.

The dismissals were withdrawn, and all the employees in theprovinceofMilanwill share the daily service during peak hours (lunch and dinner), in exchange for more money and more full-time contracts.

We will eliminate Project Contracts and freelancing with V.A.T. It means 65 fewer jobs»

Under the heading of flexible employment, the numbers displayed on the computer of Antonio Dragotto, human resources manager at St Microelectronics Italia (8,700 employees), are important.

Between 2009 and August 2012, 790 temporary office personnel and operators joined the company, 58 with project contracts, and 674 with internships. Says Dragotto: «At St flexibility does not aim to create precarious employment but to enable people to participate in opportunities, even in a chaotic economic period: as soon as the service contracts with our clients become stable, as they did in Agrate, we increase our permanent staff and production capacity».

The proof? «Only in the last year and a half we confirmed the permanent employment of 483 temps in our production that we had working here with service contracts» says Dragotto; 63 people were confirmed as recently as last July.

«Now» adds Dragotto «we will continue to use the service contracts but we will eliminate all the project contracts and freelancers with V.A.T.».

In 2011 at St between project contractors and freelancers with V.A.T. we employed 65 people, generally people with a degree, engaged in innovative projects. What will happen now? «While before, confirmation was uncertain, now the termination of those contracts is certain. The restrictions introduced make them unusable».

What about apprenticeship? «It's no use to us - our focus is on recent graduates. We hire the best immediately on a permanent basis». In 2011, they hired 232 graduates of the five-year degree course.