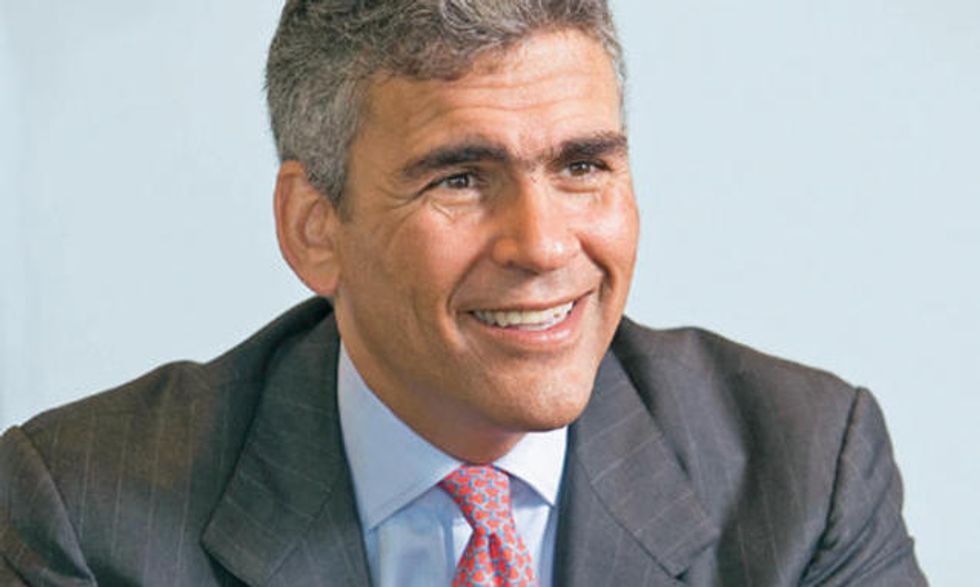 Care to bet that Alitalia will be profitable once again by 2014?

Andrea Ragnetti, the CEO of the airline talks for the first time about his «mission impossible».

If on November 23, 1995, an astronaut had landed in Rome with the first Air One flight from Linate to Fiumicino, he certainly would not have called it a giant leap for humanity, but he would have found it satisfying in some respects, at any rate: the ticket cost 180,000 lire (ca. 90 euros/$120), 70,000 (ca.35 euros/$45) less than Alitalia, which had held the monopoly until then. But 17 years later we are back where we started.

Just a few days before October 10, the countdown has started at Alitalia headquarters: that is the date when the Regional Administrative Tribunal will hand down its decision on the dispute between the Antitrust authority and the airline, which once again holds the monopoly on the Milan-Rome route, and which (we will see to what extent) will now have to leave some space to the competition.

In his first interview since he was appointed Managing Director last March, Andrea Ragnetti promises: «Whatever the decision we will comply with its provisions, however let's not exaggerate about the consequences; Rome-Milan is an important route for us, but not as much as it was a few years ago.

The Antitrust authorities refuse to consider high speed trains, which have harmed us much more than an airline competitor, and will do even more damage if they really do get the travel time down to two and a half hours. Ntv is even advertising its Italo train right here at Fiumicino. And we aren't going to take it lying down - we are ready to fight back».

Mr. Ragnetti, your relations with the Antitrust authorities have been a little tense lately. You certainly didn't engage in an exchange of pleasantries over the possible acquisition of Wind Jet, the Sicilian low-cost company that went bankrupt this summer, and for which there is now talk of an unlikely intervention of the region with its financial law.

The decision of the Antitrust authorities on the spaces we would have to yield to the competition on flights to and from Sicily arrived only on July 17 and it was really too late for us, too close to the summer season, as we had said many times. And in any case, after our flights were halted, we took measures to protect our passengers, i.e. to carry those who had already purchased their tickets and risked being left on the ground. This operation cost us over 2 million euros, which is a lot of money. I can't deny that it hurt.

We'll see. InCatania, but also inPalermo, the airports have asked us to take a stand and we have, by adding more flights. Meridiana has been even more aggressive than us.

You were also interested in Blue Panorama. After that episode, have you given up further attempts at acquisition?

We're fine as we are.

Actually, it was you that was supposed to be the focus of an acquisition, by Air France.

I have always said that it's necessary, indeed essential, to be part of a larger group, because size pays. The integration with Air France-Klm (the main shareholder with 25 percent, ed.note) is the most logical, as things stand now. But how it's done is very important. The more solid we are, the more negotiating power we will have.

Fine, let's talk about that: what sort of conditions will you be in when this happens?

If things had been different, perhaps we would already be talking here about the aggregation. But the market situation remains difficult, and this is a business that is immediately affected by the economic downturn, first with those who travel for business, and later also with those who travel for vacations, or in any case use the airlines for travel in their leisure time. Passengers have decreased by 10 percent on the domestic market.

So when will these negotiations with Air France take place?

I can tell you with certainty that there will be no discussions until 2013, at the earliest.

There are fears that then the French will take much of the Italian traffic to Paris.

I don't see why. I've lived for years inHollandand taken hundreds of KLM flights, that is flights of the Air France-KLM group, without ever finding the slightest sign of the French presence, except in the integration of the fidelity card. YetAmsterdamis close toParisand the risk of dilution for the Dutch was really significant. WhileRomeis a third very important hub for the development of our alliance.

So there's nothing to worry about?

On the contrary: the risk is that we won't be able to intercept the great flows of traffic from countries likeChina. At the present time, the second airport in Europe for the arrival of Chinese tourists isFrankfurt: does that make sense to you?Rome, on the other hand, would be a serious European hub.

In the meantime, how are the company's accounts looking?

The first six months of the year were difficult and interrupted a positive series. This was due to factors beyond our control, like the price of oil, which cost us an extra 100 million euros. However in the third quarter the operating margin should be positive. The fourth quarter is a huge challenge, however, because historically it has always been negative for Alitalia. It would be fantastic to achieve a small positive result. I'm working with an exceptional team, full of enthusiasm. They deserve some success, and the whole country deserves it, since we are one of the most well-known symbols in the world.

But don't you ever think about the shareholders? You've got the craziest shareholder breakdown in the world, with entrepreneurs who make motorbikes and gutters, steel and containers, and maybe some of them are wondering if it's possible to make a little money with this business too.

Certainly it's possible to make a profit, otherwise I wouldn't be here. The shareholders have already suffered enough. However, even though they still haven't earned any money from this adventure, they have done something important. They took a dead company and now it has the foundations to become one of the finest airlines inEurope.

Yes, but what about the accounts?

Alitalia hasn't had a positive margin in the last fifteen years, and until 2008 it had burned 5 billion euros. If we succeed in 2013, it will be extraordinary. But in 2014 we aim to have an actual profit, even if it's only a million euro.

In the meantime the scenario risks changing. Are you afraid of some news in the discussion on the new balances between Linate and Malpensa?

We are perplexed, to say the least. Destroying Linate would be devastating for our accounts. To make Malpensa a hub would require a company that could take charge of it, but if they're thinking of us, we can't be at Malpensa and Fiumicino both.

From Milan to Rome: with the complicity of the works on Ciampino airport, you have Ryanair on your turf, right here at Fiumicino.

The low-cost airlines must not stay here, obviously. It would be a catastrophe for us and for Fiumicino and would threaten our very survival and the development of a strategic hub. Low-cost airlines don't occupy an international hub in any European country.

In the meantime Ryanair is growing and giving itself airs. It slammed the door on the Verona airport because they refused to pay 15 euros a passenger any more...

Ryanair has done better than anyone on prices, and has filled a gap, we have to recognize that. They use all the tricks of the trade. They have a system of subsidies and aid that they negotiate with local governments and airports, and we have already expressed our opinion about that. But aside from prices, flying is made up of a lot of other things: service, flexibility and security. We invest a lot more in those things. And besides...

Michael O'Leary (CEO of Ryanair, ed.note) is a bully, because he continues to insult all the competitors, including Alitalia. A company that behaves like that can't be qualitatively credible. Service is courtesy and respect and Alitalia has made enormous progress in this area. Consumers aren't stupid, they notice these things and sooner or later they will get back at you.

In these months have you ever thought: why did I let myself in for this?

Sure, plenty of times. But that's normal. Otherwise where's the challenge?