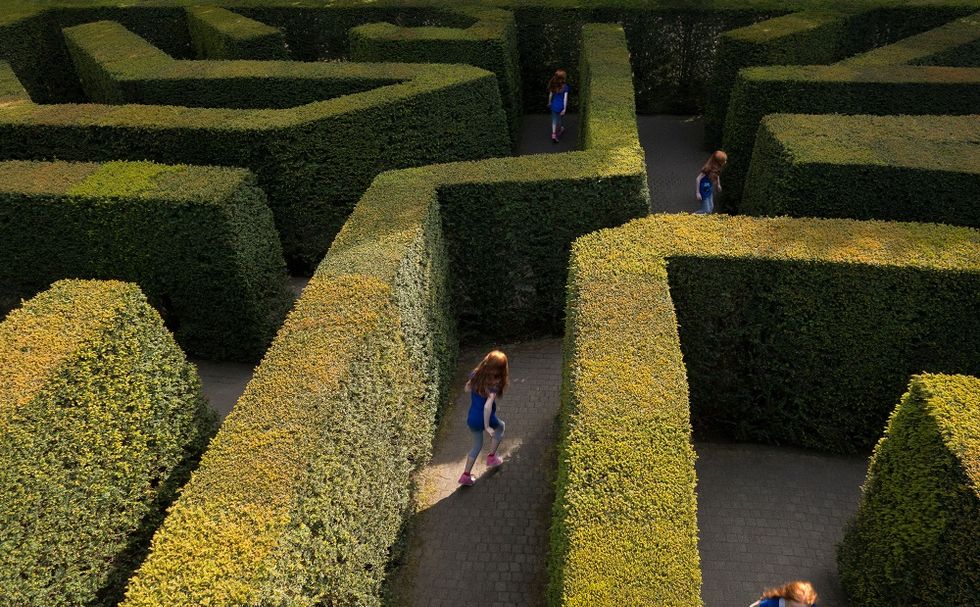 Welcome to Franco Maria Ricci's Labirinto, the biggest maze in the world

Several varieties of bamboo plants made up Franco Maria Ricci's Labyrinth, extending along 7 hectares of land in Fontanellato, a small city near Parma.  The famous Italian art editor fulfilled his ambition of creating the biggest maze in the world. More the 5000 squared meters will be devoted to Ricci's art collection and to a library hosting 1200 books and 15 volumes of history of arts.

Conceived about six years ago, the maze is three km long. Ricci chose bamboo since it grows very fast, creating majestic hedges is a very short time. In order to boost last adjustments, a team of architects, decorators, gardeners and bricklayers is constantly working on site. The Labyrinth has been inaugurated at the end of May and will open to public in early June. Ricci and his wife Laura Casalis are regularly monitoring the preparatory activities for their greatest project.

Trepidation and curiosity are spread since the Maze is not only a work of art itself, but also a venue where people can admire other masterpieces. In particular, there will be halls devoted to galleries hosting big names like Jacopo Ligozzi, Luca Cambiaso, Lorenzo Bernini and contemporaries artists - such as Corcos, Savinio, Erté - all part of Ricci's personal collection. Furthermore, there will be temporary exhibitions (such as Pietro Ghizzardi's one) and a space devoted to a bistrot. By the same token, Bodoni's hall will host gala events and there will also be a bookshop as well as two suites for special guests.

Low buildings characterized by small towers, columns, pyramids constitute the heart of the maze. This style recalls the Prohibited City of Chinese emperors mixed with elements of Italian architecture, such as the typical red bricks from Este.

Certainly, the majestic Maze stands as the happy ending of a demanding project in which Ricci invested a lot, starting from his publishing house. In fact, he sold the latter in 2004 and now bought it again, which will be located at the centre of the Labyrinth.