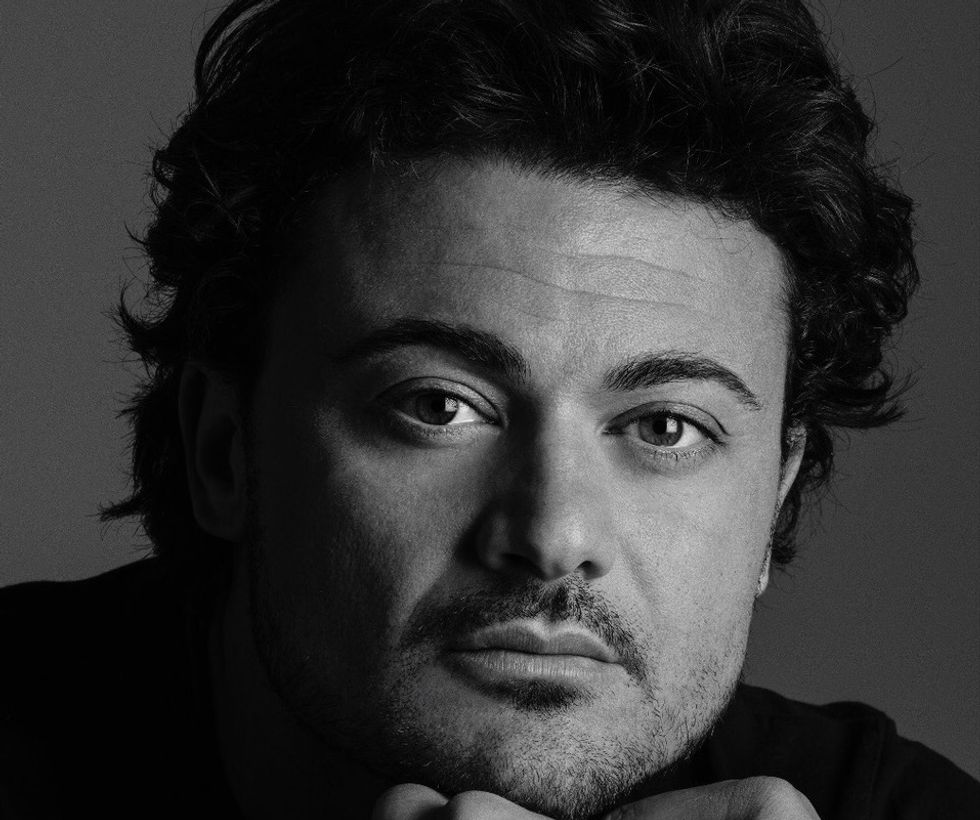 Vittorio Grigolo is a guest star at This is Italy, Parts Unknown

This is Italy, Parts Unknown - taking place in New York from October 31st until November 2nd - will be a moment to celebrate Italian excellences and to exalt culture in all its forms. On this purpose, the Guggenheim Museum will host a concert with professionals from the Scala Theatre in Milan (Cameristi della Scala) and Vittorio Grigolo. The concert - sponsored by Salini Impregilo Group - will take place on 2nd November at the Guggenheim Museum Auditorium. The famous tenor Vittorio Grigolo will be the protagonist of the event. Mr. Grigolo has been considered Luciano Pavarotti's heir and this concert in New York certainly stands out as a unique chance to meet the outstanding Italian artist. After the concert, Vittorio Grigolo will meet his public in a unique one-to-one encounter at the Guggenheim Museum Auditorium.

Vittorio Grigolo - born in Arezzo in 1977- started singing when he was only 4 years old. When he moved to Rome with his family, young Vittorio was selected to sing in the prestigious choir of the Sistine Chapel. He debuted in opera theatre when he was only 13 years old, performing the part of a young pastor in Tosca, in Rome Opera Theatre, besides the king of opera Luciano Pavarotti. Vittorio continued his outstanding carrier and in 2000 he became the youngest tenor singing at Scala Theatre. Vittorio has also debuted in popular masterpieces, such as the Barber of Seville, Cosi Fan Tutte, The Elixir of Love, La Traviata and Rigoletto.

Vittorio has also performed in television, in the "Rigoletto a Mantova", produced by Rai. Together with Alkistis Protopsalt, Vittorio opened the Olympic Games in Athens singing the main song of the event. More recently, in 2012, Vittorio performed two characters at Scala Theatre: Rodolfo in La Bohème and the Duke of Mantua in Rigoletto, working with outstanding international artists like Angela Gheoghiu and George Gagnidze.

Among the prizes awarded by Grigolo, the European Commission has given him the European Border Breakers Award 2006 for the success obtained by his album not only in Italy but also at the international level.