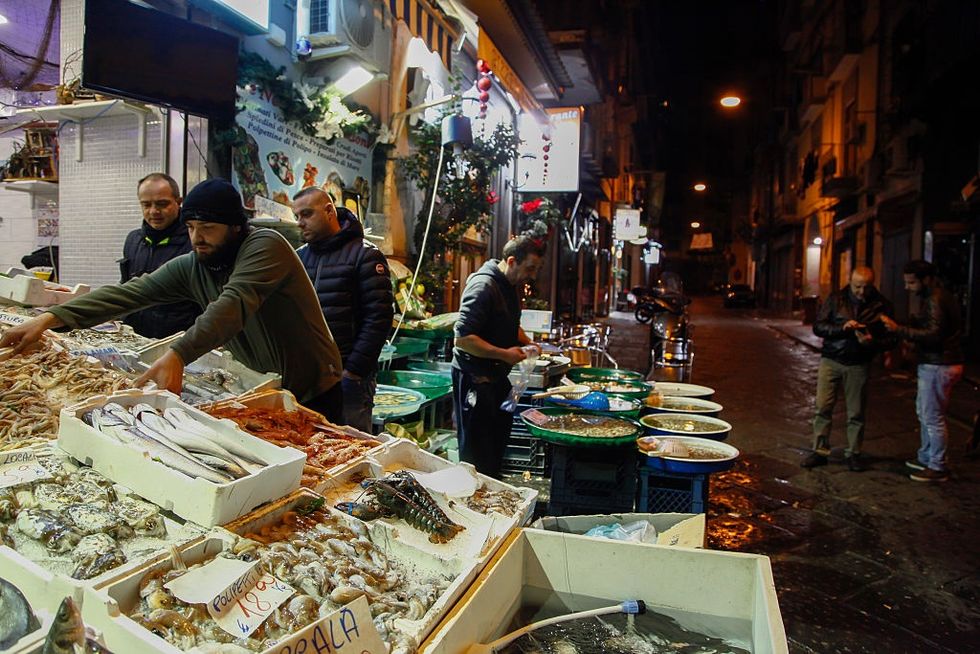 The secrets of Antonio Cannavacciuolo's cuisine

Explaining why pasta is like dialect, defining people’s stories, family, territory and life

Antonio Cannavacciuolo has become one of the most famous Italian Chefs in the world. Originally from Vico Equense (Naples), Cannavacciuolo started playing with flavours and ingredients, having his father - chef de cuisine as well - as a leader to follow in the kitchen.

Antonio was able to blend dishes from Northern and Southern Italy, soon conquering a position in the kitchen of the glamour hotel Villa Crespi (2 Michelin stars) when he was only 24 years old. His career has rapidly progressed, reaching the peak thanks to the shows Masterchef and Nightmare Kitchens, where Cannavacciuolo works with other famous cooks like Bruno Barbieri, Joe Bastianich and Carlo Cracco. In his series in several volumes "Haute Cuisine Everyday", the Italian Chef leads the reader into a path aimed at rediscovering the preparation of a number of traditional Italian dishes. Homemade pasta is one of them. According to the specific variety (tortellini, ravioli), the book zooms on several local traditions and kinds, affirming that "pasta is like dialect: it defines people's stories, family, territory and life".

The series is made up of 20 recipes books, each of them specifically focused on a dish or an ingredient. For instance, the Fried, Fish and Small Patisserie. Cannavacciuolo has included a number of recipes characterized by simple ingredients, easy to use and to be found. Some of these recipes were taken from the Chef's personal recipes book.

Some examples of dishes included are "O cuoppo", typical street food from Naples made up of fried vegetables, and "Fagottini", that is pasta dough filled with blue cheese and tomatoes.

As reminded by the Italian daily Corriere della Sera, every single recipe book is characterized by Cannavacciuolo's philosophy: " a poor dish can become a chef's dish thanks to the fantasy of the person who makes it". Great attention is also given to the dish decoration and to the right blend between all different flavours.