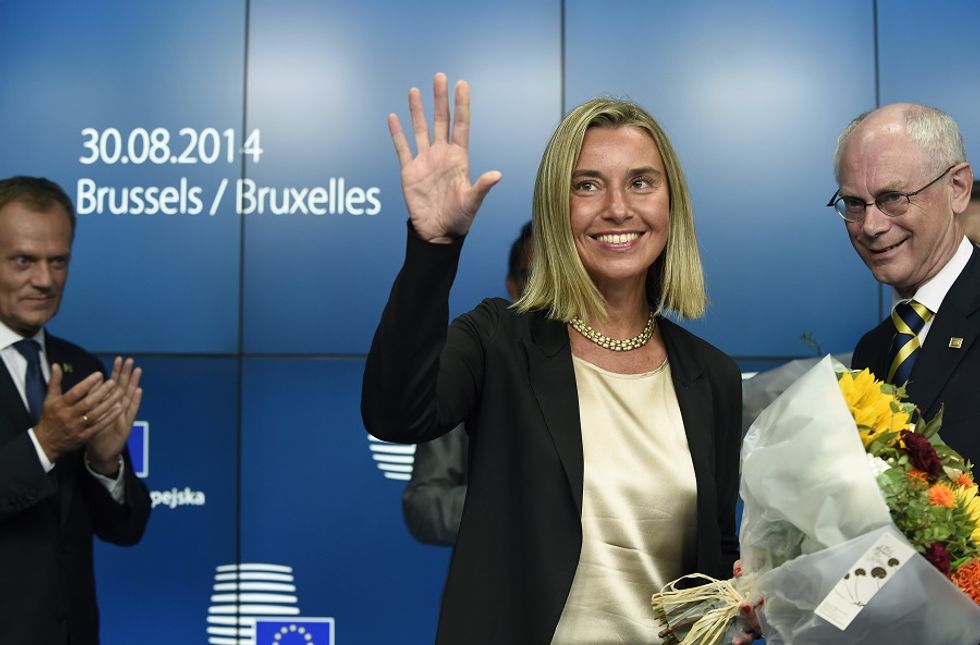 Widely criticised for being too inexperienced and too soft on Russia, the former Italian foreign minister has her change to prove the EU wrong

The European heads of state and government have chosen Polish Prime Minister Donald Tusk as their new chairman and Italian Foreign Minister Frederica Mogherini as the new EU foreign-policy chief. The Italian 41-year-old minister will lead the EU's foreign policy for the next five years.

Before her appointment, Mogherini was widely criticised for two reasons. First, she was considered as too inexperienced to replace Catherine Ashton as the High Representative of the Union for Foreign Affairs and Security Policy, as she has been Italy's foreign minister for a bit more than six months, only. Second, she has been labelled as too soft on Russia mainly because of the way in which she behaved during an official visit in Russia in early July.

Referring to her supposed inexperience, The Irish Timesstressed that it is time for Europe to find out if Mogherini is really "inexperienced" or merely "untested", adding that "in a country [such as Italy] that for so long has been dominated by a self-referential, all-male gerontocracy, Mogherini represents a breath of fresh air." Further, Mogherini has been the foreign affairs "expert" within Italy's governing Democratic Party for nearly eleven years, her English is excellent and her French is good, and this is definitely a good asset for a person whose main job is speaking to world leaders. Finally, "she has an enviable parliamentary attendance rate of 98.2 per cent in the current legislature", another detail that, according to The Irish Times, confirms "her reputation as a serious, well-prepared and hardworking politician".

Referring to her assumed pro-Russian attitude, it should be said that most of these accusations were unfounded, as in approaching Putin Mogherini has done nothing different from what other EU leaders, Angela Merkel included, did before her. Further, it is widely known that the EU foreign policy chief does not really decide on the EU foreign policy as individual member states tend to play a leading role in it, and Mogherini won't be able to change this trend. However, following Putin's most recent declarations, the new EU leader is aware that more coordination is needed to face contemporary security challenges, and she will certainly do her best to prove her commitment to lead the EU in this direction. So let's test her for what she will be able to accomplish in this field rather than for what she has done in Italy and elsewhere so far.