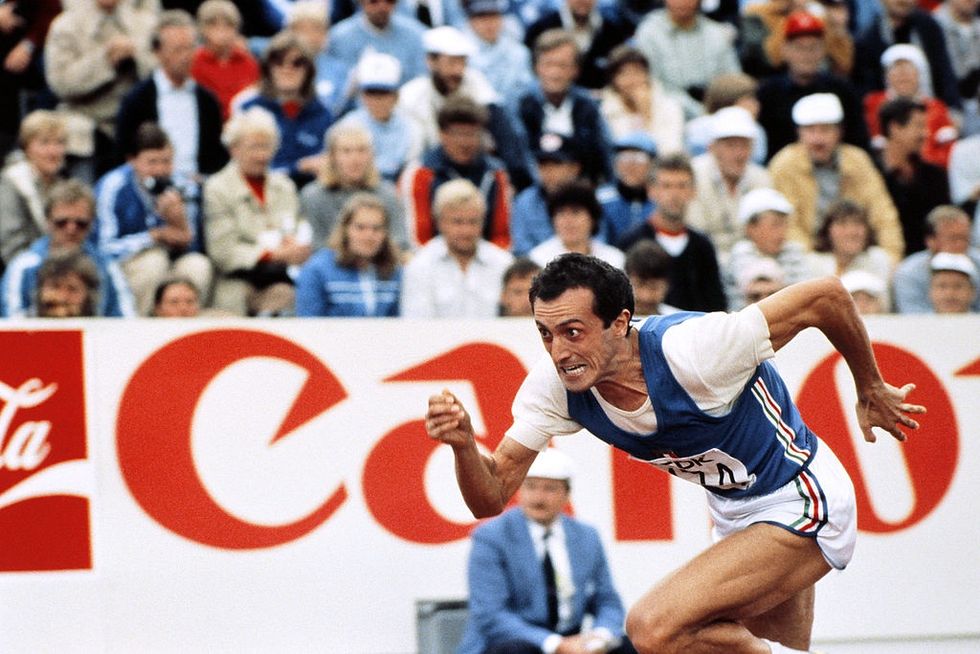 A multi-talented Italian mind and body

September 12th 1979 is a date that many Pietro Mennea's fans would certainly remember. The Italian athletics champion made his greatest record in Mexico City, at the 200 metres Universiade final. Pietro hit 19 seconds and 72 cents which remained unchallenged for 17 years, when Michael Johnson finally beat Pietro.

Pietro Paolo Mennea will always be one of the greatest Italian champions in athletics. He was born in 1952 in a very humble family and - since his childhood - he stood out for his great talent as a sprinter. Pietro debuted when he was only 19 years old at the European Championship in 1971, winning a bronze medal. But the year after, Mennea was already competing at the Olympic games in Munich, where he got the third position. Pietro got his first golden medal in 1978 in Prague at the European Championship for the 100 and 200 metres.

Mennea's greatest achievement came in 1979, when he won the world record, followed by another world record a year after in a different altitude. 1980 is also remembered by Mennea's victory at the 200 metres in Moscow Olympic Games. In this occasion, Mennea left all his supporters in a very challenging final with the British Allan Wells, who was beaten for only 2 cents. The journalists labelled Mennea's achievement at that time "an extraordinary endeavour".

After having announced his retirement in 1981, he surprisingly came back the year after and took part to the European relay race for the 100 metres where he arrived 4th. Another great achievement was the Los Angeles Olympic Games in 1984, where Mennea distinguished himself for being the only athlete in the world able to race for 4 finals in a row, achieving at the end the 7th position. After his retirement, the outstanding Italian champion continued achieving amazing results in the field of education. In fact, Mennea got 4 different degrees (Political Science, Law, Literature and Sciences of Physical Education), became a lawyer a before passing away in 2013.