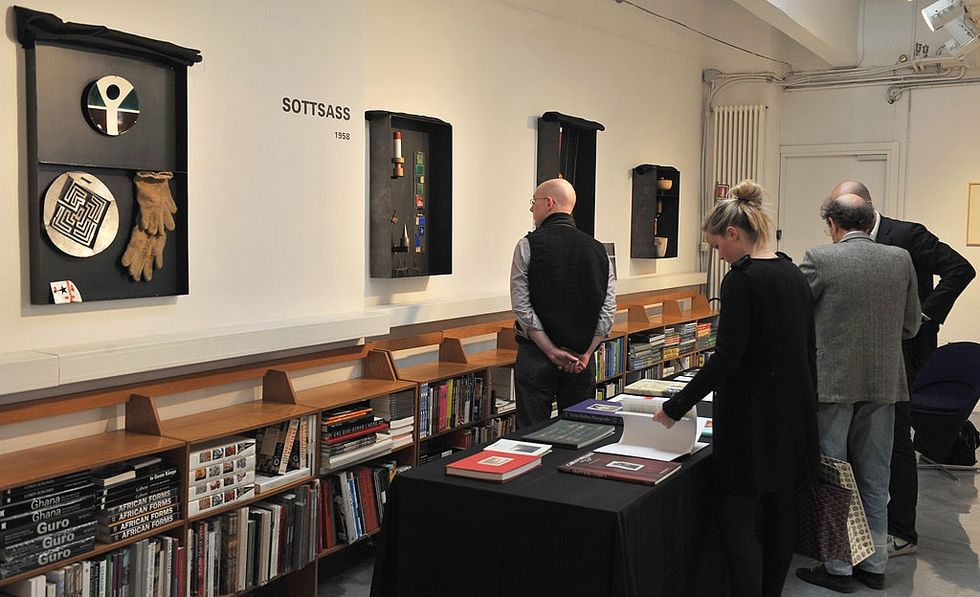 2017 marks 100 years since the birth of Ettore Sottsass, the Italian master of postmodern design who is best known as the founder of the Memphis Group in the 1980s. He secured a permanent place in design (and art) history thanks to his playful and whimsical everyday items, including office cabinets, table lamps, ice buckets and silverware; his most famous creation is the popular Olivetti portable red typewriter, released on Valentine's Day in 1969.

Together with his colleagues from the Memphis Group, he shaped a clearly identifiable (although much-imitated) style, made of wonky angles, bright colours and striped or polka-dotted decorations. Sottsass brought an authentic revolution in the world of design, as his desire was to add more to an object than its mere function: "When I was young, all we ever heard about was functionalism, functionalism, functionalism. It's not enough. Design should also be sensual and exciting", he said in a famous interview. He died on December 31st, 2007, but the design consultancy studio which he named Sottsass Associati is still operating in London.

The New York Metropolitan Museum of Art is celebrating the Ettore Sottsass centenary with a retrospective of key works in various media, from architectural drawings to furniture, machines, ceramics, glassware, jewels, photographs and paintings. His works are presented along with old and modern objects that influenced his work. The exhibition was inaugurated on July 21st and will remain open to the public until October 8th. Other important museums around the world are celebrating Sottsass legacy, including the Vitra Design Museum in Weil am Rhein (Germany). In Italy, the most important exhibition was organized in Venice, at Le Stanze del Vetro on the Island of San Giorgio Maggiore, where more than 200 works in glass and crystal by the Italian design master were on display until the end of July.