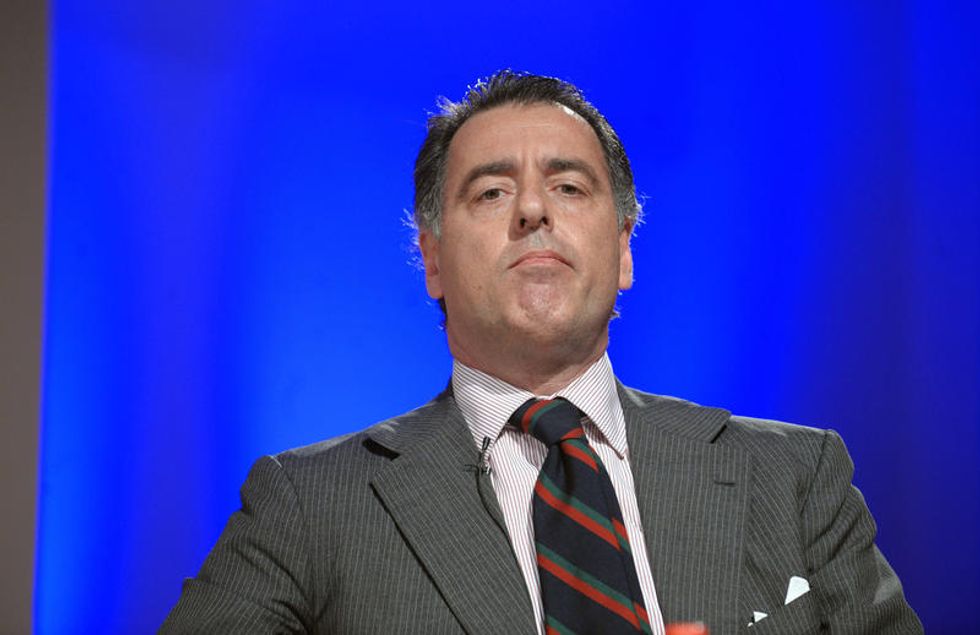 It’s possible to help young people with hi-tech ideas take on the market, says the mind behind the Italian Business & Investment Initiative. He has launched an appeal to government and academia

The idea-man behind Why Italy Matters to the World, an association created as an ambassador for Made in Italy throughout the world. On April 13 he organized at Luiss University in Rome the event entitled: Fare impresa non è più un'impresa: il piano high-tech che fa crescere l'Italia nel mondo (in English: Creating an enterprise is no longer an enterprise: the high-tech plan for Italian growth throughout the world).

On April 13 at Luiss University in Rome, the Italian Business & Investment Initiative (IB&II) launched a call for action - a joint project between leading players in society today, including national and local government, major companies and young people to bring about Italian growth on an international level through young people and high-tech start-ups.

The project has already produced results because of its international scope, organization and pragmatism. In the last five years we have built these conditions, first of all, with the Fulbright Best scholarship and then with the Italian Business & Investment Initiative. The former makes it possible for young people with a high-tech idea to work in a start-up in Silicon Valley to learn how to create a company.

When they return after eight months abroad, they are helped to create one themselves. In four years, 45 young people have been to the US and they have created 26 companies in Italy. The latter, based in New York in cooperation with Innogest, Intesa Start Up Initiative, Mind The Bridge and Baia, has created a permanent base which, on one hand, speaks the Anglo-Saxon language of business and illustrates the high-tech forces in Italy, and on the other, has established a network of relationships with US investors.

In 2011, 35 Italian high-tech companies met with 500 US investors. Italy's diplomatic missions in the United States have done an excellent job in supporting these programs. Through Fulbright Best, Mind The Bridge, Intesa and Baia we can obtain a scale effect to allow a thousand young people to go to the US over the next three years.

The Tuscany and Emilia-Romagna regions are a point of reference. They have financed Best scholarships using European funds and we invite all presidents of Italian regions to do this - it costs nothing.

IB&II was created in 2010 thanks to the support of farsighted leaders of some major Italian companies, including Alitalia, Dompé Farmaceutici, ENEL, ENEL Green Power, ENI, Generali, Intesa, Mediaset and Wind. They shared the idea that these programs would be useful policy-making tools for the government and that it would be important to have a permanent and high-tech focused base in the United States.

Media, biotechnologies, advanced materials and renewable energy are some of the technologies in which Italy excels on an international level. Very few people know that. Over the ten-year period 1998-2008, Italy published 400,000 scientific studies, just a bit less than France.

But in terms of citations per dollar invested in research and development, Italy is at the top, a sign of the tremendous ability of our young researchers. Subsequent to the 2011 meeting in New York, in their previous positions, four ministers of the current Italian government (Piero Gnudi, Corrado Passera, Francesco Profumo and Giulio Terzi di Sant'Agata) supported these programs.

There later emerged the opportunity to organize an event in Rome with them (the April 13 Luiss University event) to describe along with those who had already benefited from these programs the tangible value of the opportunities offered.

One of the unique aspects of the call for action promoted by IB&II is that each participant - government, US embassy, major company, sector operators and young people - satisfies its own core business or constituency. For example, the government launched a law to simplify the founding of companies by young people.

For reasons of scale and scope, it is fundamental that large Italian companies understand that this segment is an innovation opportunity for their respective core businesses. IB&II partners see this occasion as a catalyst.

The media will play the part of watch-dogs to check if promises are maintained. We intend repeating this each year. We will present a census on Italian universities, incubators, accelerators, start-ups and venture capital. We expect that the vigor and organic nature of these initiatives will generate confidence in young people and a propensity for risk and large amounts of activity in high-tech.

This event will be held at Luiss University. This university, it should be noted, is the "temple" without which there would be nothing. The US embassy and Department of State listened closely and were supporters and sources of inspiration for what has ensued from it.

After one year of being in operation, IB&II has confirmed its starting hypotheses: that a permanent base to explain Italy generates value, exit strategy options for investors are multiplied with presence on the US shore and that there is interest from US investors in high-tech Italian companies.

In five months, the IB&II website has had 4,000 unique visitors of which 1,400 in New York who spend an average of 4 minutes on the site. IB&II is a guest on Bloomberg TV in New York when Italy and Europe are the subject of discussion. Italy needs a major institutional communications effort in English to explain what the country is about - not just public debt and the deficit. We live under the illusion that the world knows us well because it wears our clothes, eats our food, fills its homes with our furniture and drives Italian super cars.

But this is not the case. Among the young Italians I have met at Columbia University in New York, at Harvard and MIT, there is a desire to see Italy come out of its corner and be a country they can believe in. At the Italian House at NYU last February, including the live stream connection, 800 people took part.

Having the courage to change, to translate into action the logic of one's own analysis means having a large dose of "recklessness" - it is what drives entrepreneurs. Having taken this risk makes IB&II a credible venture, for both Americans and entrepreneurs. IB&II believes that, over the next 5-10 years, Italy will be the new Eldorado of business because it must orient 80% of GDP towards the size and muscle required to compete in global markets.

This will be the real driver for growth. In this strategy, high-tech is essential and results confirm this hypothesis. It has been the equity story of IB&II since 2010, and the progress made by Italy is coherent with this vision and tangible elements of strong, reasoned optimism.