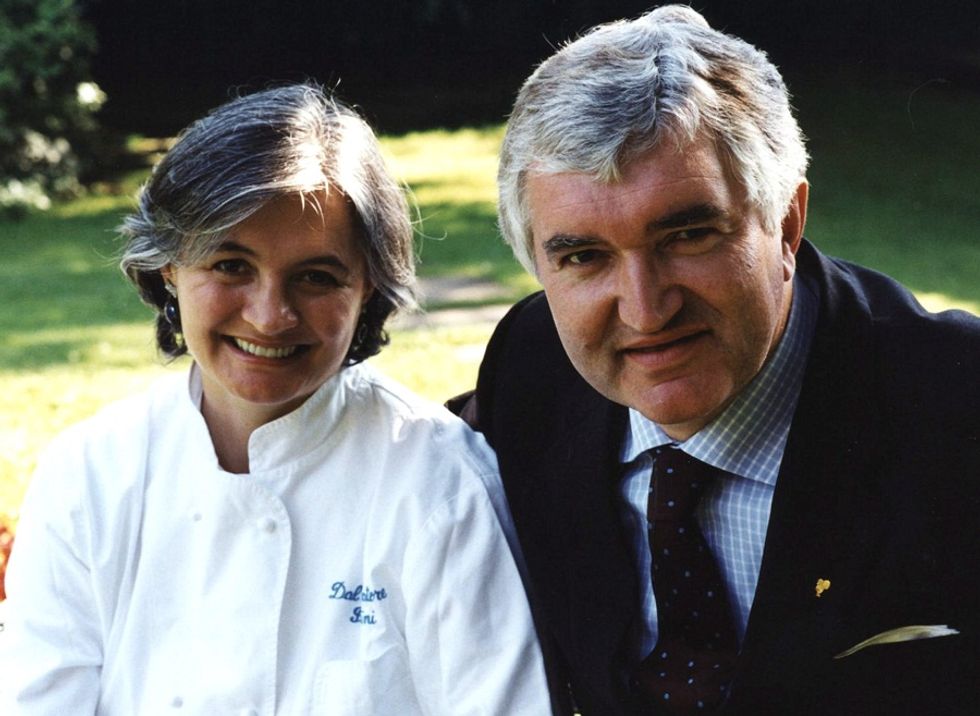 She is the head chef of the Michelin-starred Dal Pescatore restaurant in Canneto sull'Oglio, a village in northern Italy, between Mantua and Cremona

Nadia Santini, the head chef of the Michelin-starred Dal Pescatorerestaurant in Canneto sull'Oglio, a village in northern Italy, between Mantua and Cremona, has been named Veuve Cliquot Best Female Chef by the World's 50 Best Restaurants award.

Santini's restaurant has been set up in 1925 by her husband's family. Like every chef serving for Dal Pescatore, Nadia has been trained by her husband's grandmother, Mrs. Teresa. It is possible that Teresa Santini had a weekness for her daughter-in-law, or that she found in her a special natural inclination for cooking, as when Nadia joined the Santini family, almost 40 years ago, she had never cooked professionally before.

Nadia's mother-in-law Bruna was also a source of inspiration for her. She often stress that she learned from Bruna "the magic of cooking with hands, eyes and instinct".

It took her 20 years to show the world how good and skilled she is. In 1996 Nadia Santini became the first Italian female chef to be awarded three Michelin stars for a kitchen "offering authentic Italian cuisine combined with modern influences".

Many fans of Dal Pescatore restaurant say that the extraordinary food is not the only reason why they love this tiny place apparently located in the middle of nowhere. Going there feels more like visiting a friend's elegant country home, with table spacing and lighting creating a perfect harmony of intimacy, but never letting costumers feeling alone or isolated.

Praising loyalty to the 100-year history of the restaurant, Dal Pescatore remains today a family affair, with Nadia's husband, Antonio, managing the front of the house and their sons Alberto and Giovanni also working there.

Antonio Santini is so proud of his wife: he said that with her help he managed to let his grandparents dream survive. He still remembers all the stories he was told related to that incredible 1925, when his grandfather acquired "a fisherman's hut built of rushes and a few bricks on the shore of a small lake that now lies within the Dell'Oglio park". He married Teresa one year later, and then was when their great adventure really started. "Grandpa set out each morning, returning with fish that grandma would cook, along with some other traditional local recipes".

In twelve years' time Dal Pescatore will celebrate its first centenary. Let's see how the Santini family is going to make that year so special.