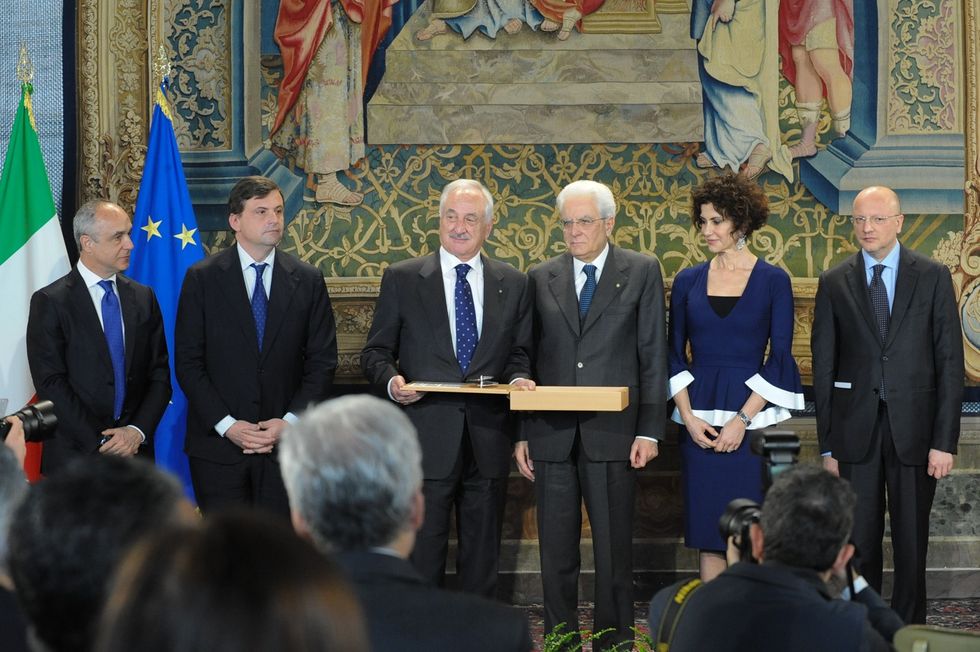 The Italian president of Republic, Sergio Mattarella, has recently assigned the prestigious Leonardo Prizes 2016. The awards were sponsored by Leonardo Committee, funded in 1993 by a group of entrepreneurs whose aim was to strengthen and promote the image of Italy in the world.

The prizes were given to companies better representing the excellences of Made in Italy also exporting their products abroad. Exports still continue to be a great source of strength for Italian companies and those belonging to Leonardo's Committee have achieved impressing results. In particular, they have produced 350 billion euros of total turnover in 2016, with 54% of export percentage, according to the figures revealed by Luisa Todini, president of Leonardo Committee.

Leonardo Prizes 2016 were given to Alberto Bombassei, president of Brembo, an international leader in the field of braking systems. Since Alberto's presidency, the company has shown outstanding performances in the Stock Market, with a 770% growth in the last 5 years. Another prize was given to Francesco Casoli, president of Elica Spa, a protagonist in the field of kitchen extractor fans. The company is internationally well-known and can be proud of its impressive expertise of its field, thanks to the major investments in Research & Development. Gruppo Maccaferri was also awarded. The company is active since 1879 and aims at offering products and services to both companies and individuals, always assuring an adequate degree of sustainability and transparency.

The other winners were Gruppo Veronesi and Mesi Agricola Spa, both active in the food and wine sector since a long time.

All the companies awarded have excellent products to offer and stand out as leaders in their field of activity. Furthermore, the continuous increase of Italian exports in the world puts in evidence the great preference for Made in Italy abroad, with a number of consumers fond of Italian quality products.