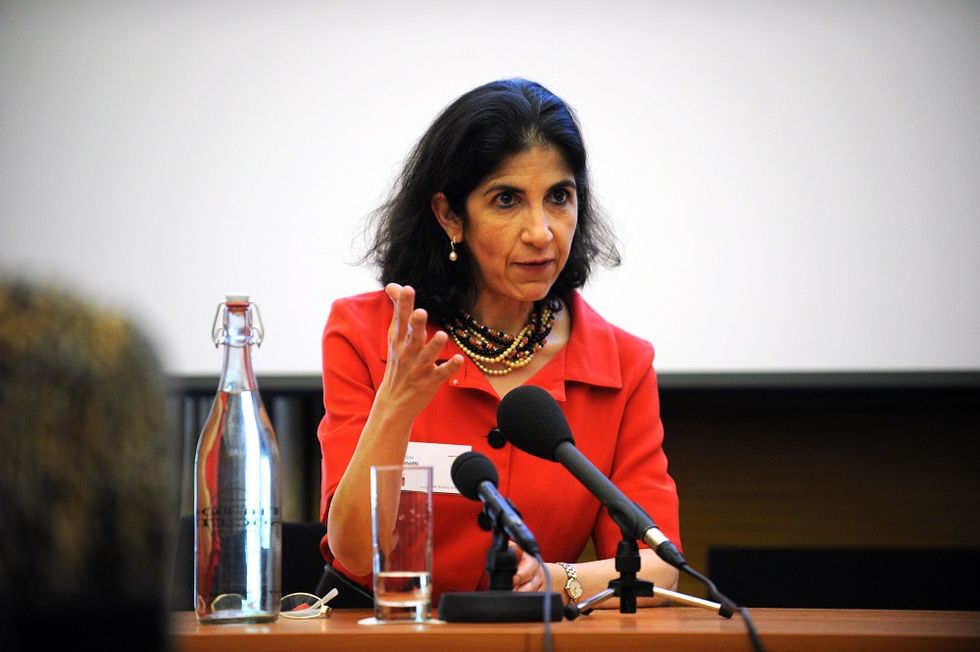 The CERN Council announced the selection of Italian physicist Fabiola Gianotti as the organization's next director-general. Undoubtedly, it is a very prestigious position and a reason of pride for all Italians.  The CERN - the French acronym for European Organization for Nuclear Research- was founded in 1954 as one of Europe's first joint ventures and now has 21 member states. It is a center of scientific excellence where physicists and engineers use the world's largest and most complex scientific instruments to study the basic constituents of matter, i.e. the fundamental particles which provide insights into the core laws of nature.

Gianotti was leader of the ATLAS experiment that led to the discovery of the Higgs boson, a particle that helps physicists explain the existence of mass, recognized by the award of the Nobel Prize to François Englert and Peter Higgs in 2013. She will be the first woman to hold the position of CERN director-general and she herself declared "It is a great honor and responsibility for me to be selected as the next CERN director-general following 15 outstanding predecessors".

Gianotti received her PhD in experimental particle physics from the University of Milan in 1989. Since 1994 she has been a research physicist in the Physics Department of CERN. She has worked on several CERN experiments, being involved in detector R&D and construction, software development and data analysis. Since August 2013 she has been an honorary professor at the University of Edinburgh. She was included among the "Top 100 most powerful women" by Forbes magazine in 2013 and considered among the "Leading global thinkers of 2013" by Foreign Policy magazine. She is a member of the Italian Academy of Sciences and has served on several other international committees. She was recently selected to be a member of the Scientific Advisory Board of the UN Secretary-General, Ban Ki-moon.