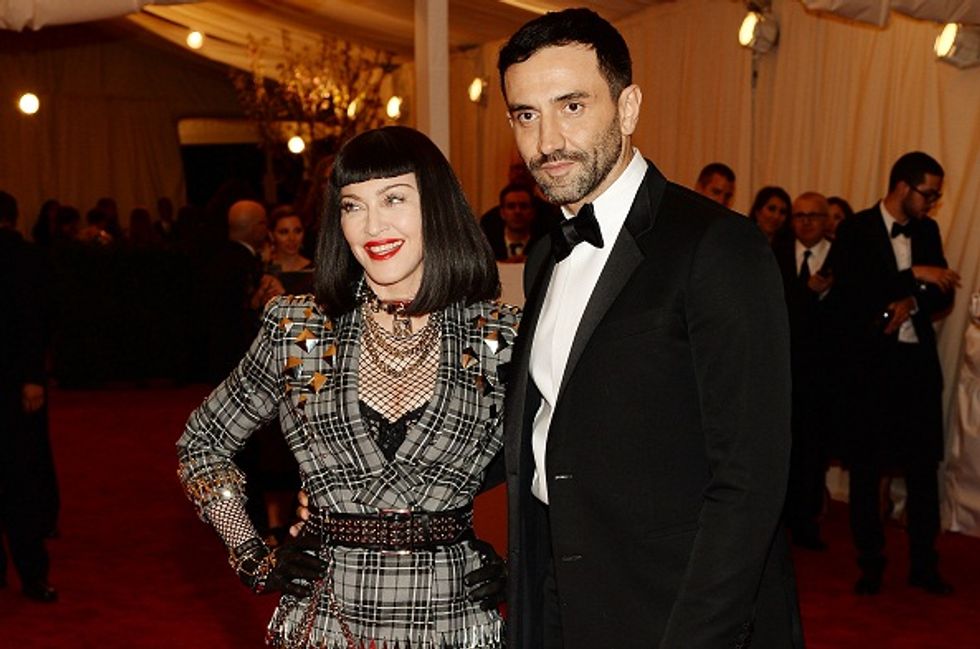 Italian Givenchy's stylist Riccardo Tisci is the trendsetter of the moment

While reinventing the gothic woman in high fashion, making her modern and sensual, Mr. Tisci has also become a trendsetter in terms of social enlightenment

The Italian fashion designer Riccardo Tisci is definitely having his moment. He is currently the French fashion house Givenchy's creative director, where he has been working for the last eight years, and he has successfully just co-chaired the annual Metropolitan Museum of Art's Costume Institute Gala Benefit in New York.

If the handsome Italian 38 year old stylist is in love with the fashion industry, the latter adores him, too. He said once to a New York Times reporter that his work "comes naturally from my heart" and that people can read from his collection whether he is happy or he is going through a tough moment in life, as his style changes accordingly.

In contrast to the sexy images magazines and newspapers usually offer of him, Mr. Tisci appears as a relaxed, friendly, pleasant and deeply down to hearth man. He says he is not interested in becoming a trendsetter (although he already is...), and that every designer should have his or her own way rather than feeling inspired by other stylists.

It is believed that Givenchy has become a cult, a must, thanks to him and his ideas of reinventing the gothic woman in high fashion, making her modern and sensual. However, Tisci's power depends on the fact that he can be strong and romantic at the same time. It is not a coincidence, then, that he is dressing women like Madonna, Rihanna and Curtney Love. He believes that his woman can be so confident with their femininity that they can easily put on menswear, bomber jackets and oversized pieces. They usually stop being weak and fragile thanks to him.

No matter what he says, Riccardo Tisci is a trendsetter not only with clothes. He is indeed the man who decided to engage black and Chinese models before this became popular, and that is now launching transgender and transsexual persons. He is doing this as he finds them very beautiful, fragile and delicate creatures, suffering because most of people refuse to accept them.

"Transsexuals have a soul, a heart, a brain and the only thing they want is to be loved and to love, just like everybody else," and Mr. Tisci is doing what he can to help then to carry their heavy burden, becoming a trendsetter in terms of social enlightenment, too.