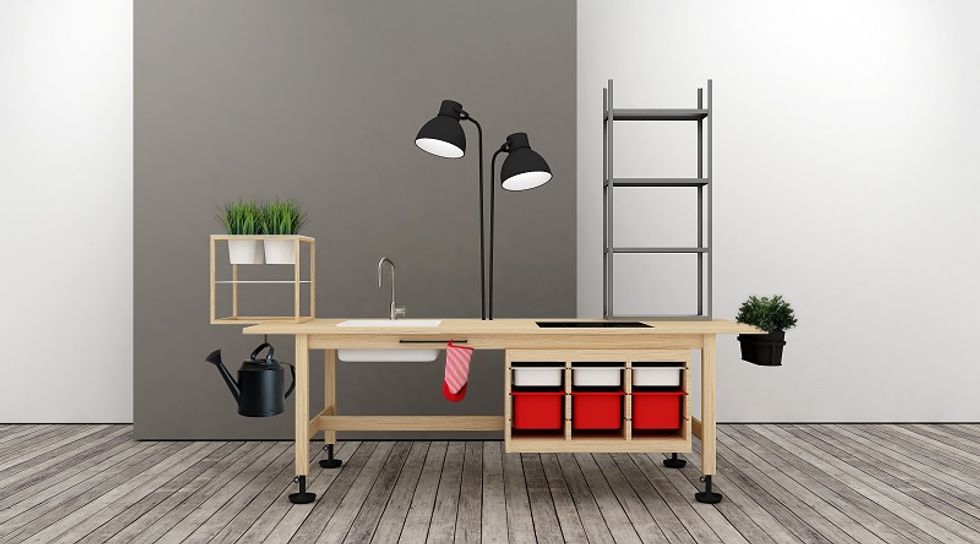 Putting pieces together in an original way, Teste di legno have launched a new line of furniture named 'Linea B'

Previously known only among the circle of design insiders participating in the Fuorisalone of Milan, Teste di legno (literally, Woodenheads) has now gained international attention thanks to Treehugger, a blog and news aggregator by environmental sustainability guru Graham Hill. As Treehugger enjoys a very valuable reputation on the net, with over 25,000 webpages linking to it, it is easy to image the boost in popularity that Teste di legno has obtained through it.

The Italian company is in fact a duo of creative designers, Elia Maurizi and Francesco Pepa, self-depicting as "well turned, smooth, with veins that look like landscapes". They met by chance and developed a new idea together, while assembling some IKEA furniture for their new office.

They had the IKEA manual and were following the instructions, when one suggested the other to put the pieces together in an original manner. The result was nice and functional, so Maurizi and Pepa launched a new line of furniture named "Linea B", a capsule collection comprising kitchen, cabinet, lamp and shelving unit, made entirely of reassigned IKEA pieces.

With their own words, the whole idea can be descried as the response to a question: "is it possible to revolutionize the furniture of IKEA, the company that revolutionized how millions of people live? Yes, it is. With a touch of additional 'creativity', we went beyond the design of the icon-trademark of the Swedish company". In short, they hacked IKEA to create a new look, as Lloyd Alter from Ryerson University points out.

Of course, the result is not traditional furniture - but the design of Linea B is perfectly in line with the most recent trends in design. Think about Remy Tejo or Rupert Blanchard, for example. The Teste di legno are perfectly aware of this: "Although, to quote the famous René Magritte's pipe painting on which it is written 'This is not a pipe', observing our proposals would suggest the comment 'This is not a table'. It is not a table in the way (idea) that we usually imagine (see) a table. Ours is a table with something else inside, above, below and around it".