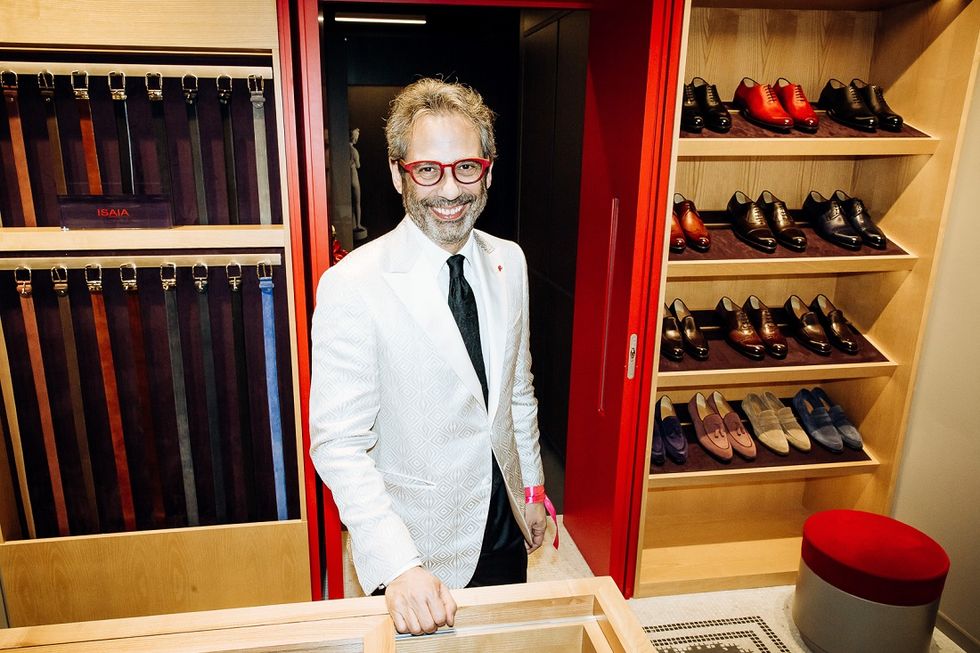 Isaia: ambassador of elegance in the world

A fashion giant in the United States

Isaia is an Italian brand of excellence whose beginning dates back to 1920 when the family Isaia opened up the first fabrics shop in Naples. The business mainly focused on male suits but soon started emerging for its innovation and skilled tailors. The use of finest fabrics and the attention to details gave the right inputs to the small business to grow and expand not only across Italy but also in the world. Today, the company has become an "ambassador of elegance" for Made in Italy also in Russia, Hong Kong and the United States, where it is one of the main supporters of This Is Italy, Parts Unknown, a three-day event celebrating the excellences of Made in Italy.

Isaia started its expansion in 1950s, when the headquarters were moved to Casalnuovo. At that time, the small village had a population of 14.000 inhabitants and 7.000 were tailors. But the major drive for expansion abroad happened in 1980s, when the family-owned business shifted to the industrial model. Today, Isaia exports almost 90% of its total production and the US represents 50% of their exports while in 1980s the situation was exactly the opposite. Entering the USA market was not an easy mission, but Isaia family was persistent and managed to achieve this goal.

Gianluca Isaia - third generation of the family - is today the CEO of the company. Gianluca is one of the most appreciated fashion designers in the world, who constantly acknowledges his Neapolitan origins as a key element for the success of his products. Perfectly in line with Naples traditions, Isaia logo is itself characterized by an unmistakable red coral, having a superstitious character and representing the company's good luck charm. Gianluca Isaia has also pointed out the originality of shapes and colours together with the finest fabrics all coming from Naples as key elements for the success of the brand in the world.

In 2013, Isaia brand counted more than 200 employees and had 35 million and a half turnover, growing more than 10% a year. Certainly, the functional equilibrium between innovation and tradition determined the successful evolution of this Italian success story.