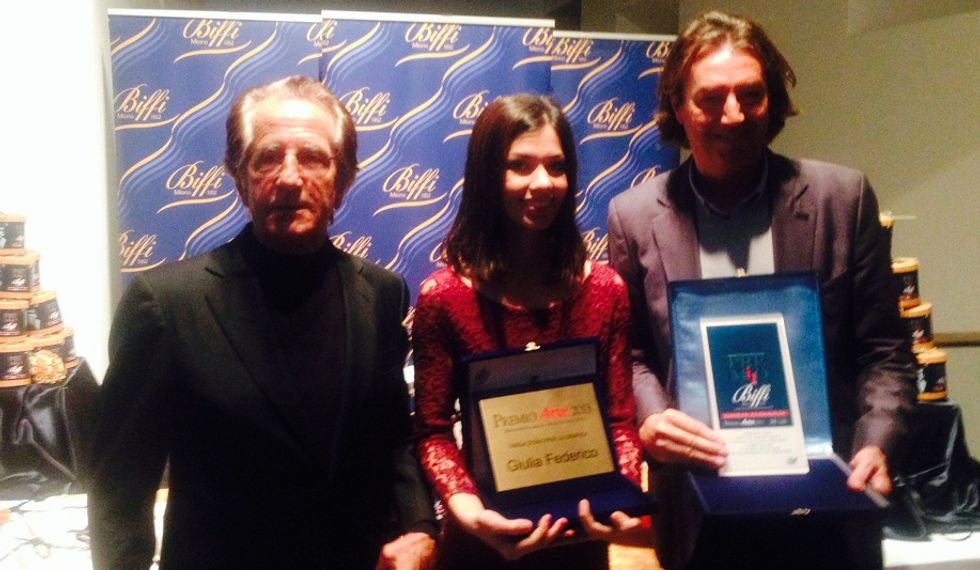 They all gathered in Milan for the 14th edition of the Cairo Prize, an award whose main sponsor is one of the historical brands of Milan's culinary tradition. After a particularly tough selection, it was the drawing of the young graphical artist to be recognized as the best one. Accordingly, Giulia Federico's "still life" charcoal drawing will be now exhibited at the Biffi Art Gallery at Palazzo Marazzani Visconti in Piacenza (from November 13th to December 30th) and for a week also at the Central Saint Martins School of London, a well-known international Mecca for Design.

The young artist describes her "still life" charcoal drawing as "inspired by a melon, meticulously drawn and stylistically precise but entwined with an almost dreamlike interpretation of nature." She considers it "an explosive representation of life", where the meticulous attention to details tells "the story of marvelous nature, in its perennial and fascinating binding of macrocosm and microcosm."

The prestigious prize has been awarded by Mr. Pietro Casella, the president of the culinary company, and it consisted in  a plaque accompanied by a hatbox, the elegant package that is since ever the hallmark of Biffi Panettone.

Confirming Formec Biffi's dedication to promote the production of contemporary art while also helping young people to become protagonists of the national and international art scenes, this prize is mainly a tribute to new generations' capacity to be brave, visionary, passionate for arts, suggestive, and innovative.