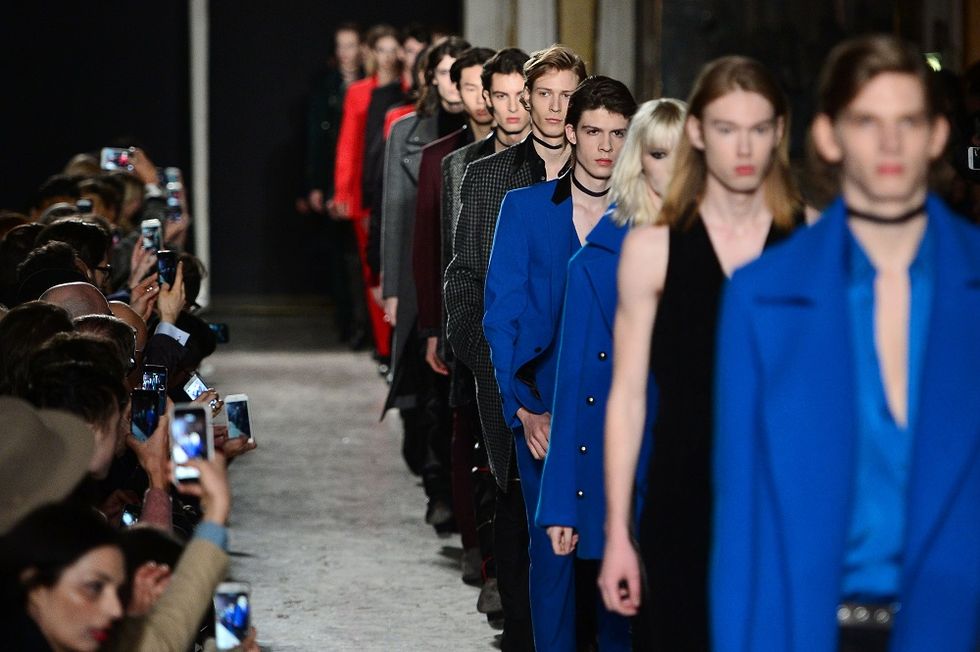 Italian designers showing the singer’s influence on their collections

Milan catwalks are always fascinating. This year, observers found that several designers decided to exploit the famous Milan Fashion Week to pay a tribute to David Bowie and the way he has been influencing fashion through decades.

As reminded by the Hong Kong daily South China Morning Post, Costume National and Roberto Cavalli are probably two of the Italian brands that have been more influenced by Bowie's style and attitude.

Costume National designer Ennio Capasa decided to name the new collection he presented just one week after Bowie's death "Under Pressure", a famous Bowie's song used as a metaphor of a "state of the world amid repeated violent attacks and for the condition of a fashion industry being consumed by fast fashion". The connection with the singer was clear: most of its creations "featured feminine touches for men that embodied early Bowie, from silken scarves tied loosely below the neck to concentric silver beading on jackets and deep scoop necklines on soft velour tops".

To prove that fashion can be very helpful in breaking gender barriers and that men's creations can be suitable for women as well, Capasa made a red, velvety three-piece suit worn first by a male, and then by a female model.

According to Capasa, "The magic beside the incredible talent of [Bowie's] music is that everything he touched became an icon. That is the meaning of a true artist". In the fashion business, real artists can achieve the same with creativity.