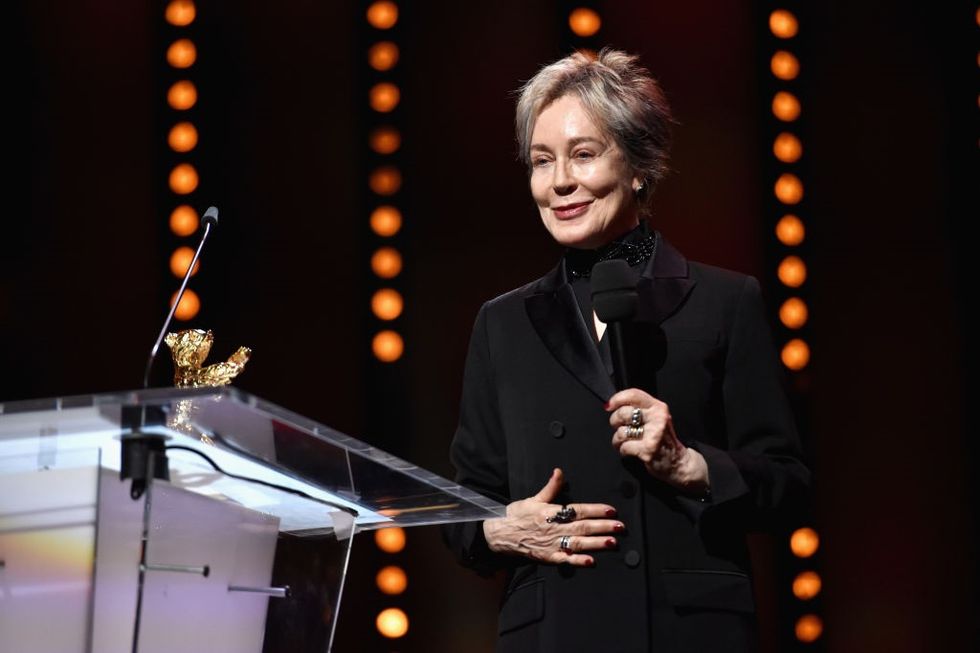 The guest of honour of the 2017 Berlinale Homage was the  Italian costume designer Milena Canonero, who received the Honorary Golden Bear. The prize is given every year to a prominent figure in the movie industry, who is awarded because of an exceptional career.

Milena Canonero is one of the world's most celebrated costume designers, and her outstanding creations have previously earned four Academy Awards and five nominations. Her career began when she met director Stanley Kubrick and designed her first costumes for his 1971 masterpiece, A Clockwork Orange. Milena Canonero then worked on his film Barry Lyndon in 1975, for which she received her first Academy Award, and The Shining in 1980. She collaborated with many other famous directors, including Francis Ford Coppola (she participated in the production of The Cotton Club in 1984 and The Godfather Part III in 1990), Sydney Pollack, Warren Beatty, Wes Anderson, and Steven Soderbergh. Her creations have influenced celebrated fashion designers such as Ralph Lauren and Alexander McQueen.

Milena Canonero received the Honorary Golden Bear at the Berlinale Palast on February 16th. Ten of the most important movies she has worked on over the years were screened in the Homage. "She is an extraordinary costume designer. With her designs, she has contributed decisively to the style of many cinematic masterpieces. With this year's Homage, we would like to honour a great artist as well as direct attention to another film profession," said Berlinale Director Dieter Kosslick, when the award decision was announced. Ms Canonero once said of being a costume designer: "You're not like a fashion designer who is just free to design your collection. Sometimes the director wants to spend a lot of time with you. Sometimes you have more room. You work really closely with the hair and makeup team so you can put together a total look."